A $605,000 grant from the Australian Research Council will fund a project to look into identifying sorghum genes with improved heat tolerance, and incorporating them into new varieties…Read More A research project involving scientists from the NSW Government and the QLD University of Technology, and 15 landholders from the Bega region has identified roller-wiping or spot spraying as a more effective control technique for African lovegrass than mechanical slashing…Read More The new variety, called Wizard, is the pinnacle of seven years of research by the Department’s scientists to develop a crop completely resistant to all known races of leaf rust…Read More WHAT was shaping up as a terrific summer silage season during planting back in December and January is rapidly running out of steam, with silage harvesters in parts of Qld and NSW racing against time to salvage what they can from moisture-depleted dryland summer forage crops…Read More 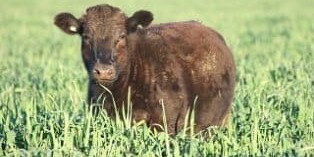 The leader of a project examining high-output forage systems for meeting beef markets, Maree Bowen, will provide an overview of the results and introduce the decision support tools developed during the project in a free Beef Connect webinar to be held tomorrow…Read More

For the second time in two years, demand for oats planting seed from northern New South Wales to Central Queensland is set to outstrip supplies of key varieties…Read More Late frosts are causing major damage to grain crops across Eastern Australia but growers can avoid disaster by turning their frosted crops into hay, a prominent hay merchant suggests. This time last year hundreds of graingrowers used this option after a large portion of the east coast cropping belt was hit by a severe frost.
..Read More