If using the beef name and image didn’t help the alternative protein industry attract investors and sell their products, they simply wouldn’t do it, writes CQ cattle producer, food manufacturer and AgForce cattle board director Mark Davie, in outlining three major issues he believes truth in labelling in legislation must address…Read More Opinion: Our brand is our Industry

There should be no free ride for manufactured plant-based protein products trying to piggyback off the reputation of Aussie red meat, writes Red Meat Advisory Council chair John McKillop…Read More Cost recovery is not a new concept for cattle producers, who are used to paying their way, but critcially, cost efficiencies also need to be explored as part of any assessment of effective regulation, writes Cattle Council of Australia president Markus Rathsmann in this opinion piece in response to Department of Agriculture proposals to increase cost recovery measures for livestock exporters…Read More As we strive to promote and protect our industry, there are people putting it at risk, people within our very industry, writes Stephanie Coombes…Read More 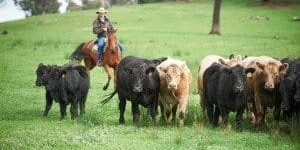 The grassfed cattle industry is a major component of Australia’s $72.5 billion per year red meat industry, but is overseen by a representative and policy setting body that by comparison runs on the smell of an oily rag, with an annual operating budget of a just a couple of million dollars…Read More An open letter from Tom Stockwell to the PM

The Federal Government should be hailing the recent Federal Court decision which declared the 2011 live export suspension unlawful, as a guiding principle for good governance for its Ministers in future, instead of protecting bad decisions and under performers, writes cattle producer and former Northern Territory Cattlemens’ Association president Tom Stockwell in an open letter to Prime Minister Scott Morrison and other Government Ministers today. ..Read More Is blockchain a hidden source of efficiency for the meat supply chain?

In his second article on the emergence of data rich disrupters in the meat industry, former Australian Meat Processor Corporation executive chair Peter Noble looks at why the emergence of blockchain is a development the red meat supply chain cannot ignore…Read More Strategic communications expert and former agricultural journalist Cameron Morse says the beef industry needs to do more in the communications arena to promote its environmental credentials, and why the best time to start is right now…Read More