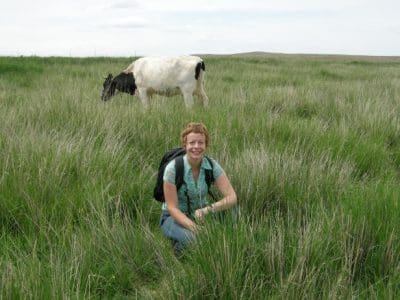 A research project involving scientists from the New South Wales Government and the Queensland University of Technology and 15 landholders from the Bega region has identified roller-wiping or spot spraying as a more effective control technique for African lovegrass than mechanical slashing.

African lovegrass is very hardy native of southern Africa, where it is considered valuable for animal production and soil conservation.

However, in Australia, where it is believed to have first arrived in the 1800s, it is considered by many as a pest species that is threatening pastures and native grasslands Australia-wide.

It is not selectively grazed by livestock and tends to dominate native pastures reducing biodiversity and essential ecosystem functions.

A recently completed research project by Associate Professor Jennifer Firn from QUT’s School of Earth, Environmental and Biological Sciences, Emma Ladouceur from Italy’s University of Pavia and Dr Josh Dorrough from the NSW Office of Environment and Heritage, sought to tap into local knowledge from landholders.

The scientists worked closely with 15 landholders in the Bega region to examine the changing ecological characteristics of grassy woodlands and the impact the arrival of the non-native African Lovegrass has had.

Professor Firn, who has previously tested control methods for the grass in southern Queensland, said the impact of invasive non-native species like African lovegrass was increasing dramatically and had become an enormous problem for the landholders involved in the trial.

Field study testing of seven landholder-generated hypotheses at 57 sites on the 15 Landholders properties was also conducted.

Professor Firn said the testing validated many of the landholders’ management perceptions. 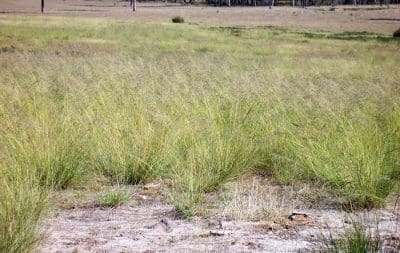 The results of the research project have been published in the international Journal of Applied Ecology.

Professor Firn said seeds for African lovegrass can germinate even up to 17 years of age and are dispersed by grazing animals, slashing, vehicles, water, fodder and wind. It thrives in drought conditions and paddocks with low ground cover are more susceptible to invasion.

“As well as overwhelming endangered native grasses, African lovegrass tussocks can grow so large they restrict the movements of livestock and become a hazard to famers trying to navigate their properties,” she said.

“Our project has yielded some extremely helpful information and really highlighted the value of a team effort amongst scientists, governments, land care groups and farmers.

“One theory we tested was whether mechanically slashing African lovegrass and then putting a large number of cattle into the paddock was effective as some farmers think. We found the opposite was true and it only made the lovegrass more abundant. It was also an expensive exercise for farmers.

“Conversely, we discovered that an alternative control technique, “roller-wiping” or spot spraying with herbicide, was effective even with heavy infestations and cost efficient despite its poor reputation.

“Overall, we found local knowledge coupled with scientific methods can act in tandem as a smart approach to developing management solutions to African lovegrass, but this approach would likely be useful for understanding and managing other invasive plants and animals.”

Source: QUT. The full study – Integrating local knowledge and research to refine the management of an invasive non-native grass in critically endangered grassy woodlands – can be viewed on the website of the Journal of Applied Ecology.