QATAR-owned Hassad Australia has offloaded its 47,677ha Telopea Downs Station in western Victoria for more than $70 million, in what could be the largest single farm transaction in the state’s history.

Originally comprising ten properties spanning 40,454ha in the state’s west, Telopea was purchased by Hassad in April 2012 for more than $35 million. 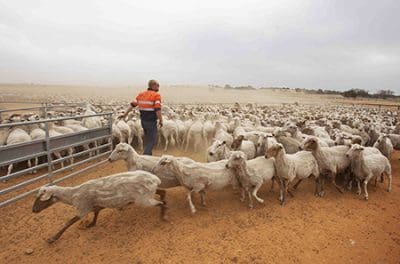 Since then, the company has added more than 7000ha to the aggregation which is primarily used as a sheep breeding hub.

As a soverign wealth fund, Hassad has acquired around 300,000ha of Australian farmland across Queensland, NSW, Victoria and Western Australia since 2010, partly to guarantee food security for the gulf state of Qatar.

However, in December 2016, the company signalled the first signs in a change in direction when it sold its 2632ha Kaladbro Station, near Strathdownie in south-west Victoria to South Australian cattleman Tom Brinkworth for $24 million.

The following month, Hassad announced plans to diversify towards a food processing and marketing agenda and away from fat-tailed Awassi sheep production to service meat orders direct from Doha and other markets.

More property sales followed with Hassad selling its 8560ha showcase Raby Station near Warren in central western NSW to a local consortium of buyers in November 2017, as well as two South Australian grain aggregations. The 3263ha Glendale near Clare in the state’s mid-north sold for $16.2m to several local adjoining and nearby farmers.