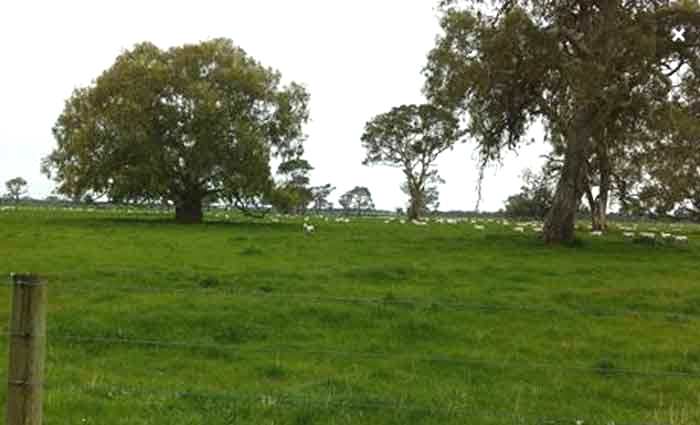 Kaladbro, near Strathdownie, was Hassad’s first purchase in Australia back in 2010. Since then the company, controlled by Qatar Investment Authority, has bought another 12 farming properties spreading across Victoria, NSW, Queensland and Western Australia.

Hassad has purchased about 300,000ha of property in the past seven years, however Qatar did not come close to figuring among the top ten foreign owners in the recent foreign-owned land register, where Japan was tenth largest on the list at 700,000ha.

The Kaladbro holding, used by Hassad for livestock finishing, is located 20km north-east of Mount Gambier just over the Victorian border on the Glenelg Highway.

“The property is no longer suited to our live export strategy for sheep, however it is ideally suited to those who want to produce cattle,” Mr McKillop told AFR.

He said the proceeds of the sale would be used to reinvest in other properties – “It’s just a matter of where,” he said.

CBRE’s Danny Thomas and Duncan McCulloch will be marketing the property.

Prior to being purchased by the current owners, Kaladbro was held by the Mackinnon family since the 1850s.

“It is incredibly rare for such landholdings of this scale in this area, that have such a unique history in Australian agriculture to come on the market,” he said.

About 440ha of Kaladbro has been developed to centre pivot and flood irrigation, and the property features a 7471 megalitre Groundwater Entitlement.

Operational improvements include an undercover sheep feedlot for up to 8000 lambs, eight-stand shearing shed, about 750 tonnes of grain storage, numerous sets of sheep and cattle yards and various machinery, hay and storage sheds.

The property is close to the Port of Portland, saleyards at Mount Gambier and Hamilton and processing facilities at Warrnambool.