China’s recent rise to become the largest importer of Australian boxed beef has corresponded with the growing influence it is also now exerting over Australia’s beef cattle export trade – not as a customer as many initially expected, but as an investor in Australian live exporting companies. 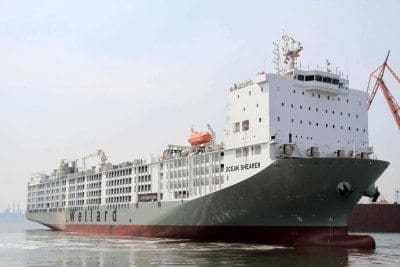 Some estimate Chinese ownership could now control as much as 50 percent of Australia’s live cattle export capacity, a rapid recent development that has dramatically affected competitive dynamics in the trade, and raised concerns about longer-term impacts.

China was hyped to become a major buyer of Australian feeder and slaughter cattle when a new trade deal was struck between the two countries in 2015, prompting confident predictions at the time Australia could soon be shipping more than one million beef cattle a year to the world’s most populous nation.

However, four years later, export numbers have yet to reach a fraction of that volume, having exceeded no more than 30,000 slaughter cattle in a single year.

Working against greater trade volumes have been unviable protocol restrictions imposed by China and higher Australian cattle prices, while frosty relations between both Governments have not been conducive to a growing trade either.

But while China’s growth as a customer has fallen well short of where some thought it may be four years ago, it has still managed to exert strong influence over Australia’s livestock export sector in a different way – as an investor in Australian live export companies.

Some examples include, all of which occurred in 2017 as hype around the future of the slaughter (and feeder) cattle trade to China was building, include: