HAAFCO puts Mt Fyans and Rancho East up for sale 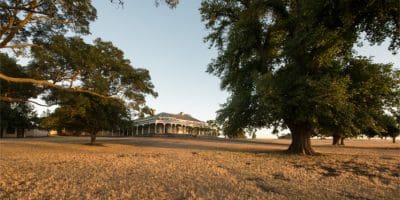 WA-based Harmony Agriculture and Food Company (HAFFCO) is putting the historic Victorian grazing holding Mt Fyans and the Esperance WA grazing and lot feeding property East Rancho, both of which it purchased in 2016, up for sale.

In a media statement the company said it is adjusting its business model in response to what it described as ‘a particularly unsettling year for the Australian livestock and food supply industry’.

“Harmony Agriculture and Food Company’s (HAAFCO) Board has made the decision to adjust its business model and approach to better suit market conditions,” the statement said.

HAFFCO is a joint venture between Chinese investors and the company’s Australian executive managers and was launched in 2015 primarily to focus on live export, predominantly the export of slaughter cattle and sheep to China.

Despite the early hype that surrounded the potential of the slaughter cattle export market to China when it formally opened in mid-2015, trade growth since has been slow. Stringent Chinese protocol conditions that make it difficult for supply chains to import large volumes of cattle, particularly a requirement that all imported cattle be processed within 14 days of arrival in China, have contributed to the limited activity since the trade was launched.

He said the company will now concentrate on the production of Wagyu and grain-fed beef, the development of high quality beef brands, and the processing of grainfed beef product in Australia for both domestic and export customers.

Mt Fyans is a 5800 hectare grazing property in western Victoria where HAAFCO had planned to establish a pre-export quarantine facility. Rancho East is a 1600ha predominantly grazing property near Esperance with a small feedlot.

Mr Meerwald said both properties were purchased in 2016 in line with the company’s original model of backgrounding cattle and then placing cattle onto feed, with Mt Fyans also potentially housing a pre-export depot.

“However, for a number of reasons including the slower than anticipated take up of exports to China, the relevance of that model is less now than what was envisaged when the original business plan was put together,” he told Beef Central.

“The demands of the market for our particular clients on grainfed cattle means the Board has taken the decision to concentrate on the feeding of those animals.

“With significant numbers of grainfed animals both for the domestic program and the export program, and the additional requirements on the business to fund both the properties and the cattle in a long backgrounding program, the metrics of that don’t fit our strategy.

“So we have made the decision to focus on the grainfed component which then feeds directly into both domestic processing and brand building, but also allows us to direct cattle into the market as it develops in China.”

The statement attributed the Board’s decision to readjust Harmony’s business model to a number of factors, including:

Asked if the readjustment meant HAAFCO was moving away from live export Mr Meerwald told Beef Central it was not and would continue to export livestock to China as trade opportunities presented.

As recently reported by Beef Central HAAFCO’s license to export cattle to China was recently suspended by the Department of Agriculture and Water Resources after two shipments of heavy grainfed cattle by the company to China resulted in mortality rates of 1.45 percent and 1.5 percent respectively, exceeding the threshold at which mortality rates trigger a Departmental investigation.

Mr Meerwald said the company has made comprehensive submissions to DAWR seeking the reinstatement of its approved arrangements to China, and those submissions had now been with the department for some time.

He said HAAFCO has meetings planned with DAWR this week and was hopeful its license approval for China will be reinstated soon.

Mr Meerwald said a planned organisational restructure associated with the readjustment would have flow-on effects for staff in Harmony’s Melbourne and Perth offices and for those on the farms listed for sale.

He said the company was working to ensure job losses are kept to a minimum and to ensure existing staff are offered the opportunity to be retained by the new owners of the properties.

“It is with deep regret that we have made the decision to sell these properties and reduce staff and overheads, a direct result of the change in strategy, however it is critical that the Harmony business stays aligned with market opportunities, which are quite different now to those on which the business was founded.”

Mr Meerwald said agents have been engaged to manage the sale of Mt Fyans and Rancho East.

He said HAAFCO will invest in on-site water infrastructure at the WestBeef feedlot to provide secure supplies for current and future feedlot operations.