Angus cattle on board an export vessel to China.

In May and July, two consecutive shipments of 600kg plus grainfed Bos Taurus cattle exported by Phoenix Exports exceeded the reportable mortality rate of one per cent for cattle voyages of 10 days or more.

Heavy cattle ready for immediate processing are in demand for the trade because Chinese Government rules require imported cattle to be slaughtered within 14 days of arrival in China.

While shipments of heavy grassfed cattle and bos Indicus cattle have not had similar issues on the  three-week sea journey from Australia across the equator to China, exports of heavy grainfed Bos Taurus cattle, particularly when coming from the Southern Australian winter, carry a higher risk of succumbing to problems such as heat stress.

Phoenix is the live export division of WA-headquartered and Australian and Chinese owned company Harmony Agriculture and Food Company (HAAFCO), which owns grazing properties in WA and Victoria and supplies domestic and export customers.

The Department of Agriculture is investigating both incidents and, according to a statement posted to its website in September, has temporarily suspended Phoenix’s ability to export to China.

The DAWR website says the suspension is in place “while they (Phoenix) review their processes and implement effective corrective actions to prevent recurrence”.

The DAWR statement said interim findings suggested a combination of Bovine Respiratory Disease (BRD) and heat stress were the main causes of the mortalities in the May shipment.

It said that after the May shipment, Phoenix implemented additional processes around sourcing, preparation and onboard management of cattle to China prior to sending the July shipment.

The department also placed an onboard independent observer on Phoenix’s July shipment to China. 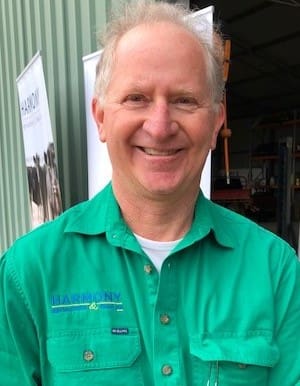 HAAFCO director Steve Meerwald told Beef Central the July shipment was also “light loaded” in response to the May shipment mortalities and the potential elevated risk of heat stress when shipping north from the southern winter.

Despite the additional processes put in place, and DAWR’s independent observer describing the loaded cattle as being in “good healthy condition for export”, the July voyage also resulted in a reportable mortality incident.

Mr Meerwald said the company has since provided comprehensive submissions about both voyages to the Department, including advice on how it intends to mitigate the risk of exporting grainfed cattle, including managing the period in which they are shipped, and shipping shorter fed cattle with a lower risk profile.

He said the company is awaiting a response from the DAWR.

“We have submitted a series of responses and corrective actions that we believe will mitigate the risk that has been determined for this particular period of shipment and this class of cattle,” Mr Meerwald said.

“We are working with the Department as we have done through the incidents and post, we fully expect the submissions we have made will allow Phoenix to resume exporting to China under revised conditions that will particularly effect long fed heavy grainfed cattle.”

Mr Meerwald said that following the May shipment, HAAFO had requested the industry make available heat stress risk assessment tools used for shipments to the Middle East for voyages to other markets that involved shipments from southern ports north of the equator, but that was not yet in place.

“That is something the industry is working through, and it may be dealt with through the review of the Australian Standards for the Export of Livestock (ASEL), but until that review is completed, we are working with the regulator to deal with the risks and the manner in which they can be dealt with,” Mr Meerwald said.

“We ship lighter dairy heifers and there have been heavy grassfed slaughter cattle that have been shipped through the summer period from southern Australia that have not had the mortality incidents that these heavy grainfed cattle have had.”

Mr Meerwald said the DAWR’s suspension of Phoenix’ability to export to China had not impacted the company’s operations because it did not have any consignments contracted to China following the July shipment.

“We haven’t really been shipping lately, we have been concentrating on domestic market,” he said.

“Most of the (live export) markets are pretty challenging at present, and I think all exporters would agree that is the case.”

Despite continued constraints limiting Australia’s cattle export trade to China – in particular China’s requirement that cattle be processed within 14 days of arrival – Mr Meerwald believes the trade has enormous potential for future growth.

The economics of the trade should receive a major boost in just over two months when a 10 percent tariff on live cattle imports is removed under the China Australia Free Trade Agreement on 1 January 2019.

“I think it has enormous potential,” Mr Meerwald said of the Chinese market.

“The live animals going into this market are completely new product, and while we have been talking about it for years, it is only just over 12 months since the first shipment went last year.

“And really now it is a matter of the importers and their network connections developing those channels to market for this product in a way that creates maximum amount of value.”

The DAWR’s January to June 2018 mortality investigation log also reports on a consignment of 1570 cattle exported by Austrex to Indonesia in January. 29 fatalities were recorded, exceeding the 0.5pc reportable level for cattle voyages of less than 10 days.

The DAWR report said Austrex’s assessment of the incident attributed wet and cool conditions in the pre-export quarantine facility prior to export, and rough seas during the voyage, causing Bovine Respiratory Disease (BRD) as the main reason for the mortalities, which occurred primarily in older, medium to heavy bulls, all of which came from the same property.

The report said Austrex had revised its selection and heavy cattle management plans to mitigate the risks of BRD mortalities.

“Since the incident, Austrex has undertaken 20 voyages to Indonesia with no reportable incidents,” the report said.

“The investigation of this incident is being finalised for publication on the department’s website.”