The Federal Court issued a notice on Friday ordering that the company be wound-up, with Pitcher Partners’ accountants Andrew Yeo and Giuseppe Rambaldi appointed liquidators.

Pitcher Partners told Beef Central that it was still gathering knowledge about the assets involved, who the creditors were and how much they were owed, and was not yet in a position to offer comment.

In a statement issued to Beef Central in July, HAAFCO acknowledged that JHW Paterson Pty Ltd was owed the money – a debt which it said had come about due to “a misalignment of equity funding due to arrive from the company’s primary shareholder in China.”

“Unfortunately, the Chinese equity funding has been slow to arrive, resulting in breaches of the supply contract between Harmony Operations Australia Pty Ltd and JHW Paterson,” it said.

HAAFCO said that while the company was experiencing funding challenges, this creditor issue was in isolation, and the broader Harmony Group maintained good relationships with other operational creditors. “Both the board and executive management are doing everything possible to rectify the situation within the statutory timeframes,” it said.

HAAFCO had been feeding about 17,000 cattle across three Australian feedlots including two company-owned facilities in Victoria and Western Australia, as well as custom feeding F1 Wagyu at Hell’s Gate.

Trade sources said Harmony, like all Wagyu supply chains, had experienced significant shifts in value in Wagyu feeder cattle over the past 12 months.

Reports suggest that since launching its Australian investments in 2015, Harmony spent about $50 million on grazing, feedlot and infrastructure assets in its first 12 months of operation, mostly in Victoria and Western Australia. Some of those assets have since been sold (see details below).

The company was set up three years ago with the primary focus of building an integrated supply chain, including shipping infrastructure, to tap into the emerging live slaughter cattle trade to China. After encountering what it found to be ‘significant challenges’ within the China live export trade, Harmony last year shifted its focus to Wagyu and grainfed quality beef production within Australia, focusing on boxed beef exports to China and other customer countries across Asia. 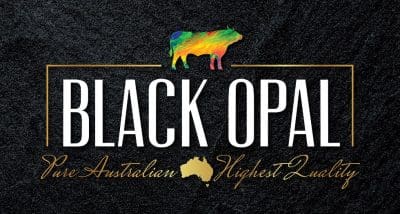 “Our mission is to provide an extremely consistent supply of high-quality Australian food products to our consumers,” the company website says. “Our Chinese partners are astute financial investors who understand the demand for high-quality food products, both in China and internationally. They work closely with our Australian team, which has the knowledge, skills and experience needed to make a major agricultural enterprise a success.”

Harmony had also been strongly linked to a possible purchase of the Tabro Lance Creek abattoir in Victoria, also Chinese owned.

Here’s a quick snapshot of the company’s Australian investments since 2015:

Located in the heart of the wheatbelt of Western Australia, WestBeef is a modern 7000 head commercial feedlot, in a region famous for its large-scale grain production. With nearly 25 years of operation, the Westbeef feedlot is a well-established business, providing custom-feeding services to Harmony’s clients as well as growing its own premium grainfed cattle. More than 800ha of cultivation produces grain and forage crops for the feedlot, and is used for backgrounding.

Located near Esperance in southern WA, Rancho East is a 1600ha property combining backgrounding for 2000 head and a newly-commissioned 4000 head capacity feedlot. The property utilises cell grazing, and is a fully-licenced pre-export quarantine facility. Rancho East was put on the market late last year, along with Mt Fyans, and has since been sold.

Located in the western districts of Victoria, Mt Fyans is a 6000ha grazing showcase property running up to 10,000 head of cattle, bought by Harmony in 2016 for a reported $34 million. Harmony re-sold Mt Fyans for $37 million to Riverina sheep farmers Ian and Camilla Shippen in December. Reports at the time said Harmony was exiting the property as it “recycles investment elsewhere into its livestock production and export business.”

Previously known as Gerang Gerung Feedlot and quarantine facility, Harmony bought the western Victorian business located on prime west Wimmera cropping country in March last year. The property is now renamed after its location, and its acquisition by Harmony signified the next step in the company’s path to a “stronger value chain for international markets.”

When it bought the feedlot asset, the company said it would work to improve infrastructure, stocking capacity and the reliability of cattle performance for its own business, and potentially as a service to external customers.

At the time that Mt Fyans and East Rancho were offered to the market last October, the company issued a media statement saying it was adjusting its business model in response to what it described as “a particularly unsettling year for the Australian livestock and food supply industry.”

“Harmony Agriculture and Food Co’s board has made the decision to adjust its business model and approach to better suit market conditions,” the statement said.

Despite the early hype that surrounded the perceived potential of the slaughter cattle export market to China when it formally opened in mid-2015, trade since then has been exceptionally slow. Stringent Chinese protocol conditions that make it difficult for supply chains to import large volumes of cattle, particularly a requirement that all imported cattle be processed within 14 days of arrival in China, have contributed to the limited activity since the trade was established.

“However, for a number of reasons including the slower than anticipated take up of exports to China, the relevance of the live export model is less now than what was envisaged when the original business plan was put together,” the company said last year.

“The demands of the market for our particular clients on grainfed cattle means the Board has taken the decision to concentrate on the feeding of those animals. With significant numbers of grainfed animals both for the domestic program and the export program, and the additional requirements on the business to fund both the properties and the cattle in a long backgrounding program, the metrics of that don’t fit our strategy.”

“So we have made the decision to focus on the grainfed component which then feeds directly into both domestic processing and brand building, but also allows us to direct cattle into the market as it develops in China,” the company said.

The statement attributed the Harmony board’s decision to readjust Harmony’s business model to a number of factors, including:

Asked if the readjustment meant HAAFCO was moving away from live export permanently, a company spokesman told Beef Central last year that it was not, and would continue to export livestock to China as trade opportunities presented.

Last year HAAFCO’s license to export cattle to China was suspended by the Department of Agriculture and Water Resources after two shipments of heavy grainfed cattle by the company to China resulted in mortality rates of 1.45pc and 1.5pc respectively, exceeding the threshold at which mortality rates trigger a Departmental investigation.

The licence restriction was subsequently lifted and the company has since shipped successfully.

Australian meat and livestock supplier Harmony Agriculture and Food Company has been placed into liquidation by the Federal Court, with liquidators Andrew Yeo and Gess Rambaldi of Pitcher Partners appointed to oversee the process. The appointment was made Friday, August 30.

Commenting on the appointment, Mr Yeo, a partner at accounting, audit and business advisory firm Pitcher Partners Melbourne, said the liquidators were conducting inquiries into the company and its operations in Western Australia, New South Wales and Victoria.

“We will be working with creditors, the business and staff to provide as much certainty as possible while liquidation process is underway,” Mr Yeo said.

National Australia Bank, a secured creditor to the company, has separately appointed a receiver who has taken charge of the company’s assets.

The receiver is expected to continue trading while an independent assessment is undertaken regarding the future of the company. Creditors are advised to contact the liquidators if they have any questions regarding the process or believe they owed money by the company.