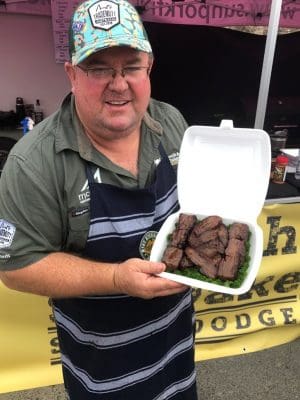 In his day-job, Grant is general manager at NH Foods’ Oakey Beef Exports plant on the Darling Downs, but come the weekend, he is one of Australia’s best known BBQ smoker competitors.

Three years ago he was runner-up in the World BBQ championships in the United States, and regularly travels for weekend competitions anywhere from from Townsville to Port Macquarie.

Is the low and slow BBQ movement just a fad, or is it here to stay? Hear what Grant has to say…..