2575ha Deltroit Station, one of the premier pastoral holdings on the eastern seaboard, was sold during the year by Inglis Rural Property to Australian agricultural investment group MH Premium Farms for close to $17m

WHAT a difference a year can make.

Twelve months ago, South Australia, Victoria and New South Wales experienced one of their worst springs on record. Good soaking rain changed that and as a result 2016 has been a buoyant year, with an abundance of green feed and much keener demand for cattle properties in Australia’s south-east.

CBRE Agribusiness director Phil Schell has noted more action in the livestock space in every state in the region. 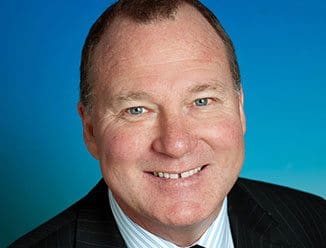 “That’s been a stand-out, particularly in the second half of the year. We have also been in negotiations with a number of large scale properties in Queensland, New South Wales and Victoria. In 2015, the appetite just wasn’t there.”

Mr Schell said the season had made a huge difference in nearly every state, but particularly in south-eastern parts of Australia.

“We’ve had a long wet winter and spring which has been absolutely ideal for pasture growth for pastoral (lower rainfall) and inside country (medium to high rainfall). Livestock prices will remain strong because there is grass and producers can finish their cattle and then pick their market – by forward selling, selling over the hooks or waiting for that next export job,” he said.

“People are watching the Eastern Young Cattle Indicator with great interest, wondering whether it will break 600c/kg dressed weight this year,” he said at the time.

It didn’t take long for the Eastern Young Cattle Indicator to hit a new record. On August 17 this year, it rose way beyond those expectations, to 725.75c/kg (see earlier Beef Central story) due to a lack of supply.

“Corporate and investment buyers are still looking for scale, $10m and above, particularly for A-class type cattle properties in the medium to high rainfall areas, with good management behind them,” he said. “Meantime, there have been a number of strong and healthy family farm businesses who have purchased properties in the smaller $2m to $10m range.”

CBRE has marketed a number of properties in that space and currently has two or three still in negotiation. Mr Schell said for example, there has been strong enquiry for two Western District properties in Victoria:

He said demand for large-scale beef operations was coming from high net-worth investors.

“There is interest from London, the United States and China. The pending Kidman sale is great for the industry, great for investors and great for Southern Australia, even though it’s a national portfolio. And behind that sale there have been some big purchases by high net-worths putting together syndicates with overseas investment.”

Last year, Mr Schell predicted high prices wouldn’t flow back into property sales for another 12 to 24 months. This week, he said those increases are still on the way.

“It’s not going to happen overnight. Livestock prices are firming and land values are following suit, but there is uncertainty surrounding the US election. People are wondering if it will impact our money market and affect interest rates. I say, why play games with interest rates when we are just starting to get back on track?”

“We do not need to see rate rises. We need to instil confidence back into this market.  You can borrow money now for around four percent, so debt’s not the problem. With sustainable export and domestic cattle prices, which should continue into 2017, now is the time for vendors to consider selling their properties,” he said.

In this week’s property review, we present a state-by-state snapshot of the defining property sales across south-eastern Australia, as reported over the past 12 months.

Please note this is not a definitive list, as other significant properties have sold in off-market deals. It is however interesting to look back over the past year at the prices and size of the more significant cattle properties that have changed hands.

Next week’s Property Review: We examine the year’s highlight sales in Northern Australia. As it will be our final Property Review for the year, we will also announce our 2016 Grazing Property Transaction of the Year, and runner-up. In a year like 2016, there’s been plenty of contenders.