Argentineans, the the Buratovich family, have invested in Manbulloo (pictured) and Scott Creek in the Northern Territory, and may be about to secure a third NT property

The new owner of Manbulloo Station in the Northern Territory has now also secured Scott Creek, the former NT ‘trophy’ station once owned by the Sultan of Brunei, for around $12 million.

In May, Consolidated Pastoral Co announced the sale of its 379,000ha Manbulloo Station near Katherine to a syndicate described as ‘comprising Australian and international interests’ for around $25 million, in a sale and leaseback deal.

Beef Central can now reveal the offshore investor involved is the Buratovich family from Argentina.

The Buratovichs’ successful commercial and agricultural company, which specialises in cereals and oilseeds, was founded more than 100 years ago by Esteban Buratovich, an immigrant of Croatian origin.

The Buratovich website explains that the business is “currently developing new commercial alternatives that allow us to continue expanding our horizons, such as the export of cereals, oilseeds, other derived products, and the importation of agricultural supplies.”

The family appears to be spreading its risk around the world, buying country elsewhere, including the United States.

Their purchase is the first prominent Australian grazing asset held by Argentinian interests since the days of John Kahlbetzer’s Twynam investments.

The drawcards on their second acquisition, Scott Creek are likely to be the abundant ground water with irrigation potential.

The 101,850ha property sits on top of the large Oolloo, Tindal and Jinkukin aquifers. The region has an average annual rainfall of 1000mm, includes river and creek frontages and possible dam sites have been identified along the western escarpment country.

Scott Creek has been operating as a cattle breeding and backgrounding enterprise. Rated to carry 10,500 adult equivalents, it is currently running 7000 Brahman cattle. The property was listed in May with a $12 million (bare) price tag.

Around 1400ha of the property is cleared and is currently planted with Jarra and various grasses. However, it is also suitable for improved pastures, export cattle or hay.

An area of 20,000ha is designated as suitable for agriculture, with a further potentially useable 7000ha.

Forty years ago, large parts of the property were cleared by Sydney investor Bryce Killen, and huge areas of corn and sorghum was sown – ultimately unsuccessfully due to the enormous tropical insect pest challenge.

Since then, a succession of owners let the station slip, but the Melbourne-based Gschwenter family, who has owned Scott Creek since 2008, believes the operation has huge potential and with the right investor will be successful again.

Selling agent Alison Ross from Elders Katherine confirmed that Scott Creek transacted last week, but refused to disclose the buyer or the price.

The Buratovich family is expected to settle on another property, Sturt Downs, also being marketed by Ms Ross. The 67,840ha cattle property, which is presently leased by CPC, is located 70km from Katherine and features an 11km Stuart Highway frontage. Scott Creek, a Northern Territory station once owned by the Sultan of Brunei, was listed in May with a $12 million (bare) price tag.

The deal brings to a close 100 years of single ownership for the land by the Faust family.

Producers who took part in Beef 2018 Property Tour destinations will remember the Vella family’s unique Bald Hills Station, which boasted a 20km coast frontage, with the Styx River and Herbert Creek as its boundary.

Purchased in 2000 as a bare block with two sets of yards, eight paddocks and no dwellings, the Vellas transformed the 7200ha block into 46 watered paddocks serviced by four major laneways. They also built two new sets of cattle yards and ran 3000 head of EU and MSA-accredited Brahman cross cattle.

This year, Bald Hills Station was purchased by the Defence Department as part of a $2.25 billion Singaporean army investment into Queensland.

It is understood Bald Hills as well as the adjoining property, Glen Prairie Station, were acquired by the government for $45 million dollars each.

The Faust Family Aggregation is a substantial sugar cane and beef production asset spanning 3134ha. It is the largest holding in the Proserpine region, in the heart of Queensland’s Whitsundays.

Boasting high quality tropical pastures, it can carry 500 breeders plus followers and has a sizeable 3119ML water rights portfolio. 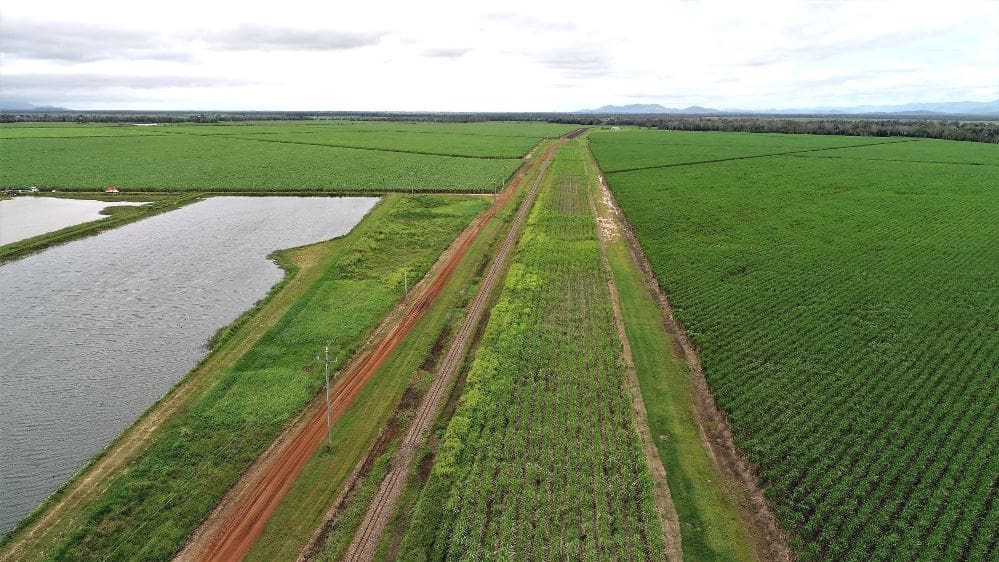 The Faust family has been part of the Proserpine community since 1895 when they established the local store. In 1910 they became involved in cattle production and then the family expanded into sugar cane.

Peter Faust is widely regarded as the man who paved the way for the development of two critical infrastructure projects that ultimately underpinned the growth and prosperity of the Whitsunday region.

In the early 90s, under his leadership, the council secured government support to establish Lake Proserpine, which now bears the family patriarch’s name, ‘The Peter Faust Dam.’

It is also rumoured that Mr Faust convinced the late Sir Reg Ansett, the then owner of Hayman Island, to invest in the development of the Proserpine airport, now known as the gateway to the Whitsundays.

The sale of the Faust Family aggregation was handled by Elders Real Estate general manager Tom Russo and local rural property sales specialist Robert Murolo, via an expressions of interest campaign which closed in late April. The Vella Family at Bald Hills

The Mackay family’s 107 year ownership of Hereward in Western Queensland has come to end.

Located 70km north west of Longreach, the 26,626ha well grassed grazing operation failed to sell at auction in May, and was subsequently offered to the market in three separate lots.

A neighbour purchased the 5610ha Rimbandah block, while a family from south-east Queensland purchased the 9520ha House block and the 11,495ha Hereward block – both featuring double frontage to the Landsborough Highway.

Following 355mm of rain earlier this year, the two blocks boasted an impressive body of Mitchell grass downs with some buffel and the balance coolibah creek lines.

Improvements include a new electric artesian bore (drilled in 2012), and a near new shearing shed (built in 2005). Reliable water includes multiple large dams.

Ben Forrest from Colliers International said Hereward, an estate sale, sold within expectations. It is understood the three contracts on Hereward settled between $320/ha and $370/ha. Anglo was one of two registered bidders at the auction.

Grosvenor Downs is mostly fertile, black self-mulching flats with large areas of cleared belah flats that have previously been cultivated.

There is also deep alluvial soil along the Isaac River and areas of cleared brigalow as well as ironbark and bloodwood.

The country is well-established to buffel grass, with areas of Rhodes, black spear grass and seca and verano stylo.

The entire property is watered from a pipeline from Moranbah. Isaac River and Grosvenor Creek also run through the property.

Since buying Grosvenor Downs in 2008, vendors Graham and Linda Huddy have invested in improvements, through major fencing and water programs.