This is the second part of a two-part series further examining how sale and leaseback is being used by primary producers to grow their businesses. Click here to access last week’s first instalment.

EIGHTEEN months ago, listed property trust Rural Funds Management made a $53 million investment in the northern beef industry, purchasing Camm Agriculture Group’s three North Queensland grazing properties in a deal where the Camm family leases back and continues to manage the assets.

The properties were leased back to a Camm family business for 10 years, with rent indexed annually at 2.5pc, with a market review at the end of year five.

The trust also provided a $5 million livestock lease facility, allowing the Camms to acquire cattle, with the listed trust to own them. 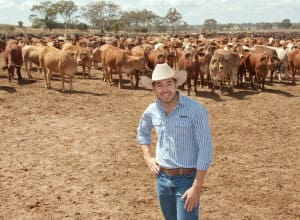 Eighteen months after the deal was struck, Bryce Camm who oversees the Camm Agriculture Group believes the arrangement is working well.

“It has allowed the family to reduce debt and help facilitate an inter-generational transfer of assets and management. It has also reweighted our investment portfolio by putting more capital into cattle rather than land ownership,” he said.

“The freeing-up of capital will allow us to further lift the operating herd once we improve water and fencing, pasture and cropping.”

He believes it is a successful model, and that more producers will follow.

“In my mind there are two distinct businesses – land investment and operational cattle – and sale and leaseback allows a balance between the two.” But producers considering such an arrangement should do their sums, assess their goals and decide whether it’s the right decision for them.”

In this earlier article, managing director David Sackett told Beef Central the advantage of the leasing model was that it gave farmers an opportunity to expand their businesses without having to find the capital to buy more land.

“Many existing farms are sub-scale and capital constrained. Leasing overcomes this. From an investor’s point of view, the strategy provides a stable cash flow based on rental yield and avoids much of the volatility that comes with direct exposure to agricultural markets.” 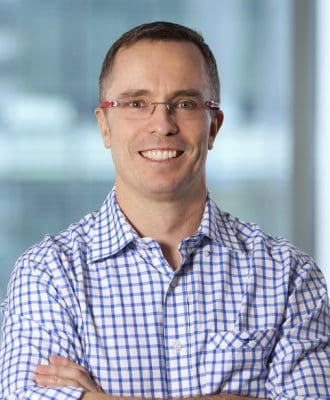 Agribusiness solicitor Trent Thorne from McCullough Robertson in Brisbane said while not unusual, sale and leaseback agreements were not common.

“Some arrangements are part of a succession planning exercise. Others have been and are likely to continue to be the result of leaseback being offered by a seller as an inducement to a buyer, both to buy and to meet the seller’s price,” he said.

Mr Thorne said there had been relatively few buyers who had acquired grazing properties simply to generate income from rent returns.

“However, disposing of bank debt and generating such surplus funds would be a significant – if not the most significant – driver for quite a number of sellers.”

“If there is such a debt, the sale will result in its being repaid and prospectively result in surplus funds, which might or might not be significant in amount, available for other investment by the seller,” Mr Thorne said.

The aggregation, comprising three versatile and productive farms spanning 7392 hectares, was put together by the Murray Darling Fruit Company. Located near Forbes and Condobolin, together they operate as a livestock, irrigation, lamb feedlot and dryland cropping enterprise. Marketing agent Sam Triggs said the owners were keen to recycle capital into other investments.

“There is demand for sale and leaseback from passive stakeholders who invest their money into land, have exposure into capital growth, but do not wear the operational risk. They receive a passive income through the lease payment.”

Mr Triggs said there were investors for every agricultural asset class.

“Asian investors are currently seeking permanent plantings and croppings and they are likely to receive a higher yield in the leaseback. Others are also looking for mixed farms, sheep and cattle grazing, permanent plantings (crops like almonds, citrus and grapes) as well as row cropping and irrigated assets.”

So, will rural Australia experience more sale and lease back? Mr Triggs believes it’s only a matter of time.

“There will be a greater split between operations and ownership and a greater number of professional farmers will choose to put their capital into the working part of the business – which may be equipment or livestock or genetics,” he said.

“It’s big in the US, but it is also more about cropping and row cropping. Very often, farmers will lease their land to a new tenant every year. In contrast, Australian producers expect a longer-term lease period due to the volatility of seasons.” 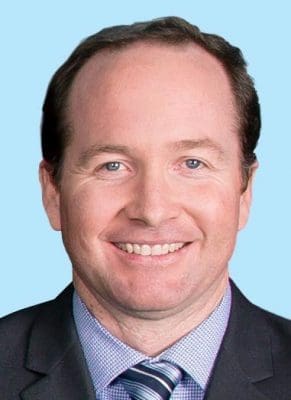 Brisbane-based Colliers agent Ben Forrest believes Australia is catching up to the United States in sale and leaseback activity.

“Land ownership and separate operational models have been effective in the US for a good while. Over time, as the market matures and more external capital flows in, Australia will experience more of that investment,” he said.

He said there was plenty of available capital for such investments, especially from offshore funds seeking long term, patient investments.

“They are mainly pension funds, as well as publicly-listed companies and private equity investors, who don’t know how to operate an agricultural asset but want to own one. They want the exposure, so they purchase the land, hold the asset and receive a yield that reflects the risk of that asset. The operator comes in and takes the commodity and weather risks.”

Mr Forrest said in Queensland, the investment was size-dependant.

He said the partnerships work as long as the yield that is expected from the landlord and paid by the tenant or leassee, is realistic and viable.

“It is all well and good to start at seven or eight percent, but if it only lasts for two good years when the season is good, and then proves to be unviable, then the arrangement is no good for everyone and the whole relationship falls over.”