Weekly property review: 2018 a year of strong demand but limited listings, due to seasonal pressures

Gunnee Station and feedlot was one of a string of properties purchased in the NSW New England region this year by Gina Rinehart.

AS 2018 draws to a close, rural property industry experts share their thoughts on the year that has been and what to expect over the coming 12 months.

“There is ongoing strong buyer interest from both domestic livestock producers seeking to expand as well as investment capital, which is outweighing supply. 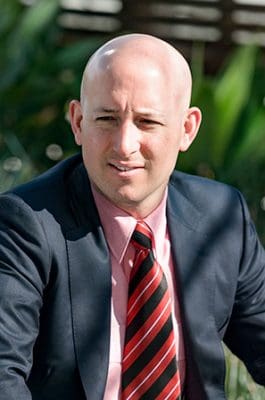 This has been amplified in drought-impacted areas where we have seen a substantial reduction in listing and transaction volumes. Consequently, prices have continued to grow – notwithstanding difficult operating conditions,” Mr Russo said.

He said regions where there has been good pasture and water reserves had been in hot demand.

“That is the point of difference when comparing this year’s property market to 2017. Many producers from the north east have been buying properties much further south on the basis that they are looking for grass.”

“Inquiry has stretched from Victoria into South Australia from parties who normally would not have ventured into that space. The size of the pool has been surprising. Land with good pasture and good water availability has driven the push to diversify portfolios,” Mr Russo said.

The Elders boss said the vast majority of buyers had been existing beef producers looking to achieve greater scale, and looking to continue to aggregate and build – which was the same in 2017. 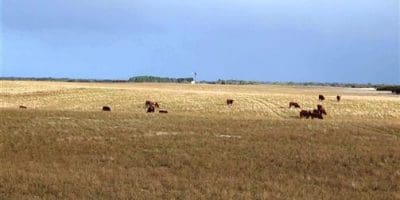 Telopea Downs in western VIC sold for $70m in August

“There is still plenty of investment capital coming from offshore and the main source of that is from North America, including Canadian pension funds and fund managers. There is the occasional Chinese transaction, but there are not many.”

In August this year, Mr Russo was responsible for handling the $70m sale of the 47,677ha Telopea Downs aggregation in Western Victoria.

Involving 11 properties and representing one of the largest transactions ever undertaken in Victoria, Telopea Downs was purchased by South Australian pastoral company AJ & PA McBride.

Rawdon Briggs, the head of rural and agribusiness at Colliers International, pinpointed the return to pricing as a 2018 highlight.

“Rain is predicted. I think the drought may linger a little in NSW, but the rest of the country should see some significant seasonal breaks. Cattle pricing will return to where it should be in terms of dollars per kilogram basis or above 600c on the Eastern Young Cattle Indicator. The exception will be Tasmania where the rationalisation of kill capacity in that market will make it very difficult to return to historic highs.”

Mr Briggs said the New England region had been the highlight as far as beef properties were concerned this year.

“There are new highs for adult equivalents paid in that market. The question will be whether Wagyu, as a beef sub-sector, regains its full lustre as a product. The New England is a very safe production system. It is close to markets, close to abattoirs and feedlots – proven by purchases completed by Stone Axe, Hancock Prospecting and NZ Super.”

In addition, the pastoral arm of Gina Rinehart’s Hancock Prospecting made three significant grazing and feedlot purchases (undisclosed prices) in the New England this year: Mr Briggs said the New England was a consistent production area, making it a good fit for those (above mentioned) companies.

“The region also has the option of wool and fat lamb production and that will be the real push for the New England in 2019. It has a duplicity of land use and is able to run dual species. Many regions don’t have that ability to go either way.” He believes the highlight for the 2018 year was the resilience in the rural marketplace, given the widespread drought conditions – particularly in NSW – for the best part of the year.

“Buyer inquiry remained strong from local family and managed fund entities, along with international buyers. The only hurdle from an agent’s point of view was to maintain and gather suitable listings of property for sale,” he said.

Mr Michelmore said given the prevailing dry conditions, most landholders and vendors who were considering selling had to re-think their strategy in order to gain the maximum sale price.

“Selling a property in its best possible light is what maximises your sale dollar, and this is very hard to do in the middle of a drought – regardless of how productive a property is or where it is situated.”

However challenging the circumstances were, many properties were transacted off-market or were silently listed.

“This just added further weight to the fact that demand and appetite for Australian rural farming and grazing land just continues to gain in value,” Mr Michelmore said.

So, where is the property market headed in 2019? It certainly appears to be weather dependent. The market could take two very different paths – the scenarios being whether it rains, or it doesn’t.

Elders’ Tom Russo believes the property market is entering a particularly interesting period with a number of crucial variables at play which could significantly influence next year’s trends.

“Trade wars and potential softening livestock prices aside, the pending wet season and summer rainfall is top of mind,” he said.

In terms of rain, Mr Russo said one train-of-thought was that many properties will come to market, if the seasonal conditions turn around.

“If we get a season, there will be a significant increase in assets coming to market, which may rebalance the supply/demand equation. However, as we have seen in the past, strong commodity prices and strong balance sheets may tempt some producers to hold-on, and keep making good money from their assets.”

“Do you sell into this strong seller’s market or do you hang-on, and if you choose to hang on, will the market turn? Deciding when to sell in this cycle is all about timing and strategy.”

He said if the drought persists, potential vendors will face the tough decision as to whether they should sell into the strong buyer demand, notwithstanding the challenging seasonal conditions.

“Falls in production and revenue could also impact on local buyers’ ability and willingness to continue to expand and aggregate, which may impact demand.”

Mr Russo said there were still off-market opportunities and he was aware of a number of properties in the advanced stages of negotiation under this strategy.

“Personally, I have a pipeline of more than $130 million of transactions being executed on an off-market basis. These are fixed farming enterprises on the east coast and in South Australia. There are further examples throughout our network, however I cannot quantify them accurately for you.”

If it rains, Rawdon Briggs predicts the bullishness in the property market will continue and gain pace.

“There will be a flush of new listings in the market from people who may have wished they were sellers in the last two years.”

“Probably the best I have seen in past four years with stock on our books that is not yet public. However, they will be publicly-listed in late January and early February. Those properties are some of the best that I have seen in years – regardless of the weather conditions, they are on the market.”

Mr Briggs doesn’t expect any major issues if there is no widespread rain.

“There is no pressure from the major institutions – banks or restructuring firms – to realise assets. So, it should be steady as she goes if it doesn’t rain.”

However, he said there were market signals from clients which suggested most banks will be more disciplined in terms of how much debt exposure to some sub-sectors of Australian agriculture they accept in 2019.

“This is occurring in the residential market and will be replicated in agribusiness and in business lending in general. In terms of credit growth, post GFC is generally at 5 percent to 8.5 percent annually in Australia. If the above occurs, there will be a potential credit squeeze across the major six agribusiness banks, however alternative lenders such as private equity may fill this void.”

Mr Michelmore is predicting more of the same in the foreseeable future and for most of 2019.

“The main variable factors, such as low interest rates, local and foreign investment and strong commodity prices and seasonal conditions, will continue to play their roles in determining the strength of the market.”

He said a good start to the season would see property come to market from vendors who had been waiting for a break in the season.

“This theory and mindset never changes, so you would expect to see this happen in the event of rain. However, if it doesn’t rain and dry conditions continue, then some properties in certain areas will hit the market unwillingly.

“Unfortunately, this is never a good situation to be in if you are on the wrong side of the transaction.”