GUNN Agri Cattle Fund, which purchased North Queensland breeding property Esmeralda for a reported figure around $40 million last week, says it is looking for further grazing land acquisitions in Queensland, and potentially also in northern NSW and the Northern Territory. 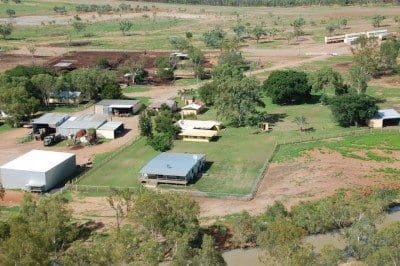 In a statement issued since Friday’s Esmeralda sale announcement, the company says Cunningham Cattle Co currently has a carrying capacity of about 40,000 head, operating a aggregation of properties in the Maranoa region southwest of Roma bought in December, and another, un-named property near Goondiwindi in Southern Queensland.

All the holdings have been acquired by private treaty and Gunn Agri says it is in discussions with vendors of other properties within the target regions. Beef Central is aware of another large North Qld grazing property near Esmeralda which is close to settlement, but it is not yet clear whether Gunn Agri is involved.

“The investors in the Gunn Agri Cattle Fund are institutions experienced in investing in agriculture in Australia and other markets,” the company’s statement said. The statement did not disclose whether these investors were Australian or offshore in origin.

“The Fund has held its first close (a financial term meaning fully subscribed) and has been able to successfully fully invest this capital across several transactions,” Gunn said.

The Fund, which is advised by Gunn Agri Partners, is preparing for a second ‘close’, and was targeting a fund of A$300m, it said.

The company said the current Cattle Fund portfolio had scale and diversification in both climate and end markets, with assets suited to breeding, growing out and finishing cattle. It said it planned to expand the portfolio with assets identified by Gunn Agri as additional funding is deployed.

Chairman of Gunn Agri Partners and Cunningham Cattle Co,  Bill Gunn, said the company’s strategy was supported by the fundamentals of strong demand, Australia’s competitive advantage as a low cost producer of quality beef and the opportunity presented by the relatively weaker Australian dollar.

The company’s statement said Gunn Agri Partners was formed by experienced investment managers and agricultural operators who had extensive individual track records in operating and managing agricultural assets on behalf of investors.

Here’s a snapshot of some of its key people:

The Fund, through its operating business Cunningham Cattle Co both owns and operates the properties, employing management and station personnel directly. It is currently recruiting for some roles.

Dr Trivett said the strategy of acquiring and operating beef production assets with capacity to supply diversified markets provided investors with a potential attractive source of capital appreciation and yield.

“Gunn Agri’s focus is on developing platforms that align the interests of investors and management,” the company statement said. “We aim to achieve this through transparent cost structures that don’t levy management fees for ongoing operations.”