WHAT options are out there for prospective rural property vendors looking at moving to online auction, in the wake of COVID-19 restrictions on gatherings of people?

A recent investigation showed there are five or six platforms already in the market, each offering somewhat different services.

Examples include the dedicated online platform Gavl, which has enjoyed success in residential and commercial property online auction livestreams, but is unheard of in the rural property space.

Primarily used for livestock online auctions, but utilised occasionally over the years to market everything from wine to timber, AuctionsPlus already has a proven track record in the property auction space.

The first online auctions were trialled back in 2015-16 – click here to view report.

AuctionsPlus chief executive Angus Street said his platform had fielded a sharp rise in inquiries about online rural property auctions since COVID-19 has gathered pace. That trend has only grown since last week’s ban on auction-room gatherings announced by Prime Minister Scott Morrison.

Most inquiries were for online-only sales, but some real estate agents were considering an interfaced auction format, whereby they would conduct a physical auction with a small number of phone bidders in a room, using appropriate social distancing, and other bids placed via the AuctionsPlus screen, all live-streamed.

Online auctions at Ray White Rural kicked off at the beginning of 2015, and were described as “an innovative approach to marketing, giving people the flexibility to follow an auction, or to bid on it, from anywhere in the world. It is also an opportunity for prospective buyers or sellers to watch a simultaneous interface sale in real time,” the company said at the time.

With five years of online auctions now under its belt, RWR has now launched its own sales platform called Private Online Auctions.

The auctions are ‘private’ in the sense that a traditional auctioneer can still conduct an auction from a central point,  but buyers, vendors and agents can listen-in, watch and bid on the auction from their own home or office. 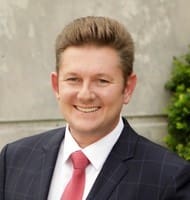 Jason Alford, RWR’s head of national technology, said it is a deliberate move away from an ‘eBay-style’ auction.

“If you livestream these auctions, there are no bidder registrations, which in some states is illegal. Fundamentally, it reduces an agent’s ability to achieve the highest price for the vendor and gives more power to an anonymous buyer to ‘steal’ a property,” he said.

“Instead, buyers who have finance and are pre-approved are invited to a private auction, which satisfies the social distancing rules, via the video meeting Google Hangout,” Mr Alford said.

Mitch Peereboom, the chief auctioneer for Ray White Queensland, said the platform was a new opportunity to provide a creative solution, but still delivers the same outcome. 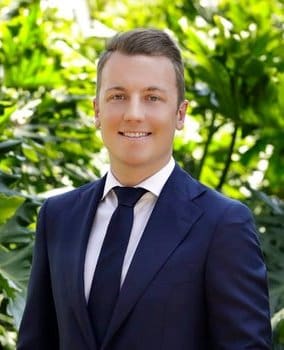 “Private online auctions are conducted with every party in a different room. It is more transparent than a private treaty because buyers can watch how much their competition is putting forward, via a screen. They can also hear agents bidding on a buyer’s behalf.”

“In other words, they can see and hear everything. From my perspective, as an auctioneer, I was able to look at buyers directly and could see them sitting in their living rooms,” Mr Peereboom explained.

With potential buyers being unable to cross state or territory borders without going into quarantine, and with social distancing laws limiting public gatherings to two people, the demand for virtual inspections is also likely to increase.

“Ray White has drone capabilities and recorded videos which, once completed, are uploaded to a portal. A Google Hangout is possible if an agent is on location and can drive around a property.”

He explained that property photos can be pushed onto a platform called Video Punch which automatically stitches the still imagery together into a video that can be viewed by any interested buyer.

In the meantime, Ray White Rural says it is still doing deals and introducing buyers and sellers (minus the handshake).

Given the coronavirus situation, it is providing its clients with a list of things that don’t require face to face contact.

Being cloud-based means agents can work from anywhere.