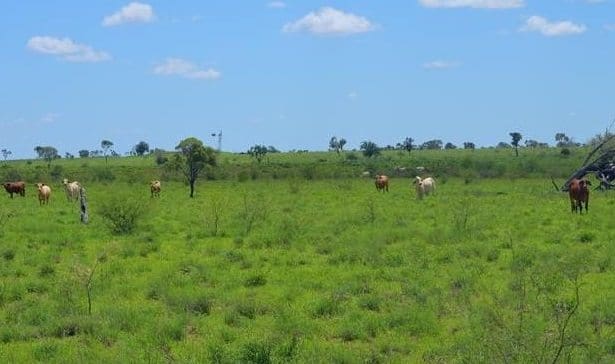 Highly regarded 15,300ha property Willowee, near Ilfracombe in western Queensland, will be sold by timed online auction, starting on 5 December.

AUCTIONS featuring an online component are how major artworks are now often sold worldwide, how the best Thoroughbreds are sold to international bidders and how Ray White Rural has been selling properties since 2015.

Bruce Smith is the national marketing performance manager of Ray White Rural. He claims real estate is a global industry no longer bound by geography, and that’s why online auctions were introduced.

“Online live auctions are an innovative approach to marketing and give people the flexibility to follow an auction, or to bid on it, from anywhere in the world,” Mr Smith said.

He said live video streaming made the online experience ‘real.’

“Prospective buyers can be sitting at home in Australia, London or the United States enjoying the excitement of a live auction as if they were sitting in the physical auction room competing.”

“Rural sales alone have achieved $40m to $50m, while the total value of properties broadcast is worth more than $1 billion,” he said. “Most have been purchased by buyers in the auction room, but there have been some on the phone, as well as those online.”

Mr Wood said there were no other major agencies live streaming at the moment.

“It’s all about bringing the buyers to auction day, no matter where they are. It’s the convenience of seeing the auction right there in front of you. Buyers can see and hear the auctioneer in real time online, on the phone to an agent or in the auction room.”

Mr Wood said there was no change to how a traditional auction is run.

“Online auctions enhance what we are already doing in our in-room auctions. The auctioneer calls the sale in exactly the same way, but there is a camera trained on him.”

“Once the bidding starts the auctioneer addresses those on the floor, those on the phone to an agent, or those online via the camera. The delay time on the video stream is less than half a second, so it is more than adequate for handling the auction transaction.”

He said there had been an extraordinary response to online live property auctions.

“If there are 100 people in the auction room, there are often another 200 to 300 people logging in and another two or three sets of eyes viewing the live auction on each device. They might be potential sellers, bidders or viewers looking to see what’s going on in the marketplace.”

“Sometimes sellers and potential buyers can’t avoid an appointment, a family commitment, a holiday or a business trip. Online auctions mean if people can’t be there on the day, they can see what’s going on in the room on auction day.”

Mr Smith said recently, some family members were unable to attend the Brisbane auction of a family property, so they logged in to watch it go under the hammer live.

“Those family members were from north Queensland to southern New South Wales. There have been other cases where interested parties in Europe have been bidding on a property, but the successful buyer came from western NSW. Also, the fact that someone is going to be away is no excuse if they are fair dinkum. A potential buyer can bid from anywhere in the world.”

He said an online auction enabled agents to maximise competition for the vendor.

“There are broad-reaching marketing campaigns in the rural media, metro press, as well as online. Now there are online auctions which can bring buyers into the auction room in a meaningful and engaging way. Online live auctions give both vendors and buyers maximum competition to achieve a premium price for their properties,” he said.

In a first for Colliers International Brisbane, agent Ben Forrest is using a timed online auction to sell his parents’ 15,300ha property Willowie near Ilfracombe, in central western Queensland.

Mr Forrest is using the same marketing platform used by multiple other real estate agents (see last week’s story), giving him a unique perspective not only as an agent, but as someone closely related to the vendors.

“I spoke in depth to the owner of Sydney-based auctionWORKSonline after analysing a number of rural property sales in NSW,” Mr Forrest said.

“Not only did the system work successfully, but it allowed buyers and sellers to comfortably bid in their own environments. Let’s face it, interested parties are now frequently researching property options online, so it makes sense to allow them to do what they normally would do in an online marketplace and that’s bid for the asset online as well.”

He said the platforms gave anyone the ability to participate in real time, from anywhere in the world, where they have access to the internet.

“These marketing facilities have led the way and proved that buyers and sellers are comfortable with the concept and can trust it.”

Mr Forrest said he chose to use the timed online auction format, for a number of reasons.

“Timed online auctions mean buyers and sellers aren’t put under stress or the spotlight. They can purchase from the comfort of their own home or via their preferred representative and they are guaranteed transparency and anonymity.”