MORE adjustments were seen in Queensland slaughter cattle grid offers this week, in the face of listless export markets and a rising currency.

While tight slaughter cattle supply would normally motivate processors to maintain grids at current high levels, the lack of financial return in international markets is dis-incentivising processors from continuing to compete for cattle that look very expensive, in global comparisons. 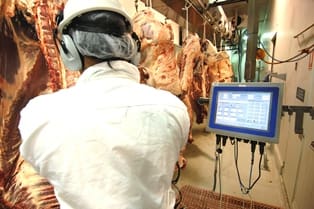 An A$ still trading close to US73c, hovering around two-year highs, is also curbing export customer demand, at a time when other export nations are very active.

Some Queensland processor competitors have dropped their offers a further 10c/kg since Friday, and most of the state’s grids have now dipped a combined 20-30c/kg over the past fortnight.

That comes despite JBS Dinmore’s return to work on Monday this week after a fortnight’s closure due to the poor supply outlook and lack of profitability in converting comparatively expensive cattle into a flat export beef trade. Dinmore plans to kill four days this week, and will attempt to maintain at least four-day weekly rosters heading through September.

Best offers seen this week from competitive processors in Southern and Central Queensland ranged from 610-620c/kg for four-tooth heavy steers (some of those higher grids for HGP-free only), and 550-565c/kg for heavy cows.

Further south, quotes out of export plants in southern NSW and eastern South Australian were 605c/kg on four-tooth heavy steer and 550c/kg on heavy cows without excess fat. Some southern processors are counting on seeing a modest run of slaughter cattle over the next month, as spring conditions warm up.

Bindaree Beef in northern NSW was not offering a slaughter grid this week, apparently satisfied with its current level of bookings.

The word from processor meat sales desks this morning was a little more activity in the trim market into Japan early this week, but generally overseas markets remain very flat. Imported grinding beef prices into the US have continued to retract, with the 90CL imported indicator falling about A40c/kg over the past two months, to A667c/kg CIF last week – it’s lowest point since June last year. Currency value is a significant part of that trend.

The weekly US imported beef report points out this week that lean grinding beef prices from Australia/New Zealand are still trading at a significant US15-20c/lb premium to the growing quantities of South American beef being seen in the market. Irish beef also continues to flow into the US at levels well above a year ago, however, the recent strength in the value of the Euro has negatively impacted this trade.

US seasonal conditions on the turn

Of longer-term concern to Australia’s manufacturing beef trade into the US, pasture conditions in the US have been well below average for much of the recent northern hemisphere summer, but have deteriorated even more in recent weeks.

According to the latest USDA crop progress report, only 22pc of pastures and ranges in the US are now in good/excellent condition compared to 53pc last year and 43pc for the 10 year average.

Lack of feed going into the northern hemisphere winter and poor US dairy and beef cattle returns could result in a larger than normal autumn cow slaughter run this year, Steiner reports.

In saleyards markets early this week:

The eastern states weekly kill report for the seven days to Friday saw production total 105,794 head, up 4pc from the very low throughput seen the week before. Temporary plant closures in some states continued to impact numbers, while the return to work by JBS Brooklyn contributed to a sharp 19pc rise in Victoria, to 18,183 head. Victoria still remained 30pc below this week last year.