Industry leaders have largely endorsed a restructure plan announced by Meat & Livestock Australia yesterday, amid calls by some for changes to go further.

The new restructure plan focuses primarily on addressing 11 recommendations for change made to MLA by a panel of six independent experts following a review of MLA’s Livestock Production Innovation (LPI) unit in early 2013.

The review panel made several criticisms of the levy-funded service-delivery organisation’s approach to selecting and managing on-farm R&D projects, and recommended major changes if MLA was to deliver technological advances required by industry.

The report was delivered to MLA management in June 2013 but the results were not released publicly to the producer levy-payers who fund the organisation, and were first brought to the wider industry’s attention via reporting by Beef Central in August last year.

However, during the recent public hearings for the Senate Inquiry into grassfed levy systems, Senators heard concerns from several stakeholders that that little progress had been made and many of the recommendations were yet to be acted upon.

In the final hearing of the inquiry MLA chair Michelle Allan revealed the MLA board had asked new CEO Richard Norton to undertake a ‘hard-hitting’ review of MLA’s R&D and extension processes in response to the LPI review recommendations and stakeholder feedback delivered via the Senate inquiry.

Yesterday’s restructure announcement was the result of that process.

Here is how some key industry stakeholders have responded to the restructure plan MLA unveiled yesterday: 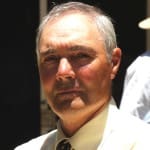 “It’s big picture stuff, however, and we really need to see more detail before we can pass a full assessment on how it will work out in practice,” Mr Ogilvie said.

MLA managing director Richard Norton is scheduled to address a CCA board meeting on that detail next week.

“A lot of those key features we, and the industry, have been asking for for quite a while. We definitely see the emphasis in R&D on livestock productivity and eating quality as a step in the right direction, but we’d really like to see greater emphasis, also, on putting some of that R&D into practice,” Mr Ogilvie said.

“Extension is really important, because so much of the R&D work that’s been done, producers haven’t had the benefit of it, because the extension component hasn’t been there.”

He supported MLA’s pragmatic approach to its income stream next year, with inevitable reduced kills driving down the company’s levy income.

“That’s what good MDs and CEOs do – they keep an eye on the future and I support Richard Norton’s view on managing that, and the way’s he’s gone about it.”

Beef Central asked Mr Ogilvie to respond to the observation that MLA’s, and perhaps the peak council’s response to last year’s R&D systems review recommendations was diffident, at best, and perhaps dismissive, at worst.

“In fact, CCA was really disappointed at MLA’s original response to the R&D review,” he said.

“We were working quite vigorously behind the scenes to get a better outcome, without wanting to do that publicly, but we signalled to MLA quite clearly that we weren’t happy, at all with the original response to the review. One of Richard Norton’s aims, when he got the job, was to make sure that review was given due recognition and attention, and we are very pleased to see that that has now been followed through.”

Mr Ogilvie said the indications that MLA would more closely examine the board selection committee issue was also a positive step, and aligned well with CCA’s views on the matter.

“We’ve been advocating quite strongly that the present election process is not transparent enough, and certain aspects of it need to be addressed,” he said. 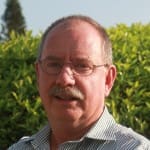 Australian Lot Feeders Association president Don Mackay was encouraged by what he saw in the content and direction of yesterday’s MLA announcement.

“A new MD and a relatively new chairman provide some opportunities to be decisive and make change, where necessary,” Mr Mackay said.

“It’s quite normal for a new chief executive to come in and make some cuts early, in order to revitalise an organisation.”

“Rightly or wrongly, there’s some concerns about transparency at board selection level and other things, and MLA senior management and the board appear to be prepared to deal quickly with those issues.”

“Revenue wise, clearly the expectation next year is that MLA revenue will be lower, and they appear to be prepared to cut their cloth to suit.”

Asked whether the MLA reforms would dilute any of the impact of the upcoming senate inquiry recommendations over levies, Mr Mackay said MLA management had obviously responded quickly to things that they could readily fix.

“If they had waited months, stakeholders would have criticised them. I give them great credit for that, in moving quickly on points like transparency and R&D. If it looks like a good and sensible thing to do, get on and do it, and they appear to have followed that.” 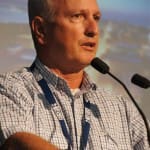 He endorsed the course of action announced by Richard Norton yesterday.

“As one of the original review panel, it is very heartening to see this response and we look forward to the unfolding of it,” Mr Shannon said.

“The things he has announced in this release certainly indicate a significant move toward the things that we had identified in the review report.” 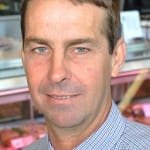 AgForce cattle president Howard Smith said it was refreshing to see the MLA board and its new CEO Richard Norton taking action in response to producer concerns.

Yesterday’s announcement was a good start but Mr Smith said producers wanted to see an independent review of the whole organisation, not just the R&D area.

“There is a long way to go yet, Richard has only been there 10 weeks or so, it will take a while to turn the ship around,” Mr Smith said.

“We will obviously be speaking to MLA as these changes take place, I think they probably need to go further.

“We pay $54m worth of levies out of a $160m grand total and we’re shaving $6m off, obviously we need to look at the whole of MLA and where they can and improve and do better, we think it needs to go further.”

Mr Smith said in the past MLA had tended to “drip-feed” information out to key industry stakeholders, and its handling of the critical LPI review was an example.

“There is a change of guard there but hopefully we still start getting some action in that space.”