Up to now, emerging objective grading cameras such as E+V have been limited to grading marbling scores of 6 or less (see Beef Central’s earlier report), but AusMeat conditional approval has now been granted for the Meat Image Japan (MIJ-30) camera to grade marbling across the entire spectrum from 0 to 9+.

The move represents a major step for the Wagyu beef industry, where carcases from Fullblood cattle in Australia typically produce a marbling score of 8, and F1 (Wagyu x Angus) carcases average marbling scores of 6 or better.

The AusMeat Language and Standards Committee has recently conditionally approved the use of MIJ-30 cameras in Australian processing plants for the full spectrum of marbling scores.

The approval is conditional on maintaining the standards required in the AusMeat regulations such as documentation of in-plant QA systems and ongoing validation testing.

The Australian Wagyu Association, which has been working with MIJ on the technology’s application in Australia, said the digital camera was the first and only approved technology for AusMeat grading across the full marbling range.

“For those in the global beef industries, Meat Image Japan is recognised as the founder of objective carcase quality grading for high-value beef applications,” the AWA said in a statement.

“Japan is the home of Wagyu, and MIJ’s Professor Keigo Kuchida has worked on image capture and analysis for the measurement of yield, quality, colour, and fatness for more than 30 years with the Japanese Meat Grading Association systems,” it said. 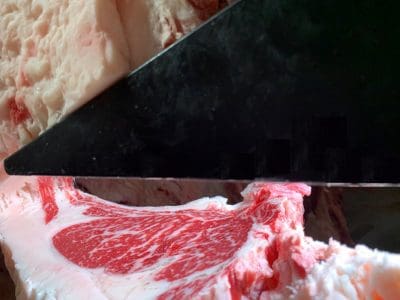 The technology is now in use across the major premium global beef markets including Japan, US, Europe and Australia.

For high-quality Wagyu beef, MIJ has partnered with the AWA to accelerate the development of its digital technology within the Australian premium-quality beef sector. The AWA itself owns five MIJ cameras for commercial use, and others have been purchased by major Wagyu beef supply chains and processors.

More than 30,000 carcases across multiple Australian supply chains have been analysed to build the reference data set for the new MIJ cloud-based carcase grading system.

AWA said it had identified that MIJ was recognised as the gold standard for marbling and carcase quality grading technologies, developed by Professor Kuchida at Obihiro University.

The MIJ-30 is an evolution of the Meat Image Japan technology platform, based on three decades of scientific development and evaluation.

MIJ managing director Atsushi Kano said the R&D development team behind the MIJ 30 – lead by Prof Kuchida, had worked extensively in the development and testing of the camera with AWA, its Australian industry partner.

“As a robust commercial grading tool, the MIJ-30 is ideal for routine industrial use in supply chains across the full range of marble score variation,” AWA chief executive Dr Matt McDonagh said.

He said the AWA had used the camera extensively across many processor sites over the last three years to develop the Australian reference data for the MIJ analysis and AusMeat accreditation.

“In Wagyu, marbling is king,” Dr McDonagh said. “Through collaborating with MIJ, we are able to apply the best knowledge and technology for measuring marbling from Japan into the Australian industry.”

MIJ and AWA had planned to undertake AusMeat accreditation much earlier, but plant access restrictions due to COVID last year made it difficult to access facilities and personnel to complete the required trials, Dr McDonagh said.

“MIJ has been developing the MIJ-30 technology for six years, and it has undergone extensive research, development and testing around the world, including within many commercial Australian meat processors. Their work is published in the leading journals in the field and they are the recognised experts. It is satisfying to see MIJ’s success through conditional approval for high marbling score grades up to 9+ within the AusMeat system,” he said.

Mr Kano said MIJ was aware that several carcase grading camera technologies had been seeking to undertake accreditation in Australia, but the MIJ-30 was the only one to come forward for AusMeat grading approval for the higher marbling scores up to 9+.