A MAJOR breakthrough is happening this week in the often vexatious and divisive issue of the use of dentition as an indicator of meat quality in the Australian beef industry.

Official notification is going out this week to red meat supply chain members that a new trading language cipher, called Eating Quality Graded (*EQG*) will shortly be available for use by industry, as an alternative to current teeth-based ciphers like YG, YP and PR. 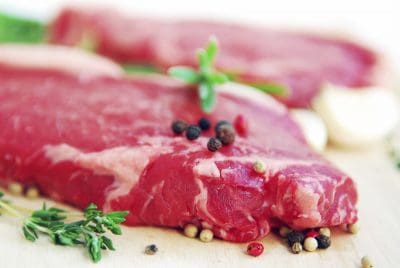 Dentition (the number of teeth an animal has, ranging from milk-tooth to eight tooth or full mouth) has been the trading ‘industry standard’ for maturity, and hence seen as an indicator of eating quality, for 30 years or more. In contrast, the Meat Standards Australia grading assessment uses ossification to measure physical maturity.

This week’s move is arguably the single most important development to come out of last year’s Beef Language White Paper review (click here to access). Among the review’s list of 46 recommendations was the suggestion that a new cipher *EQG* be established in the alternate category to identify beef that has been graded through the MSA (EQ) system.

The underlying principal behind the language white paper was the need to move to an ‘outcomes-based’ industry language.

“There is considerable industry confusion in the use of age, dentition and ossification,” the Language White Paper said. “There is a poor relationship between these three traits, and they need to be treated as separate traits, and not confused.”

At the most recent Australian Industry Language and Standards Committee meeting, it was agreed to include the EQG cipher category as an alternative to existing dentition-based categories, as recommended in the industry white paper.

It’s important to stress that EQG will not replace any existing dentition-based ciphers that exist in the industry language, but can simply be used as an alternative to them, by those who wish to do so.

While the term, ‘EQG’ will be used for the trade description purposes, MSA is still the grading system, meaning training materials, standards, trademarks and the cut-by-cook description on the end-panel of a carton will still carry the MSA identity. The use of the new *EQG* cipher will be limited to AusMeat accredited processing facilities which are MSA-licensed.

As outlined in this morning’s separate story, there’s been a vigorous, largely producer-led lobby for change to the dentition-based quality assessment for most of the past decade, with claims that carcases with acceptable MSA performance have been significantly downgraded on price, just because of breaking teeth. Numerous meat science trials and MSA index results have shown that well-managed four and even six-tooth animals can produce beef every bit as tender as milk and two-tooth cattle.

At the other end of the supply chain, however, the use of dentition by international and many domestic customers to define better eating quality has been almost universal for the past 30 years.

Essentially, what the inclusion of *EQG* as an alternate cipher means, is that for those supply chains and their customers who wish to use it, more cuts from more cattle will be likely to qualify for brand programs, based solely on eating performance.

“MSA has over 100,000 consumer sensory results and 700,000 pieces of meat that have been eaten that show that dentition is not a good indicator of eating quality. All of the other things that we measure are, and EQG now enables a trade description around MSA performance as an alternate category cipher,” he said.

A move to EQG is likely to make a lot of sense for processors with quality brands, lowering the number of Stock Keeping Units (SKUs), and instead of having a myriad of categories and alternative categories in use, replacing them with a single category, when selling under MSA.

Teys Australia looks like being one of the first processors to adopt the new EQG cipher, on a large commercial basis.

General manager corporate affairs Tom Maguire said the company was keen to adopt the new EQG cipher in some of its business, in consultation with customers.

“In some business, it will replace existing ciphers based on dentition – but in order to do so, we first need to get our customers over the line, in understanding the reasons behind it,” he said.

Some Teys beef carrying an EQG cipher as an alternative to existing ciphers could start to be traded internationally within 12 months, Mr Maguire said.

“Qualification for the cipher will be based solely on MSA results, not on dentition,” he said.

Mr Maguire agreed that some better four-tooth and even six tooth cattle that had perfectly acceptable MSA scores, which were currently missing out on qualifying due to dentition, could in future go into the pack.

“It’s about the never-ending quest for transparency, and ensuring we get as much beef as we possibly can into the category, provided it meets the customer’s eating quality parameters.”

Mr Maguire said Teys had not yet started to discuss the *EQG* concept with meat customers, but that process would start once the program was available. Effective communication and education would play a critical role in that, in ensuring that customers did not misunderstand the reasons behind its adoption.

“It’s not about lowering standards in any way, just ensuring that product which meets certain agreed eating quality standards is eligible to be packed into the carton. The industry is developing communication materials, which we’ll hope to use for that purpose,” he said.

“This needs to be approached carefully, because we have been selling beef on dentition to some of these customers for 30 years or more. But as the meat science has clearly shown, dentition has absolutely nothing to do with the consumer experience, while MSA has everything to do with the consumer. If ever we are to go close to getting proper value for our product, it’s through doing things like adopting this EQG model.”

US moving in ‘opposite direction.’

Meanwhile, in something of a coincidence, on the opposite side of the Pacific, the US red meat industry is also looking to make its own changes to the way carcase maturity can be measured.

The North American Meat Institute recently submitted comments regarding proposed changes to the US standards for grades of carcase beef. The move is apparently designed to cater for some of the cattle they believe are being ‘lost’ on the current USDA maturity scores (i.e. ‘A’ maturity), based on ossification.

The Agricultural Marketing Service (AMS) has proposed including dentition and age documentation as additional methods of classifying carcase maturity for quality grading. The US beef standards currently include only skeletal (ossification) and muscular evidence as a determination of maturity grouping.

Since the 2003 BSE episode in the US, however, US carcases have been assessed also for dentition by FSIS, purely as a means of establishing the 30-months age limit under BSE rules. This has nothing to do with quality grading, being purely for food safety reasons.

The proposed change would allow carcases of US grainfed steers and heifers determined to be less than 30 months old either by dentition, or by documentation of actual age to be included in the youngest maturity group for carcases recognised as “beef,” regardless of skeletal evidences of maturity (oss).

Literature suggests the move might allow the US to pick up about one percent of additional cattle, under a dentition alternative. Some stakeholders say it is such a small advance, it’s not worth bothering about. One figure suggested the process might add US$55 million in value each year – insignificant in the context of the broader US beef industry, killing 36 million cattle each year.

The North American Meat Institute’s comments support the proposed changes, stating that they align with current scientific thinking. It said the changes would not pose an additional burden for establishments because they utilise existing regulatory programs to evaluate dentition and age documentation.