THIS week’s announcement that the beef industry is to adopt an alternate meat trading cipher based solely on meat quality, with no reference to dentition, represents the final stage in an eight-year crusade for change. 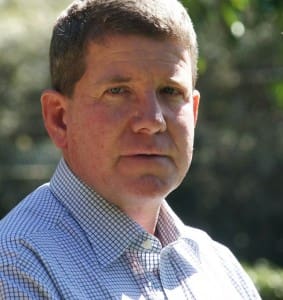 One of the chief standard-bearers in the long campaign for reform has been Central Queensland cattleman, Ian McCamley.

He first raised the issue at an MLA Meat Profit Day held in the Queensland cattle centre of Roma, on Friday, October 2, 2009. The venue was Bassett Park racecourse. The time was 2.30pm.

Those details are well-fixed in this writer’s memory, because he chaired the session at which Mr McCamley raised the contentious issue publicly for the first time.

His key point that day, illustrated with his own statistics and meatworks kill sheets covering his first 4000-odd cattle graded under the MSA program, was that he had numerous well-bred, well-grown slaughter cattle that were passing MSA grading requirements with flying colours, only to be savagely discounted by processors due to dentition.

Losses in some examples on cattle with four or more teeth were as high as $100 a head. Yet their MSA boning groups suggested they were often every bit as good, and in some cases better in terms of eating quality, than younger 0-2 tooth cattle in the same mob.

Mr McCamley’s comments back in 2009 sparked a chorus of similar producer complaints, driven by the apparent contradictions between MSA assessment, and discounts based on dentition. Research clearly showed that dentition had little, if anything to do with meat quality.

In their defence, processors in the Roma audience made the point that virtually all of their beef trade into international markets was on the basis of teeth, based on long-standing customer specifications and the requirements of the industry trading language. In some markets, like the EU dentition was a mandatory criteria.

Mr McCamley was clearly excited when Beef Central contacted him this morning about the launch of the EQG alternate cipher this week (see this morning’s separate report).

“The industry has been driving around in this 1970’s model car for the past 40 years. Now, industry stakeholders can either stay in their old car, or hop into the 2017 model, which will be a bloody good drive,” he said.

“Will processors jump into it? I think they are a little like producers – there’s a whole range of thinking in their ranks. Some will stick with their knitting until they are gone, but others will get in and have a crack with the new EQG cipher.”

“For any processor attracting really good cattle through their plant, who has been watching developments like I have, this is a great opportunity. That beast with a 130 oss, a trace of marbling and grading really well for MSA, but which has happened to cut two, or four teeth in some brands – knowing damn well that that is great product, and in some cases better than the younger product  – this is a really important step. It can influence their brand in a really positive way, by adding some of these cattle to it.”

“It’s about adding more carcases to the brand program, without compromising the product quality in any way,” Mr McCamley said. “That’s a really exciting story to tell, but it will be interesting to see how many brand owners want to have a crack.”

“To me, a little bit of a bottle-neck in our industry is some of the people on the meat sales desks. We have to get them to commit to a development like this, because they are the ones in contact with the end-customer.

“But that means having to do a bit of work –it’s much easier to simply continue selling beef to an international customer based on dentition, the way they always have, rather than having to try to sell the merits of an alternate cipher like *EQG*.”

“Let’s hope that there’s enough meat sales people out there prepared to take this opportunity up with their customers – that it’s brand new, different, and actually better than the way they’ve done it up to now,” Mr McCamley said.

“There’s an education challenge there, but it’s where the likes of Meat & Livestock Australia have to support the hell out of the early adopters, and others looking at the model.”

“In fact I’d love to see the big brand owners put a few KPI’s on their meat salesmen in this space, to get out there and market trading under the new cipher. People need to clearly understand it, and the customer is only going to benefit,” he said.

Mr McCamley said he could not think of one other Australian industry that had not moved on from the way it did things 30 or 40 years ago.

“Beef is only just now starting to catch up. The science has to win out every time, and that’s why this development is so exciting.”

“It’s been a long time coming, but it looks like we’re about to get there, with a more modern, science-based approach to sorting and selling our beef,” he said.

“The good thing with this is that butchers and processors and others who vehemently believe that dentition is the best way to sort carcases on quality – despite the science saying otherwise – can continue doing what they’re doing. This new EQG model is only an option, not mandatory.”

Mr McCamley paid tribute to the Beef Language White Paper Committee, the consortium that researched and wrote the report, and the AusMeat Language and Standards committee, who had all been involved in delivering this week’s outcome.

“Not often do I give credit to the AusMeat Language and Standards Committee, but it’s fully deserved on this occasion,” he said.