SUMMARY (with last year’s results in brackets for comparative purposes): The hand of the market delivered a memorable day for vendors at Euroa on Wednesday.

AS THE two sets of numbers above clearly indicate, the opening to Victoria’s beef weaner selling season has set a blistering pace.

The assessment above is based not against other recent sales but against the beef industry’s own official benchmark – the Eastern Young Cattle Indicator or EYCI as is known for short. 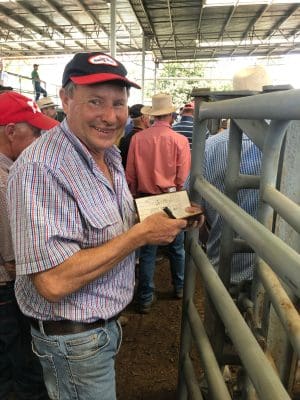 The comparison above is drawn from yesterday’s 2422-strong yarding of predominately black Angus steer weaners penned at Euroa which is recognized at the official opening to the southern beef weaner selling season which will continue until April across Victoria, South Australia and Tasmania before heading north into NSW.

To make this comparison Beef Central has recorded and averaged the price of all calves sold in the weight range of 280 to 360kg live and compare this result against EYCI and then versus the equivalent result last year at Euroa when 2263 head were offered and sold.

That’s a massive difference of 141 basis points (at 53%) above the indicator this year compared to 36 points 12 months ago. And as a further point of reference utilizing the same methodology, the next most recent strongest sales (covered by Beef Central) were Ballarat’s November yarding which rated +126 points and Wangaratta’s January 6th sale that rated +124 points.

However, for those who like their comparisons made in dollars per head the Euroa sale of 2021 returned a dollars per head of $2386 for its 280 to 360kg steers compared to a last year average of $1572/head.

It’s little wonder then that most vendors this year stood back wide-mouthed and starstruck.

“Best day ever”- “remarkable times”- “amazing” and “speechless” were just a few of the utterings made by vendors as lot after lot were sold in sale that had no holes. 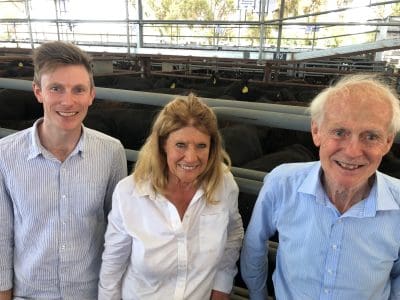 Russell Mawson, Nutrien Euroa said that 80 percent of the yarding was weaned and it showed out in the prices.

“There was a price difference between the weaned and non-weaned but few would have noticed because not many were non-weaned, he said.

What was noticeable Mr Mawson said was that the yarding didn’t offer the weight as last year – above 20kg lighter – following a tight start to the autumn and winter that was cold and wet and the grass didn’t grow much.

But on the arrival of spring, he said it rained on the right days the grass grew quickly and weights of the cattle exploded driven by depth and quality of genetics within.

Mr Mawson said: “As one buyer commented, Euroa stands at the top of the genetics ladder and it has shown through in today’s result”. 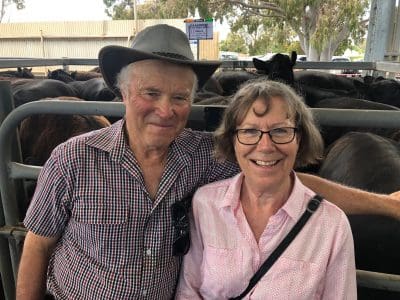 He said while there was an exceptional depth of inquiry from northeast and Gippsland bullock finishers, a northern NSW feedlot order and other interstate operators, many locals wanting lighter cattle to buy for less than $2200 when home empty-handed.

“There wasn’t many or any of those models in the penning or sold at that value, Mr Allan said.

While the weight and quality of the yarding was outstanding Mr Curtis said prices were also amazing.

“To think we can say in a post-sale assessment that a large percentage of yarding has been sold between $2350 and $2600 is unthinkable” Mr Curtis said.

“And to think a reasonable number have been purchased at this money by our own local restockers is also amazing” he said.

Topping the sale at a price of $2620 was Wirrani, Creightons Creek. 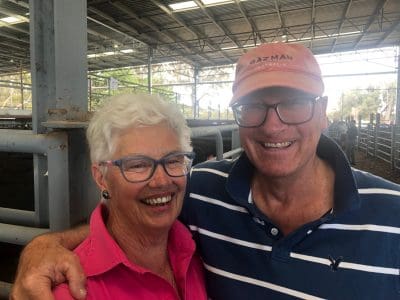 Sue Gall and Richard McGeehan had their best day ever selling to $2560 a line of 70 steers, by Newnham Angus bulls.

Hanson Angus of Yea was one of two volume vendors that offered 150 Angus steers each. 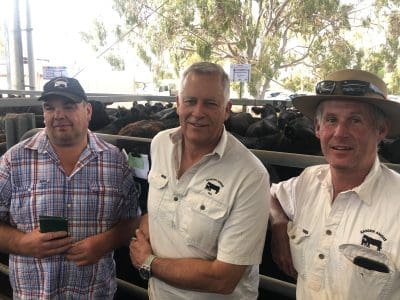 The other vendor to offered 150 Angus was Allanvale Estate, Avenel.

All of these sales feature in Beef Central’s live vision of the sale:

Meanwhile from a buyer’s perspective, opinions varied on the profit margins being taken by bullock finishers replacing cattle sold. 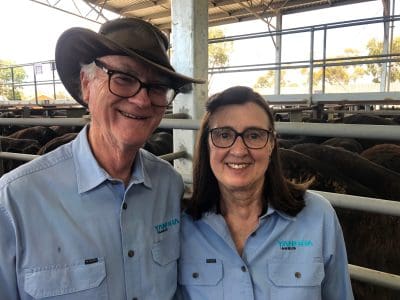 Graham and Helen Cowin, Yandra, Gooram, were speechless after a sale to $2480/head for their Merridale-blood Angus steers.

He said these purchasers were to replace cattle mostly held for 15 months and sold out at $3600 to $3700 at weights topping 430kg dressed carcase.

The change-over he estimated was equivalent to $1200 a head or around $80/head/month.

However, he said few people would work their “sell-to-buy” results in this manner, and less work made a profit determination on a per monthly rate.

As a repeat buyer of Euroa weaners, he said while prices were possibly 10-15c/kg higher than he had previously experienced the Euroa cattle suited the needs of Rangers Valley, and all of cattle purchased would be loaded and trucked to backgrounders in the New England area.

Long may this regime of prices continue as the breeders of the outstanding young beef weaners are reaping the benefits on their long and continued investment in quality genetics.