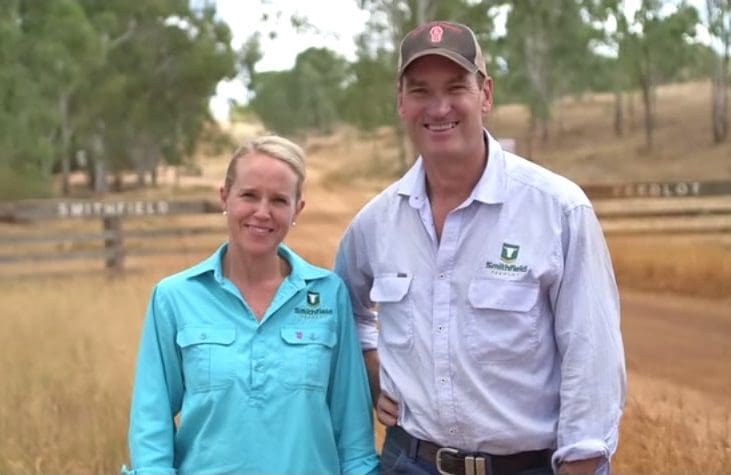 Ms Madden and her family’s Smithfield Cattle Co owns and operates the 20,000 head Smithfield feedlot near Proston in the South Burnett region, together with Sapphire feedlot near Goondiwindi. Beef Central published this earlier report on Sapphire’s recent expansion.

Ms Madden is an accountant by training, and has sat on the ALFA board for the past six years.

She takes over the batton from Bryce Camm from Wonga Plains near Dalby, who has sat as ALFA president for the past three years.

ALFA’s 2021 annual general meeting, held virtually welcomed four new faces to the Council and a change in office bearers, including a new treasurer as well as president.

During the AGM, ALFA welcomed four new individual representatives elected by members to join the council:

Incoming president Barb Madden thanked retiring councillors Tony Batterham and Trevor Hinck for their contribution to the association and to industry.

“The election of four new Councillors will positively help us continue to represent the interests of members and innovate and improve the Association to help members drive further growth and development in the Australian lot feeding sector,” Mrs Madden said.

Mrs Madden thanked retiring President Bryce Camm for his service to ALFA, and said she was looking forward to his guidance as the Immediate Past President.

In delivering his final president’s report, Mr Camm outlined the association’s achievements over what had been a sustained strong 12-month period, despite the challenging operating environment.

“The past twelve months has continued to be challenging in dealing with the global pandemic, however the Association has learned to adapt, and we are proud of our efforts and our ability to continue to deliver value to the lot feeding community,” Mr Camm said.

“ALFA proudly represents over 80 percent of Australian cattle feedlot capacity. We strive for excellence in all services that ALFA delivers on behalf of our members, including industry representation, providing training and technical services, and stakeholder collaboration,” he said.

ALFA continued to work towards delivering on its Strategic Operating Plan – ALFA Initiatives 2020-2023 – to deliver value to members whilst also contributing to the Industry’s overall objectives set out in RED MEAT 2030, Mr Camm said.

Highlights reported to members from ALFA’s 2021 Year in Review included: