The Australian livestock export industry is again in damage control mode over separate animal welfare incidents, just weeks after it dodged a bullet with the federal election defeat of the Australian Labor Party which had pledged to shut down entire sections of the trade due to animal welfare concerns if it won power. 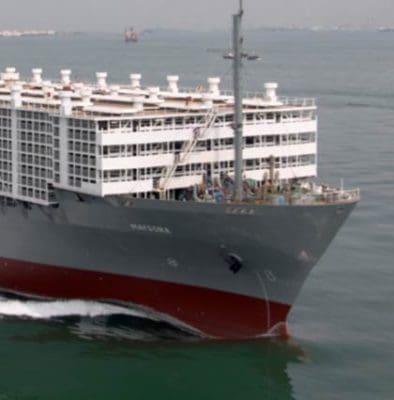 Last week a shipment from Jordanian owned, WA based exporter Livestock Shipping Services was at the centre of negative headlines around the world when animal activists in Israel released footage which they claimed showed Australian livestock being mistreated during disembarkation from the Maysora export vessel at the Port of Eilat in early June.

Activists also produced footage at the time showing dead and bloated cattle which they said was filmed on the same shipment, pointing to Israeli Department of Agriculture reports that 30 of the Maysora cattle died soon after being unloaded.

Thousands of Australian cattle producers rely heavily on the livestock export trade staying open and producer fears about yet another incident further eroding public and political support for the trade saw the Cattle Council of Australia call for an immediate and full investigation into the incident.

Just days later LSS was again in the spotlight when the Department of Agriculture posted five ESCAS non-compliance reports for the March to May 2019 quarter on its website late on Friday afternoon.

One report documented a ‘critical’ ESCAS non-compliance by LSS which was revealed by the Department’s own audit of LSS’s Vietnamese supply chains in May last year .

The Department said its audit found that, among several ESCAS non-compliances, traceability had been lost on 872 cattle exported by LSS to Vietnam.

Why it took the regulator over a year to disclose the May 2018 incident, which was uncovered by its own audit, is not clear.

A second ‘critical’ non-compliance report among the five incidents released disclosed by the Department on Friday involved the loss of control of 743 animals (644 cattle and 99 buffalo) exported to Vietnam by Purcell Bros Pty Ltd in November 2018, with that incident self-reported by the exporter.

In both cases, the welfare of many of the animals for which traceability was lost still remains unknown.

Friday’s release by the Department also included the lesser charge of a ‘major’ ESCAS non-compliance report involving the loss of control and traceability and unknown animal welfare outcomes for a further 61 cattle exported to Vietnam in April 2019. This incident was self-reported by two exporters, the North Australian Cattle Company Pty Ltd and International Livestock Exports Pty.

Of the 872 cattle lost by LSS that were picked up in the Department audit, LSS said it ultimately traced 471 to approved abattoirs, while 401 were “traced to feedlot mortalities or euthanasia”.

LSS responded to the Israel and Vietnam incidents by issuing two media releases on Friday (printed in full below). The exporter said the Australian Accredited Veterinarian on board the Israel voyage reported good animal welfare outcomes during the voyage and at discharge. LSS said it as aware of no breaches of the Australian Standard for Export of Livestock and was awaiting the independent observer report to verify ASEL compliance.

On the Vietnam issue, it said it immediately deployed staff and consultants to the region upon learning of the loss of traceability, and has since made “some significant internal changes”, including appointing two new full time staff dedicated to its operations in Vietnam and  administration staff working solely on Vietnam ESCAS administration and compliance.

Since resumption exports to Vietnam in November 2018 LSS said it had no non-compliance and continues to provide ongoing verification of improvements to DAWR (see full LSS statements below).

The department agreed to allow LSS to resume slaughter exports under a new management plan, which required “additional reporting detailing any issues identified and corrective actions taken to address them, additional monitoring and verification of movement records, the provision of reconciliation data for examination by the department, and further information and evidence of their control and traceability system providers (CTPs) documented systems and processes”.

Vietnam has been one of Australia’s strongest export markets for cattle, currently up 20pc in volume terms year on year, and has been strong since exports to the country surged from a low base to over 300,000 head in 2015.

However repeated supply chain incidents have reaffirmed the trade’s reputation as a frontier market where getting all customers to adopt cultural change on animal welfare grounds has been a major challenge.

In a media statement responding to the Departmental reports on Friday afternoon, the Australian Livestock Exporters’ Council said it took immediate action when it was made aware of the critical non-compliances in Vietnam.

However, the Department first reported the critical ESCAS breaches last year. Beef Central understands mounting pressure from producers about supply chain breaches, including concerns about large volumes of cattle leaking into China, was a major trigger in ALEC commissioning a supply chain traceability firm to independently assess and report on the Vietnam market.

ALEC said in its statement on Friday the independent assessment of the Vietnam market is still underway with a final report due to be released in August.

“The assessors have been in market and their initial findings are that wide-scale leakage is not occurring, however there are areas that can be significantly improved in a small number of supply chains,” ALEC said.

“ALEC is committed to actioning the final findings of the assessment swiftly.

ALEC said all of its members are bound by its Code of Conduct, breaches to this code of conduct will be considered by ALEC’s conduct committee.

“Non-compliance with ESCAS requirements is not tolerated by the Livestock Export Industry.

“ALEC have repeatedly expressed that when these issues emerge, they must also be promptly and thoroughly investigated by the regulator, with the results made public and appropriate sanctions enforced against all relevant supply chain participants.

“ALEC will keep all stakeholders, including the community, producers and the Australian Government informed of the assessment’s progress.

“As an industry we are determined to reset and reform” said ALEC CEO Mark Harvey-Sutton.

“ALEC will continue to engage with the exporters that have been under investigation, to ensure corrective actions are implemented.”

LSS Maysora discharge in Israel – May 2019

LSS has been shipping cattle and sheep to Israel since 1998.

The recent consignment on the Maysora exported 8152 cattle and 48,610 sheep.

The wellbeing and welfare of the livestock during the voyage and discharge has been reported daily to the Federal Department of Agriculture by the Australian Accredited Veterinarian and Independent Observer.

The AAV reported the voyage to have had good animal welfare outcomes during the voyage and discharge.

There has been concerns raised by activist organisations in Israel regarding handling of cattle and sheep during discharge and mortalities during and post discharge.

LSS is investigating all concerns with the vessel, veterinarian, stockman and importer staff.

“At this stage there have been no breaches in ASEL identified, we will investigate all claims of non-compliance and are conducting an internal review.

“We continue to work with the vessel crew, and importer staff to ensure there is appropriate training in animal handling. Discharge is hard work and staff know they are constantly under the microscope,” said export manager Paul Keenan.

Discharge in Israel attracts significant activist attention and there is filming 24 hours a day.

Our staff, vessel crew and importer employees are aware of this, however, livestock can behave unpredictably at times.

During cattle discharge one difficult animal not moving forward can cause stress to at least 40 plus animals behind and swift action is needed to ensure the safety of all animals and personnel.

We continue to train our people, adapt infrastructure and improve communication during discharge to avoid these events.

During the discharge of 8152 cattle the stockman and veterinarian reported four events that required extra attention on the loading ramp.

Our staff and practise are constantly under the microscope and we are committed to always improving and acknowledge if there are any improvements needed.

LSS welcomes advice from all parties if there are non-compliances identified in our supply chain and will always investigate them.

During the voyage a minimum of 8 sheep are trained as ‘pilots’ to lead other sheep off the vessel.

This practice is very successful and reduces over handling of livestock and promotes flow onto trucks.

During discharge of the 48,612 there were limited events that needed intervention on the discharge ramp.

There is growing animals activists campaign in Australia and Israel.

LSS has had fraudulent activities by activists in Israel in attempt to raise non-compliances against their supply chain.

“As an industry we need to get better at informing the community about what we do and how we do it,” said managing director Ahmad Ghosheh.

In May 2018 during an ESCAS audit DAWR identified non-compliance in LSS Vietnam supply chain.

These included errors in verification of livestock control and traceability requirements under ESCAS for approximately 870 cattle, poor handling during the live streaming of CCTV by animal welfare officers in an abattoir, and independent audit reports showing inconsistencies.
LSS immediately deployed staff and consultants to the region and conducted significant internal investigations to address all non-compliances.

The DAWR audit process provided the outcomes an independent audit should provide.

The process was a valuable for LSS and has lead to some significant internal changes, said export manager Paul Keenan.

Since resumption exports to Vietnam in November 2018 LSS has had no non-compliances and continues to provide ongoing verification of improvements to DAWR.

At the time of the audit LSS had 58 abattoirs and six importers in their supply chain.

LSS began exporting to Vietnam in 2016.

Vietnam is a “trader” based market where livestock are sold to many small butcher/abattoirs which increases risks of leakage and animal handling which is not ESCAS compliance.

Vietnam is a relatively new market compared with Indonesia. Since the significant events in 2016 highlighter poor slaughter practices in Vietnam industry has undertaken significant additional layers of compliance such as requiring CCTV in all feedlots and abattoirs and sophisticated traceability systems as verification of compliance and to deter leakage.

Due to the significant investment and resources required to meet these requirements third party providers are used by exporters to assist in the technology required. Like the NLIS system in Australia, human errors, and technology adoption has challenges.

The systems in Vietnam are still in their infancy and industry is looking to the future to streamline these systems as the market matures. Industry has spent a lot of time and money developing the Livestock Global Assurance Program and we look forward to the newly formed company “Animark” moving into this space to future proof our industry.

Managing director Ahmad Ghosheh said “LSS is committed to ESCAS compliance and has invested significant in all markets it exports too, this not only improves welfare outcomes for Australian livestock but also local livestock. We know there is always more to be done and we will continue to invest in our supply chains so they uphold Australia’s position as leaders in animal welfare.