The changing face of Australia’s cattle export sector since 2011

The evolution of specialist stand-alone exporters has been one of the defining trends of change in the cattle export sector in the 10 years since the climactic events of the June 2011 Indonesian trade suspension. 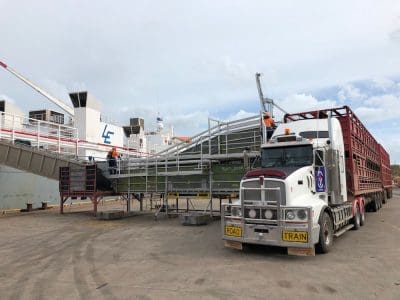 At the time of the ban there were 35 licensed livestock exporters operating from Australia, according to the Federal Department of Agriculture, which included small part-timers who held licenses to export cattle, sheep or goats on an opportunistic basis.

Ten years later there are still now 29 “active exporters”, according to the Department, but how many of those are truly active is debatable, with as few as eight now dominating the vast majority of Australia’s cattle exports.

A decade later some of those names remain and have prospered in the new operating environment.

While there are no publicly-released figures showing volumes handled by each exporter, Austrex which is a major player in southern dairy and beef breeder heifer exports in addition to northern cattle exports, is now thought to be Australia’s largest cattle exporter, following Wellard’s decision in 2019 to cease livestock trading and focus instead on chartering its vessels to other exporters.

WA-based exporters LSS, ILE and Halleen have all continued to operate and grow over the past decade, with LSS and its fleet of vessels in particular developing into a major player in the South East Asia cattle trade, adding to its long-standing trade into Middle East supply chains.

Chinese investment came into Australia’s livestock export sector in a big way in 2015 and 2016 in anticipation of major trade opportunities opening up following the signing of a new protocol allowing Australian feeder and slaughter cattle to China for the first time.

However the trade failed to fire, and the presence of Chinese ownership has since diminished again.

Names such as Phoenix have come and gone. Chinese backers for a period owned former Elders live export company NACC, until it entered voluntary administration in June. NACC has since relaunched with a backing from a new source, the WA-based Ghosheh family.

NACC’s new directors are listed as its previous general manager, Ashley James, along with with Abdelrazzaq and Mahmoud Ghosheh, the sons of LSS CEO Ahmad Ghosheh. With what is believed to be a majority stake in NACC, the Gosheh family’s interest now effectively include a second livestock export licence, alongside the licence used by LSS.

SEALS operates today as a subsidiary of Yarra Corp, a Singapore based trading company with strong Chinese links.

One major structural change since 2011 has involved the withdrawal of large publicly listed companies from direct investment in livestock export trading businesses. Elders, Nutrien (formerly RuralCo and Landmark) and Wellard no longer have the active participation in the sector that they did 10 years ago.

Frontier International, which was formed in 2013 by Ruralco was bought earlier this year by senior management including Will McEwin and Tony Gooden. It is today one of Australia’s largest exporters of cattle to Vietnam, in addition to Indonesia.

While the above list is not exhaustive it encompasses most of the prominent operators handling the majority of exporting activity today.
As larger corporate owned entities have moved out and new ownership structures involving foreign interests have flowed and ebbed, the enduring business model in the ESCAS-dominated operating environment has been the specialist owner-operatorswith deep connections throughout the Australian cattle industry and strong relationships in customer markets.

“Something that is now quite different”

One industry stakeholder said the age of ESCAS has effectively turned livestock exporters from a group of traders into “something that is now quite different”, led by specialist exporters who “are essentially privately owned and robust and agile enough to live and breathe on their strong relationships with the market”.

While the June 2011 suspension remains front of mind for the industry 10 years on, often overlooked is the arguably even heavier blow dealt to livestock exporters by the Asian financial crisis in the 1990s, which nearly tipped many businesses over. Some argue that was indeed even bigger and harder to recover from: “No law suits, no assistance, just raw commercial pain,” was one veteran’s recent take.

Discussing structural industry changes over the past 10 years, another exporter pointed out that all operators have had to lock their supply chains down to operate to the letter of ESCAS law, now the common denominator, which has largely put all on the same playing field.

“There has been a rationalisation of abattoirs since 2011, and all the small abattoirs have gone,” he said.

“Exporters pay the ESCAS audit fees so it has given them the ability to pick and choose which facilities the importers can use and operate and the audit fees demand a sizable facility be used to justify the costs.”

Another visible trend in recent years has been the emergence of a professional and highly qualified new generation of young operators who are now making their presence felt in the industry.

In discussions with younger company representatives what stands out is their universally held belief in the role the Australian livestock export sector plays in exporting high standards of animal welfare knowledge and handling practices to customer markets, and how that in turn lifts standards and benefits domestic animals in those countries. 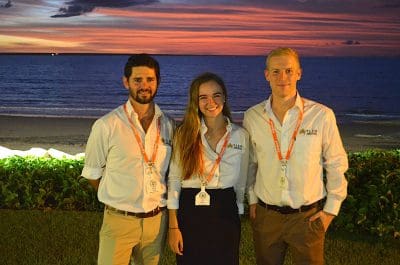 Inaugural Young Livestock Exporters Network directors Patrick Coole, Kari Moffat and John Cunnington, recipients of the Young Livestock Exporter of the Year awards for 2020, 2021 and 2019 respectively, are among a new generation of highly qualified, professioal young leaders making their presence felt in the livestock export industry.

Through highly visible, proactive networks such as the Young Livestock Exporters Network and the Livestock Collective the pride they take in their work and their industry is actively and assertively communicated to the world via social media and communication campaigns. The 2011-2021 decade will also be remembered for a couple of other reasons – the rise and rise of cattle prices which has reset the market landscape, and the COVID era which has created major additional new challenges for the trade in recent years.

While the industry managed to work well with Government to minimise logistical disruptions caused by COVID quarantine rules, the experience has also underscored another major issue – that is the industry’s heavy reliance upon a small number of qualified shipboard veterinarians, stockmen and women and crew, who have all been forced to make extraordinary sacrifices including months and even years away from family and loved ones due to inflexible quarantine arrangements – a subject for another deeper analysis that we will follow up with soon.