Discounting any further unforseen calamities, 2015 is shaping as the year that Northern Territory cattle producers start to climb out of the hole caused by successive setbacks in recent years, including the cataclysmic June 2011 Indonesian live export ban and ensuing permit cutbacks. 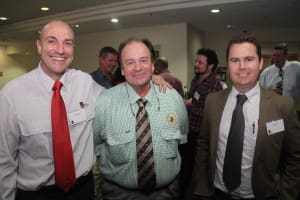 NT producers and industry stakeholders are meeting in Darwin today for the annual Northern Territory Cattleman’s Association’s conference and dinner.

It is a period of renewal in many ways for the association, with an all new leadership team taking over the reins.

The stars are appearing to align for NT producers with a generally good season in most parts and strong demand coming from a range of markets.

The platform for recovery was laid last year when the Indonesian Government issued permits for a massive 700,000 cattle throughout the year.

While there have been some signals that Indonesian orders will not match that level again this year, as the recently elected Widodo Government renews talk of self-sufficiency aspirations, expected Indonesian orders for 250,000 cattle in the second quarter are further positive news for producers.

Export steer prices to Indonesia are currently sitting around the $2.65/kg mark in Darwin according to export industry sources Beef Central spoke with last night, which compares to $2.30/kg this time last year and $1.70/kg two years ago.

“That will let us get on with some confidence, and it will take a bit of pressure off other markets.”

Mr Stockwell said strong demand from a range of markets was contributing to a generally positive mood in the territory.

“I think people are certainly starting to see a positive outlook, that is for sure,” he said.

“I think this will be the year that we start to climb out, as long as nothing silly happens.”

Mr Stockwell is a former agricultural scientist who moved to the Northern Territory in 1978 to work with the NT Department of Primary Industry at Katherine.

He enjoyed a 21 year career in research and extension focused on beef cattle grazing and native pasture management, gaining a Masters degree in Agriculture for research work carried out on Katherine district cattle stations in 1988.

For the last nine years of his time with the NT DPI he was the regional director at Katherine.

He bought his first cattle in 1987 and his first property in 1989, and over the past 20 years with his wife Bev and three children he has built a business which now runs about 7000 cattle on 850 sq km in the Sturt Plateau District south of Katherine.

He is also a former chair of the North Australia Beef Research Council.

Mr Stockwell said that taking on the NTCA presidency was a big commitment, as much for his family as for himself, but he felt it was essential to give something back.

“I am honoured they considered me for the job, and it is a duty I am happy to take up, because I feel it is a community that is worth paying back and doing something towards keeping it going.”

Click on pictures below to see some of the faces in attendance at last nights’s NAB agribusiness Top End Beef Industry Dinner.