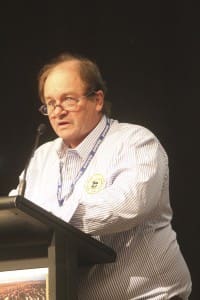 The Northern Territory Cattleman’s Association will have an all new leadership team in place after its annual general meeting in Darwin at the end of this month.

The three-year term of president David Warriner finishes at this year’s AGM.

The NTCA has today confirmed to Beef Central that Sturt Plateau cattle producer and agricultural scientist Tom Stockwell will stand as the sole candidate to replace Mr Warriner at the meeting on Thursday, March 26.

Alice Springs cattle producer Chris Nott, Alcoota Station is set to replace Mr Stockwell as the NTCA’s delegate to the Cattle Council of Australia, while former NTCA chair Rohan Sullivan will stand to become the association’s delegate to the National Farmers Federation.

Former executive officer Tracey Hayes took over as NTCA’s executive director in May last year after Luke Bowen stood down to pursue other interests.

Mr Stockwell is a former agricultural scientist who moved to the Northern Territory in 1978 to work with the NT Department of Primary Industry at Katherine. 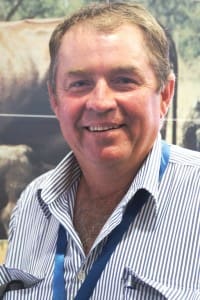 He enjoyed a 21 year career in research and extension associated with beef cattle grazing and native pasture management, gaining a Masters degree in Agriculture for research work carried out on cattle stations in the district in 1988.

For the last nine years of his time with the NT DPI he was the regional director at Katherine.

He bought his first cattle in 1987 and his first property in 1989, and over the past 20 years with his wife Bev and three children he has built a business which now runs about 7000 cattle on 850 sq km in the Sturt Plateau District south of Katherine.

He is also a former chair of the North Australia Beef Research Council.

The NTCA has also released the finalised details of its 2015 conference program:

Industry Conference – Darwin Convention Centre, 8am (Registration after 7am)

Across the Territory it is a time of optimism within the cattle industry. Growing markets, Government cooperation and a positive start to the season, all promise to contribute to continued long term growth.

For 31 years is has been the charter of The Northern Territory Cattlemen’s Association (NTCA) to protect the rights and promote the interests of its members. As we celebrate the positive production environment of the industry at our 31st Annual Conference and AGM we will also carefully consider how we plan for the future. We will hear predictions that the demand for protein will continue to increase around the globe – but that scientists hope to feed the world from laboratory. How can NT Producers remain competitive as technology changes the entire basis of the industry? How do we build on our proven resilience, tenacity and grit to remain relevant and prosperous for many years to come? The 2015 conference, held in Darwin proudly hosted by the Katherine branch of the NTCA will confront and challenge delegates and encourage the industry to work together to unlock the North achieve its full potential.

Director of Capability and Innovation, Telstra

Adapting for the future-Are we positioned for change?

Attracting capital to the North

Developing the North-How Bi-partisan is it?

Consumer Trends and vision for MLA

2:30 Future NTCA –reporting on their experience 12 months on from being identified as future leaders. This session will include a presentation from Dennis Hoiberg

3.30 Panel Session-The panel session will be facilitated by Matt Linnegar and include a line up from the speaker program and other industry leaders.