The 747J8F service between Toowoomba and Hong Kong will be southern Queensland’s only scheduled international airfreight-only service.

Wagners’ global chairman and airport developer John Wagner described the agreement as ‘a major coup’ for not only the airport but for Queensland’s primary producers and exporters. 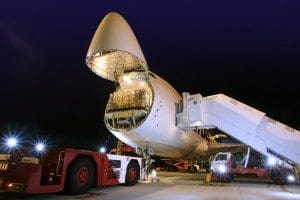 “The opportunities this creates for Queensland exporters to benefit from Australia’s free trade agreements and to access the world’s biggest consumer markets are unlimited,” Mr Wagner said.

“We are on the cusp of very exciting times and the reality for our multi-million dollar agricultural and processing sectors is produce like chilled meat and other perishables will be able to fly direct to Asia from the region in which they are produced, creating both valuable first-mile and cool-chain efficiencies, and enabling significant capacity for the growth of trade,” he said.

The international scheduled weekly freight service will be operated on a Cathay Pacific 747, which will initially depart from Sydney, then land in Melbourne, with a final stop in Toowoomba before the nine-hour direct flight to Hong Kong.

Brisbane West Wellcamp Airport, which opened in November 2014, is Australia’s first privately-built public airport. In addition to its upcoming freight operations, it also has 72 domestic regular passenger flights in and out of the airport every week to destinations including Sydney, Melbourne and Canberra.