The gathering drew committed beef and lamb suppliers from across the Great Southern program’s mainland catchment area extending from Central NSW across Victoria, and into eastern regions of South Australia. Tasmanian suppliers held their own supply chain dinner towards the end of last year.

Here’s a quick snapshot of thoughts on the JBS Great Southern program, from a sample of producers in attendance:

As a self-confessed ‘believer in pasturefed beef’, Mortlake’s David Allen said while the broader beef market was pretty hot at present, there was still a genuine premium well above that for cattle eligible for Great Southern’s certified pasturefed program. 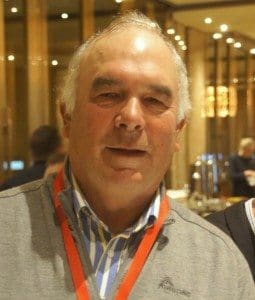 He said in export markets, that was being driven for JBS by big customers like Chipotle restaurants and a large Texas supermarket group in the US.

“It was hard to imagine, even a year or two ago, that premiums and demand like this would be seen for grassfed beef,” David said. “But brands have become a major selling point in beef, especially in the pasturefed segment.”

“We were involved in Cattlecare, years ago, so we were familiar with the process and the need for record-keeping. It’s all stuff we probably do anyway, and is a small price to pay to access premiums like these. The advantage of the JBS program is that we don’t have to pay for the audit fee.”

“We were EU accredited for years and years, and we used to say it was worth a 30-50c/kg premium over conventional cattle. This Great Southern program is more,” he said.

Wodonga district beef producers Aaron Margery (pictured) and his father Geoff have been aligned with Great Southern since the program started 18 months ago. 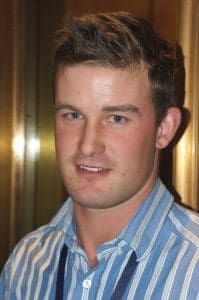 The have shifted emphasis in their grazing operation from producing mostly feeder steers for feedlots, to grassfed finished cattle for the Great Southern program, slaughtered through Brooklyn.

“The attraction for us was very much the premiums on offer,” Aaron said.

“There’s a little bit of work to start with to become accredited, based on the criteria. But there was nothing that was too hard to achieve. In our operation alone, the premiums we received last year through Great Southern could have been $50,000, on 1100-odd cattle,” he said.

Aaron said he saw a strong sense of collaboration emerging through the supply chain, as a result of the success of the Great Southern program.

“Everybody is trying to work together, for collective good,” he said. “It’s a good thing that JBS is doing, because in the past we have not had anywhere near as much feedback and help from processors, to try to improve performance. This is different.”

“I’m excited about the new Livestock Data Link process, and looking forward to using it. The more feedback and benchmarking we can get, the better.”

“For us, the premiums attached to the Great Southern program has opened up another stream of income that has enabled us to develop this property closer to its potential,” George said. 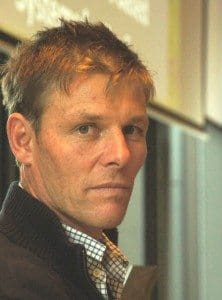 “I saw the top of the grid last week – well over 500c/kg – a level which the lamb prices at times struggle to achieve,” he said.

“It’s a matter of finding a grazing and pasture system that works for you and your farm. If you have somebody who is prepared to pay the sort of money that Great Southern does for beef, we believe we can eventually perhaps triple the production achieved off this property, from where it started.”

“We’ve managed to extend the growing season, with ryegrass varieties and new farming practices from April all the way to November or even December. For the long hot summers, we rely on silage for 35-40pc of our production. That’s a better growing season even that dairy farming country in New Zealand.”

The property will turn off around 800 head this year, aiming for 300kg carcase weights over an extended turnoff period. The first 400 of this year’s steers will be ready to roll within the next six weeks, selling through to later in the year.

Former Cattle Council of Australia president Bill Bray said he had always been interested in both the integrity delivered through on-farm quality assurance systems, and grassfed production. 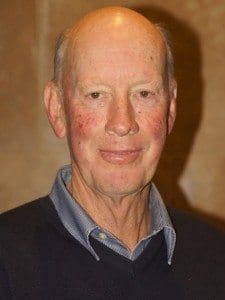 “To have a large brand program that combines both, and backed by the MSA grading system to underpin quality, is a great step forward,” he said.

As one of the founders of the pioneering ‘Gippsland Natural’ program many years ago, Bill said he was a great believer in pasturefed beef.

“One of the real advances I’m seeing now is the communication and enthusiastic engagement between producer and processor,” he said. “This morning we heard from McDonald’s and Andrews Meats about how they can value add products for consumers across the world. There’s an increasing appetite for a Natural grassfed beef burger across the world, which will help utilise the whole carcase.”

“I hope to see the demand continue to grow for our grassfed product, and JBS, through its Great Southern brand continue to reward producers, as they have been.”

“All other things being equal, we’re looking at 40-50c/kg over and above a generic MSA steer for our Great Southern cattle. On a 300kg animal, that’s worth close to $150 a head,” he said.

“I’ve got big inputs at home through fertiliser use, animal health requirements and so on, but through this program I’m getting well-rewarded for making sure I have an animal that meets their specification, and which is underpinned by the audit process.”

“This interaction today in Melbourne has been first class – producers have access not only the cattle buyers, but the meats sales team who can tell us how the product is going in the marketplace, meat scientists and others.”

“There’s a lot more producers who are getting the confidence to ask the questions they needs answers for to improve their performance. It’s about that engagement.”

“Regardless of how high this general cattle market goes this year, JBS has committed to be in the market and competing on these cattle, at a strong premium.”

Click on the gallery images below to access social photos from Friday night’s Great Southern Supplier of the Year dinner.