In this comment piece, CEO of Arcadian Organic, Alister Ferguson, responds to comments made by northern cattleman Peter Hughes about premiums for Certified Organic cattle, published in this Beef Central article last week….

AS the CEO of Arcadian Organic, Australia’s largest organic meat supply chain business, I read with interest the comments recently published in Beef Central about the organic beef industry. 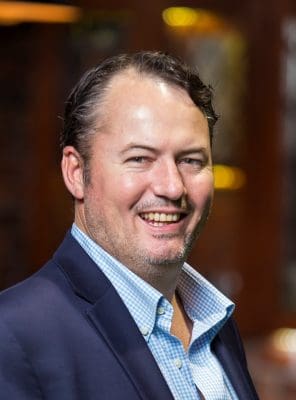 In light of those comments, I feel that it is a good time to offer my perspective on the organic meat industry.

The first point I would like to make is that although the market for organic beef is a niche segment, it is a strongly growing niche. To illustrate, the US organic market – the largest in the world and a key destination for Arcadian’s products – grew by more than seven percent in 2016, well in excess of broader industry growth rates.

This means there is a major opportunity for a sustainably profitable business in the organic space, especially in export markets. There are businesses, like Arcadian, that are riding this wave to the long term benefit of both their cattle suppliers and themselves.

“The key is commitment – right through the supply chain.”

Success is not guaranteed though. The key is commitment – right through the supply chain. We are a customer-led business, which means determining what our consumers want and then doing our best to satisfy this demand.

We simply cannot expect to be successful just doing what it suits us or our suppliers to produce. One of the first things to understand about the organic market is that simply being certified organic is a long way from enough.

Certification is just an ‘entry ticket’ to the market. You need to invest in determining the real trends and needs. I must emphasise that this is not just about fads and superficial ‘buzz words.’ Here’s an example. In Arcadian’s case, we learned some time ago that there was a real preference in the US market for strong credentials in animal welfare, non-GMO and for 100pc grassfed. It was clear the market would pay a premium for these over the long term.

We took this insight back to our loyal suppliers, many of whom committed to the changes and implemented the Global Animal Partnership (GAP) welfare program, non-GMO project verification and 100pc grassfed. In some cases, like the GAP program, Arcadian was prepared to pay for our producers to achieve this status, in return for producer participation.

“The problem arises when the organic market is approached with the short-term and opportunistic mindset of conventional commodity markets.”

Achieving these changes took time, and major commitment on both sides, but organic is a long game. The organic market demands commitment to stable supply, which means partnerships with producers that are also in it for the long-term.

The cycles in organic are measured in years. The customers that I’m currently visiting* in the US purchase annually, and they expect to be supplied that way.

Many are major retailers, like the Whole Foods retail chain, that have been with Arcadian for over a decade. In return for this commitment our customers will pay a premium that makes it all the way back to our suppliers’ farm gate.

Prices paid to our organic suppliers have on average been substantially higher, and far more stable, than the broader cattle market. Successful marketing involves differentiation, the idea of having something that is genuinely distinct from competitors.

In our business, we have invested heavily, and successfully, in developing differentiated brands that have been built with consumers, not just the trade. This brings pricing power when dealing with both new and existing customers.

My closing observation would be to challenge any claim that organic markets aren’t sustainable. The problem arises when the organic market is approached with the short-term and opportunistic mindset of conventional commodity markets.

Organic cannot be treated like an extra flavour, or as a product variety that that is sometimes produced when it suits. You must either commit to being in organic, or not be in it at all.

* Alister Ferguson is CEO of Arcadian Organic & Natural Meat Co. He was in Chicago visiting US customers when he penned this item for Beef Central.