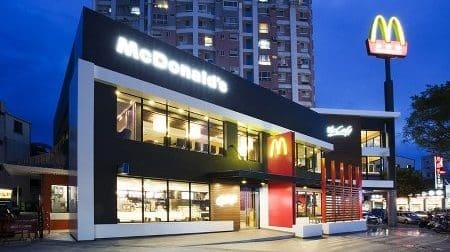 Global burger giant McDonald’s has announced plans to exit its restaurant business in Russia, after more than 30 years of operations in the country.

McDonald’s earlier today announced it will withdraw from the Russian market and has initiated a process to sell its restaurant business. The company temporarily closed its Russian restaurants back on 8 March.

McDonald’s controls about 850 stores in Russia, 85 percent of which are said to be owned directly by the company.

“The humanitarian crisis caused by the war in Ukraine, and the precipitating unpredictable operating environment, have led McDonald’s to conclude that continued ownership of the business in Russia is no longer tenable, nor is it consistent with McDonald’s values,” the company said in a statement.

As part of McDonald’s decision to exit, the company is pursuing the sale of its entire portfolio of McDonald’s restaurants in Russia to a local buyer. The company intends to “de-arch” those restaurants, which entails no longer using the McDonald’s name, logo, branding, and menu.

McDonald’s will retain its trademarks in Russia.

McDonald’s said its priorities included seeking to ensure the employees of McDonald’s Russia continue to be paid until the close of any transaction and that employees have future employment with any potential buyer.

McDonald’s president and chief executive officer Chris Kempczinski said his company was exceptionally proud of the 62,000 Russian employees who worked in its restaurants, along with the hundreds of Russian suppliers who supported the business, and its local franchisees.

“Their dedication and loyalty to McDonald’s make today’s announcement extremely difficult. However, we have a commitment to our global community and must remain steadfast in our values. And our commitment to our values means that we can no longer keep the Arches shining in Russia.”

McDonald’s restaurants in Ukraine remain closed while the company continues to pay full salaries for its employees in the country and continues to support local relief efforts led by Ronald McDonald House Charities.

Across Europe, the McDonald’s System is supporting Ukrainian refugees through food donations, housing and employment.

As a result of its exit from Russia, the Company expects to record a charge, which is primarily non-cash, of about US$1.2-1.4 billion to write off its net investment in the market and recognise significant foreign currency translation losses previously recorded in shareholders’ equity.