THERE was a modest lift in imported lean grinding meat prices into the US last week, but that was influenced mostly by limited trading volumes, market watchers suggest.

End-users of imported beef in the US appear content to sit on the sidelines amidst all the volatility in broader US beef markets, waiting to see any definite price signals before taking a position for summer stock. Adding to their uncertainty, US fed cattle futures are down almost 10pc in the past three weeks as market participants worry about beef demand going into the northern hemisphere spring. 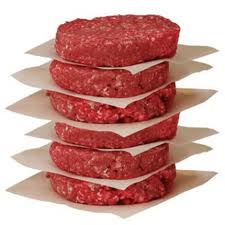 Still, offerings from New Zealand also were reported as limited, with packers there noting that cow slaughter continues to run well below year ago levels. Australian packers pointing to the stronger currency, holiday shortened slaughter and poor margins as reasons why they, for the moment, are showing firm offers in the US market. Shipments of Australian manufacturing beef to the US market in the first three months of the year were 42,205 MT, about 26,000 MT lower than last year. This is about 57.3 million pounds or the equivalent of almost 1600 loads of meat (at 36k/load). Large freezer stocks have helped end users so far but, the question analyst Steiner Consulting is asking is, for how long?

US domestic cow slaughter is running slightly above last year’s levels, but it is not expected to lift significantly until 2018 – although unfavourable weather could bring those higher numbers forward.

Cattle prices in the US have been extremely volatile in the last six months and this continues to be a factor that impacts imported beef trade, Steiner said in its weekly market report.

“End-users are finding it extremely difficult to manage their forward risk given the sharp swings in US cattle prices,” Steiner said.

Last year, market participants using futures were pricing June 2016 fed cattle at around $147.7/cwt. Lower prices for competing meats and a rapid increase in fed cattle weights quickly eroded that forward outlook and by the end of September, the June 2016 futures contract was trading at $124.65/cwt, a 15.6pc decline.

“One can argue that shifts in both demand outlook (competing meats, US economy, etc) as well as changes in supply drivers affected that valuation,” Steiner said.

“Since last September, however, the June futures contract has been trading sideways but in a very wide, volatile range. There were 10 distinct swings, with the futures price in 3-4 week periods moving anywhere from 4 to 10pc.”

Steiner said it expected prices to settle somewhere in the mid-120s.

“Given the extreme volatility that’s occurring, US end-users are likely to continue to trade very cautiously. Gone are the days when fed cattle prices were on a steady bullish trend and having forward coverage was an automatic win,” last week’s report said.

Big declines in trade out of Australia

As highlighted in our March monthly export summary published last week, Australian beef shipments to the US in 2016 continue to track well below last year.

Total beef shipments (not just manufacturing beef) in March reached 26,276t, down 37pc on the same period a year ago. Total Australian beef and veal exports to all markets in March were 96,697t, down almost 22pc.

The decline in shipments reflects the sharp reduction in the number of cattle coming to market in Australia. Eastern States slaughter during the four weeks ending March 25 averaged less than 135,000 head/week, compared with 172,351 head for the same four-weeks last year, implying a 22pc year-on-year decline.

Where will US cow slaughter head?

Steiner’s weekly report suggested there has been a lot of conversation in the US market about the pace of US cow slaughter in the next couple of years, still a long way from levels observed in 2007.

USDA pegged the January 1, 2016 cow inventory at 39.6 million head. Estimates show a steady increase in cow inventories for the next two years peaking at a little under 41 million head by 2019.

“The increase in US cow numbers implies steady gains in the number of cull cows coming to market, but it is important to note that US cow slaughter will remain somewhat limited at least in the very short term,” Steiner said.

The ratio of annual US cow slaughter to the national cow herd for the period 1990—2006 was 13.4pc, it said. The ratio was 16.8pc in 2011 when high feed costs and dry conditions forced producers to liquidate the cow herd. In 2015, the ratio once again declined to 13.3pc, back to the long-term trend.

“During times of herd expansion (being experienced now in the US), it is not unusual for the ratio to actually dip slightly under trend,” Steiner said.

“We expect the ratio in 2016 to be around 13pc, which would imply an annual slaughter level of 5.154 million head, slightly higher than last year. Using a ratio of 12.9pc in 2017, again consistent with herd rebuilding trends, the total annual cow slaughter is projected at 5.22 million head, just 1.2pc higher than in 2016 and still about 17pc lower than slaughter numbers in 2013.”

The takeaway message from this was that the price of lean grinding beef in the US has backed off the extremely high levels seen in 2014 and 2015. However, a very slow increase in US cow slaughter numbers and a decline in beef imports will continue to support lean grinding beef values, Steiner suggests.

“Keep in mind that the price of US domestic 90CL beef in 2012 averaged US$213/cwt and in 2013 it averaged US$203/cwt. Lower prices for fed cattle will continue to play a role as to how high lean grinding beef prices get, but we think that historically light cow numbers set a firm floor under current prices.”