Impact from non-tariff trade barriers on red meat explodes to $3.4b

THE impact on the Australian red meat industry from non-tariff trade barriers in export customer countries has been re-assessed, growing exponentially to $3.4 billion each year in latest findings. 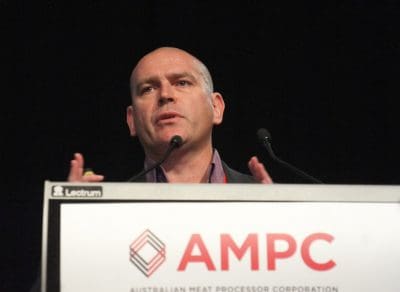 He previously discussed non-tariff trade barriers (NTBs) in detail in this Beef Central article published in June this year.

A recently updated report compiled by AMIC and Meat & Livestock Australia found that NTBs now cost the Australian red meat industry $3.4 billion per year. Of that, beef accounted for $2 billion worth of impact, with sheepmeat worth $1 billion, offals $300 million and goatmeat, $100m.

To put that $3.4 billion cost into some perspective, it represented 15 percent of the red meat processing sector’s gross domestic product, worth around $23 billion in total.

Just three years ago, the estimated impact on red meat from NTBs was $1.25 billion.

Mr Williams said the substantial increase since then was due to both the identification of additional NTBs, and the increased impact of existing ones, as both volume and value of Australian beef exports had increased through to 2015.

“A record couple of years in Australian beef production in 2014 and 2015 only accentuated the impact of NTBs on trade performance,” he said. “But also, there’s been an increase in the number of barriers identified. Across 41 export markets for Australian red meat, the number of NTBs has increased from 136 to 245.”

“If anything, as Australia’s Free Trade Agreements come into play with key trading partners, and tariffs are reduced or removed, its tended to accentuate the impact of the NTBs.”

The latest report is not yet released, but Beef Central will publish a copy when final details are completed.

What’s the red meat industry doing about it?

While Australia had had some good wins in Free Trade Agreements in tariff reductions and hopefully the remove of quotas, the reality was that ultimately those agreements were worth little if there were other burdensome barriers. Non-tariff barriers to trade were a suite of items that sat outside the ‘traditional’ tariffs and quotas that are dealt with under the FTAs.

Red meat processors had funded a resource to tackle NTBs, including the Industry Market Access and Advisory Committee, funded by AMPC, formed some 18 months ago. Its purpose was to provide strategic focus, but also to set up some projects that would actually tackle some of the big NTBs.

That committee had decided that the key focus markets for its efforts would be China, the Middle East and Indonesia.

“That’s not to say NTBs into mature markets like the US or Japan are not important, but they are known; we have traded in those markets for a long time; and the impact of those NTBs is a lot less than in the priority emerging regions/countries,” Mr Williams said.

Some of this work was with governments themselves, while other activity was through direct industry links with key organisations in China and elsewhere.

Some of the priorities listed by the Industry Market Access and Advisory Committee include:

China chilled meat access: Currently estimated to be a $39 million annual cost to industry. Currently only 11 Australian processing plants are eligible to send chilled beef to China. That is a cost to those numerous companies that to this point have not been able to gain access

China establishment listing restrictions: Currently estimated to be a $192m annual cost to industry. Made up of two main components – the cost of getting Chinese auditors out to look at each individual establishment, and the time taken to list it; and the cost to those establishments currently restricted in terms of access. Only 47 out of 88 Australian export-registered establishments are able to trade red meat into China. In contrast, New Zealand has managed to gain listing for virtually all of its processors.

Indonesia Halal certification and establishment listing: Currently estimated to be a $54m annual cost to industry. Intermittent restrictions also happen in trade into Indonesia, including bans on secondary cuts and offals, based on the country’s ‘self-sufficiency’ ideals and attempts to manage meat market prices. One of the incongruities that exists is that no-such bans are placed on the same secondary cuts or offals that arrive in the country via the live cattle trade from Australia.

Mr Williams agreed with the suggestion that little tangible progress had been made in any of the key NTBs that the Industry Market Access and Advisory Committee had been working on.

“We’ve had modest gains, only, to this point,” he said. “But what’s often overlooked is that a lot of these matters are long-term issues – they are barriers to trade because they have actually been sitting there for years.”

“Certainly at government to government level, there are some encouraging signs, but we have not yet got to a stage where we have seen a noticeable increase in the number of Australian facilities registered for China, for example.”

“We’ve had one extra plant added for chilled, in December 2015, and a couple for frozen,” he said.

“Our over-arching objective – and it is an audacious goal – is to gain open and free trade, based on science and true risk,” Mr Williams said.

“Australia has an enviable reputation around the world for clean-and-green, and arguably the world’s best food safety and animal welfare systems. But what happens when markets are opened up commercially, is that trading partners hit a wall, through non-tariff trade barriers,” he said.

“Unfortunately the story on the NTBs is that they have lagged way behind the FTAs that Australia has entered into. And most of the NTBs are of questionable significance.”