How are retail butchers coping with higher wholesale beef prices?

WHOLESALE beef prices have risen sharply since Easter and put pressure on independent butchers to keep sales ticking over.

With increases in international demand for Australian beef, cattle prices have risen 40-70 percent depending on category, which is now also being reflected in higher wholesale prices (see this morning’s separate story).

Beef Central spoke to a number of stakeholders in the retail sector across Eastern Australia to gauge their response to recent price rises:

Ray Kelso owns two retail stores in Brisbane. He believes butchers in the current trading environment should be trying to get customers to focus on the high quality of Australian beef, rather than price. 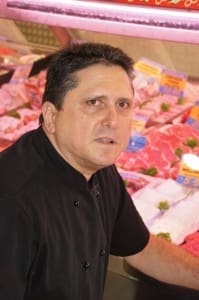 “Rather than focusing on the price per kilo and how dear it is, I think we have to make consumers aware of how good the product is, and how versatile it is,” Mr Kelso said.

“A nice bit of beef is a beautiful product and mince can be used to make a lot of nice products – and we need to be putting that in the consumers’ minds.”

“A kilo of mince can feed six people, a kilo of sausages can feed four people, or a kilo of diced steak made into a casserole or a curry is going to feed a lot of people. So there is still value there.”

Mr Kelso said the solution for butchers is about adapting as business owners, and changing things accordingly. He encouraged independent retailers to use the help of organisations like Australian Meat Industry Council to keep ahead.

“If a butcher thinks he or she need help monitoring their traffic or recording or something like that, sing out and ask for help,” he suggested.

“It’s no good sitting there doing the same thing over and over again with the way prices are, so we have to act a bit smarter.”

Trevor Hill has taken beef out of the ‘prime window’ position in his shopping centre butcher shop, and replaced it with chicken and pork. 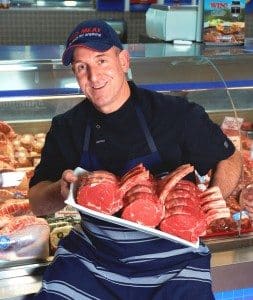 “Our prime selling positions in the window are now occupied by products that turn a margin that’s required to operate a business,” Mr Hill said.

He said his shop’s reputation for quality had kept his customers buying beef, however quantities are down and pork sales are up.

Facing rising wholesale prices, he is taking extra measures to keep retail prices under control, including breaking down more carcase beef himself.

“We’re at $40 a kilo for our porterhouse now, where we were around $35. But if we went to where we should be – which is $45/kg, because wholesale prices have gone up 50pc on some cuts – then the price differential with the supermarket would be too high,” Mr Hill said.

In the future he believes beef sales will ease a little from current price increases, however prices generally will remain high.

“My prediction is the price we pay today, which is around $6 a kilo on the hooks, will be the new norm,” he said.

“We saw the same thing happen with lamb. When lamb prices shot up, sales dropped sharply, but while lamb sales now have haven’t returned to the same volumes they’re getting very close.”

Michael James said he has decided to reduce his more expensive range of beef cuts and concentrate more on value-added lines. 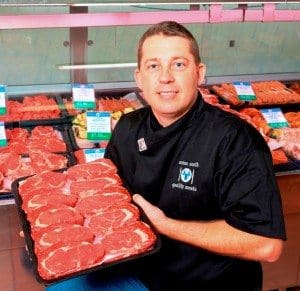 “Since the price rises, we have taken the porterhouse out of the window,” Mr James said.

“Because if you’ve got eight trays of steak cuts and your gross profit has gone down, then it’s worthwhile taking one of the steak lines out and putting some value-added product in. Convenience is the selling point.”

“My shop’s only 7 km from the city, so we’re catering to a lot of time-poor consumers who basically want their meal 75pc pre-prepared. They can just put a pre-prepared item in the oven for 30-40 minutes, or we’ve got ready to go stir-fry’s that take even less time to prepare.”

However Mr James said he is not absorbing any of the extra wholesale cost himself, but is putting up his retail prices accordingly.

“I have to,” he said. “I still have to pay rent, utilities, wages and everything else.”

“If a butcher has a strong, loyal customer base they will be fine, they just have to be a bit more careful on buying and the quality of products coming into the shop now.”

Joe Papandrea and son Mathew runs a retail butcher shop in Western Sydney which also does some wholesale trade. 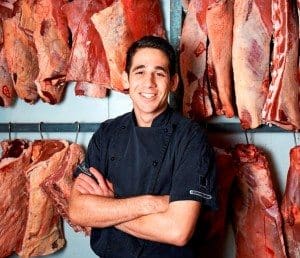 He said the increases in wholesale prices had been more evident on cheaper meat, than the higher quality meat he sells through his business.

He believes other shops selling lower quality meat have had to put their prices up a lot more than he has, and as a result his beef sales have risen.

Mr Papandrea said his sales in general are up, especially for mince products, chicken, pork and slow-cooking meats such as blade, chuck and brisket.

He said his shop has really only seen wholesale beef prices rise since Easter, but it was normal to see sales of mince and slow-cook cuts go up at this time of year. He is waiting for the weather to warm up to see if there is any change in the way consumers buy more expensive grilling cuts.

“We’ll see how they go over the next few months,” Mr Papandrea said.