SOUTH Korea aside, Australian beef exports for the month of August remained flaccid – as they have all year – under the burden of low rates of slaughter, processing labour and logistics challenges and other factors. 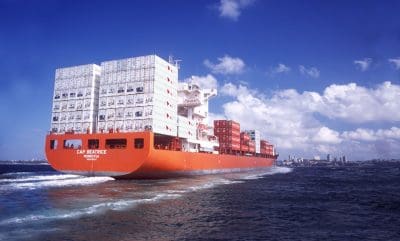 Trade into South Korea was disproportionately high in August, driven by Korea’s earlier decision to suspend tariffs on 100,000 tonnes of imported beef, beginning on 20 July and running until the end of the year. The move was part of a Korean Government effort to combat rising inflation to lower prices in staple goods, including beef.

Koreans are easily the largest beef eaters in Asia, on a per head basis.

Australia currently faces a 16pc tariff on exports to South Korea, while major competitor the US (by way of its earlier Free Trade Agreement) faces a 10.6pc tariff. The removal of the tariff thus creates an outsized tariff advantage for Australian exporters.

Consequently Australian exports last month shot up to 18,368 tonnes, up 22 percent on the previous month, and 42pc higher than August last year (12,888t).

The surge again ranked South Korea as Australia’s second largest market by volume for the month – behind Japan, but well ahead of both the US and China.

On the strength of it, South Korea maintained its position as Australia’s second largest export beef market last month, surpassing both the US and China in volume – due more to decline in those markets, rather than expansion into Korea. Korean trade last month reached just over 15,000t, up 6pc from June, and up a similar amount from July last.

Year-to-date, Korea has now taken just over 104,000t of chilled and frozen Australian beef, slightly up on the same period last year.

Beef volumes shipped to all of Australia’s export markets last month reached 92,079t – a significant 17,000t or 23 percent on the dismally low July tonnage of less than 75,000t. Price competitiveness in world markets remain a big issue for Australia, with volumes held in cold storage again on the rise.

The August figure was almost 15,000t higher than the same month last year, but mid-2021 was heavily impacted by herd rebuilding and female retention.

The August export total is not surprising, given that Australian weekly beef slaughter has only exceeded 100,000 head on three occasions since the start of this year. A long-term weekly kill average is somewhere around 135,000 head, and often at this time of the year, closer to 150,000.

The same trend is apparent in calendar year-to-date exports, covering shipments made for the eight months from January 1 to August 31.

Largest and highest value export customer, Japan, took just over 22,000t of Australian beef in August, up 18pc on the previous low month, and slightly higher than this time last year.

Apart from our own production challenges, there is currently an abundance of US grainfed beef now finding its way onto global beef markets like Japan and Korea – at very competitive prices – due to the major herd liquidation occurring due to US drought.

China filled third place in export volume rankings in August at just over 16,800t, up 20pc on the previous month, and 41pc higher than the same period last year. Early purchasing for Chinese New Year (22 January next year) may have been a factor.

However this growth should be kept in context.

Year to date, China has taken just over 102,400t of Australian beef – around 80pc of which was in frozen form. That’s up about 6pc on the same period last year, when the country also had COVID lockdowns in place for long periods, but a far cry from volumes shipped in the same period in 2019 and 2020.

Australia is increasingly being marginalised in the China market due to cheaper product out of South America, and greater volume being shipped out of the US.

Given the extreme high rates of beef kill in the US at present due to drought, it is no real surprise that Australian exports to east and west coast US ports remained low in August.

In smaller and emerging export markets, the pattern was similar.

Indonesia took 4605t of Australian beef last month, up 16pc from July, but much the same as August last year. Trade for the past eight months has reached 26,800t, down 19pc on a year ago.

The combined seven-country Middle East region accounted for 3366t of our beef last month, up 51pc from a very low figure in July, and 23pc higher than August last year. Year-to-date numbers showed trade at 18,700t, down 80pc on the previous year.

In the absence of any working Free Trade Agreement with either the UK or the EU before the end of this year, trade into the region continues at just a trickle.

Volume into the UK market last month reached just 35t. Total for the year to the UK has been 551t.

The broader EU since BREXIT has fared little better. Total last month was 766t, down 10pc from a month earlier, while total shipments into the EU since January 1 have reached just 5448t.