IN last week’s property review, we started exploring the topic of carrying capacity, how it is measured and determined, and some of the issues surrounding its use in the cattle property market.

This week, we continue that theme, with input this time from a sample of marketing agents, advisors and solicitors.

When it comes to selling a cattle property, is it ‘sentiment over science’, or are there better ways to determine how a property is able to really perform?

Agribusiness advisor Ian McLean, director of Bush Agribusiness based in Toowoomba says there is an established scientific basis for determining carrying capacity.

“We look at the mix of land types, the grasses grown, what condition the country is in and how it responds to rainfall. We also take into account the relative feed requirements of different animals under different conditions, such as what breed they are, whether they are established, growing or lactating,” he said.

Bush Agribusiness suggests an Adult Equivalent (AE) is a 450kg Bos taurus steer at maintenance (i.e. not gaining weight). The energy (feed) requirements of different classes of animals (based on breed, sex, weightgain, pregnancy/lactation status etc) determine their AE Rating relative to the ‘benchmark’ animal. For example, a 500kg Bos indicus steer gaining 0.6kg/day has an AE rating of 1.6, which means it will require 1.6 times as much grass as a 450kg Bos taurus steer that is not gaining weight. 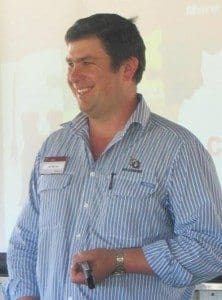 His stocking rate calculator, designed to determine the number of cattle or sheep that should put into a paddock based on its carrying capacity, can be found on MLA’s website or by clicking here.

He has also developed some short videos that demonstrate their use.

“That applies particularly for northern Australia where the carrying capacity of a station is the primary limiting factor in terms of the size of the business and the number of animals it can sustainably run.”

However, Mr McLean advised purchasers to come up with their own estimate as part of due diligence.

“Often, the actual number calculated is different to what is being quoted by the vendor or the agent. Carrying capacity is crucial for budgets, management and long-term planning. In the short-term, available grass and season determines what can be carried,” he said.

In last week’s report, a prominent valuer said in most instances with a property sale listing, vendors would have a ‘positive’ view of their place’s carrying capacity, which was “understandable.”

Brisbane-based marketing agent Ben Forrest, from Colliers International, said while a sale property’s advertised carrying capacity was usually determined by the vendor, it was also reinforced by an agent’s beliefs or suggestions, especially if there was “too much of a gap.”

“Because there is such a wide variance, long-term and local averages are compared to give a more balanced view. Ultimately the vendor reserves the right to determine a number they believe is representative,” he said.

Mr Forrest said there was a fine line between getting carrying capacity “right” and trying to position a property “in its best light.”

“Naturally there is an underlying temptation to boost carrying capacity claims when selling, because that’s one of the drivers of value. A vendor doesn’t want to underestimate cattle numbers, because potential buyers will measure that off based on that headline number.”

Mr Forrest said claimed AE and DSE values could range dramatically depending on the quality of the country on offer, and the reliability of rainfall.

“Some country out further west may appear very cheap on an AE basis or a breeder area value, but you do get what you pay for. The more volatile the rainfall, the more explaining you have to do around carrying capacity because there are years when the owner runs plenty, and other years when they don’t run many cattle at all. Location is the other factor, because many people want to be close to major regional centres.”

Mr Forrest said sometimes when selling a property, it was important to disclose the carrying capacity as “vendor estimated”, and not an agent’s view.

“To be honest, carrying capacity is becoming irrelevant given that people are running properties differently. Agents don’t want to define what a property runs when it is such a variable. While it can provide some guidance, it is really up to buyers to make their own assessment.”

Last year, Tamworth-based livestock consultant Alistair Rayner told Property Central, “The number of head a place runs is almost irrelevant. In terms of beef production, what drives profitability is the kilos of beef that can be produced. The biggest variable is always the cost of production, so rather than talking about per head, people should look at average cost of production and the average price per kilo.”

“Ultimately, people are making money out of the kilograms on a per head basis. It is the weight per kilogram, especially in the finishing country, that really counts.” 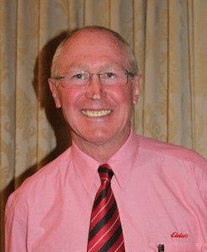 Elders’ Charters Towers marketing agent Lorin Bishop said in his region the carrying capacity of a sale property was to a certain extent determined by the vendor.

“I get a ‘seat of the pants’ feel for it myself. There is nothing scientific about calculating carrying capacity. In North Queensland there’s a rough rule of thumb of one to 20 acres, but the only time you will get one to ten acres is on developed Buffel grass country. But carrying capacity is not really about the acres per beast, it’s about how well you can run those cattle in that area.”

“It is more important to determine the long-term carrying capacity. All country will have a good year when it is stocked fairly heavily, but how many years can that property do it? The best country can do it year-in, year-out.”

Greg Smith is a pastoral sales specialist at Elders Western Australia. He said in the west, the carrying capacity of every pastoral property was determined by a rangelands survey, conducted by the Department of Lands. 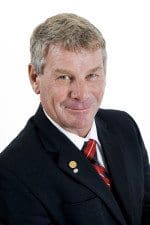 He said scrutinising a property’s history was also an important factor.

WA tended to use the Dry Sheep Equivalent as its benchmark.

“According to the Department, seven DSE equals one cattle unit. Until 20 years ago, most properties ran sheep. Today, many have converted to beef, so the cattle unit rating is being used more frequently,” Mr Smith said.

According to some WA pastoralists and managers, cattle are not as hard on the Rangelands as sheep, and places that are rated to run 4000 cattle units have consistently run 4000 cows. The introduction of buffel grass has played a part in lifting those numbers.

Specialist agribusiness property lawyer Rodney Bell from Brisbane-based McCullough Robertson advises potential buyers to understand the value of a property, rather than worrying about price.

“Value corresponds to what a property can produce. Sellers know how many livestock they can carry in a particular season, but buyers don’t. Buyers need to look at similar properties, what numbers they can carry in an average season and examine long-term carrying capacity. Serious homework is the basis of buying anything.”