This week’s review completes a two-part series on the impact of the recent FIRB rules about advertising rural properties to the market before any sale to overseas interests. Click here to view last week’s first installment.

As of this month, there is no such thing as an off-market sale, if it requires a FIRB decision. In fact, any asset seeking to attract offshore interest will be required to be advertised, so the Treasurer, at least on the face of it, is satisfied that Australian investors have been given a ‘fair go.’

Last week, four industry participants – a lawyer, a property agent, a financial advisor and a former general manager of an iconic Australian pastoral company – provided perspectives about the changes.

This week, they talk about the requirement’s impact on privacy and property values.

“FIRB has formalised what it has been asking vendors to do for some time, but the new rules landed with little consultation,” he said.

HTW has estimated that over the last 12 months, five percent of rural property transactions (in some regions, slightly higher) across Australia would have been affected by the decision.

But that also means that 95pc really would have seen no impact at all in terms of normal marketing and advertising, Mr Lane said.

He also alluded to the upcoming Twynam sale (see last week’s story), saying the FIRB rules had already impacted one particular, large-scale sale in NSW, saying he was not sure where that transaction would land.

With her background in finance and agriculture, AUX Venture managing director Jennifer Wainwright said it was extraordinary that producers subjected to the rule must forego their right to privacy.

If vendors wanted the property transaction to remain confidential, they could no longer sell to a foreign investor. Ms Wainwright said there were good reasons why some investors sought off-market transactions.

“For example, long-term customers of a feedlot that puts itself on the public market might be wary about feeding cattle at the yard until there is some surety about future ownership. In that example if the feedlot doesn’t sell, the vendors lose not only short-term, but long-term income,” she said.

“Forcing a campaign to go public could be punishing to a large agribusiness where staff are key to running the vendor’s business.

“Everyone will be talking about the sale at the pub, at the supermarket and at Saturday sport. As a result, a manager might act impulsively and take another job elsewhere.”

“There is nothing sinister about off-market campaigns. Instead, they achieve a smooth transition for all involved and key staff are often maintained. That opportunity is now lost if the intended purchaser is a foreign interest.”

Mr Thomas said transactions, like S. Kidman & Co, had nothing to do with the public.

“Australians consider such properties as iconic portfolios which play an important role in our history, but frankly that is romance. They are not public assets. They are privately-owned, and the vendors are entitled to sell them. If the public wants to add an opinion about how these assets should be sold, then they should go and buy them.”

Not the end of off-market transactions

“In the meantime, agents asked to make a recommendation about the sort of sales process to use, will likely suggest a public campaign, because that way if the property is sold to a foreign purchaser and it goes up for regulatory approval, it will pass approval. The vendor needs to prove their property was marketed publicly and that Australians did have a chance to buy it.”

Mr Thomas said the worst thing that could happen was having to ‘go back to the silver or bronze medalist’ (less competitive bidders in the process, after a public campaign) and being still unable to complete a deal.

“Going back on the market can create some toxicity for an asset. Potential buyers say ‘I have seen that property before. That was a failed campaign. I wonder what happened?’”

He said in some respects, the 30-days requirement was ‘window dressing.’

“The vendor is going to sell their property to whoever gives them the best deal, which is not always the highest price. If a foreign purchaser gives them the best terms, then that is where they may go. The domestics aren’t missing out. These assets are available for sale and if an investor wants to buy them, give the best deal to the vendor – whether it is the highest price, the shortest terms or the least conditionality.” 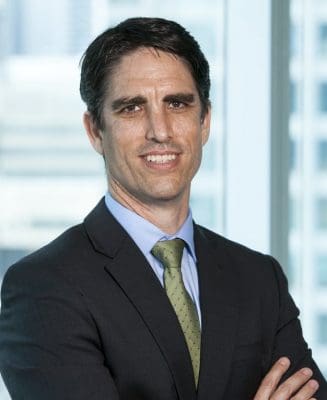 Brisbane lawyer Duncan Bedford, a partner at McCullough Robertson, understands the reasoning behind the changes, but does not believe it is going to achieve much.

Mr Bedford said behind the scenes, there had been several strategic land acquisitions by foreign buyers over the last six months.

“These properties weren’t necessarily on the market. The offshore investors wanted to aggregate with their existing holdings and were approaching neighbouring farmers saying, ‘We want the benefit of scale, how much would it take for you to sell?’ They’d come up with a price and transacted. The last thing the vendors wanted to do was to ‘advertise’ to their neighbours that they were selling out to foreign buyers.”

Mr Bedford has been involved in a couple of transactions like this, and explained it was sometimes interpreted as foreigners picking up assets ‘on the sly’.

“However, if the vendors thought they could possibly get a better price from anybody else, there is no way they would have sold without advertising. They received the price they did, because it suited a strategic direction of the foreign investor, that is, they wanted to generate greater scale and the only way they could do that was to pick up a neighbouring farm.”

Mr Bedford said it was during the recent application processes, that the FIRB was starting to ask, ‘Have the properties been advertised?’ ‘How were they advertised?’ and ‘What other Australians had the opportunity to buy?’

“These changes represent a progressive change to government policy, not to the law,” he said.

“The FIRB was always entitled to give (or refuse to give) approval subject to conditions set by the FIRB.  The recent announcement makes it clear the FIRB won’t give approval unless a vendor can demonstrate that they did advertise.

“It won’t fix the so-called ‘problem’ – if a vendor had advertised for 30 days they still would have sold to a foreign investor because no one else can pay that kind of money,” he said.

The former managing director of S. Kidman & Co, Greg Campbell, said while the new rules were not against the interests of a producer selling, they could cause problems at the end of a due process.

“If Australians are given a full and fair chance to buy an asset and they are not in the market, then foreign money is best. However, the Treasurer might exclude those off-shore investors simply because there were Australians keen, at a lower price.

Mr Campbell said he did not know whether fair market value would be impacted by the Treasurer’s decision.

“What will have an impact on values is if after due process, foreigners are blocked from having sizeable assets and particular foreigners who in all other aspects, pass the FIRB reviews of competition and security, and good governance and tax transparency,” he said.

Duncan Bedford was confident the new rules would have a minimal effect on property prices.

“The impact will come from the timing, the process and the red tape. There will be some situations where the requirement to advertise reduces a vendor’s willingness to sell. However if a vendor chooses to sell, and to the highest bidder, that means advertising, which will take an extra 30 days.”

Mr Bedford said if a producer chose to sell locally to Australian buyers only, they did not need to advertise.

“However, some vendors will effectively cut their market potential in half, which could impact prices. If potential buyers know there is no foreigner in the mix, it probably impacts on what they are prepared to pay, because the market is limited.”

However, Jennifer Wainwright fears asset values will be impacted.

“Ultimately, it will depend on the clarification of these rules. Some believe advertising will pressure prices due to increased competition, but I don’t believe that will be the case.

“To date, I don’t know of one foreign investor who has purchased a property in 30 days. However, if a seller after due process can’t access a full and free market, property prices could potentially fall.”

Ms Wainwright said some large, foreign-owned institutional investors were not interested in properties that are, or had been advertised.

“If a property hasn’t sold, there can be a perception there is something wrong with it,” she said.

She has identified a wrongly-held perception by government that small farm operators won’t be affected by the changes, and provided an example.

That acquisition was consistent with CPC’s strategy of selectively bolting on stations to provide additional scale to their portfolio. However, for CPC to have purchased the property under the new rules, Ms Wainwright said the vendor of Emus Nest would have had to advertise the property.

“So, the cost burden is across all sectors of the industry and it is not scalable. From a cash flow and cost burden perspective, it weighs most heavily on our smaller farming vendors and that does concern me,” she said.

“It is probably not what the government had in mind when it wanted to increase Australian competitiveness in the market place.”