A spike in interest for properties with carbon projects, or the potential for them, is perhaps the biggest hint so far that it may just be a matter of time before capturing carbon is calculated more seriously into the value of Australian grazing land.

From a buyer’s perspective, there is a steep learning curve about the detail and obligations of carbon projects, and while some are still unravelling the mystery, others are already assessing suitable types of country to capture carbon. 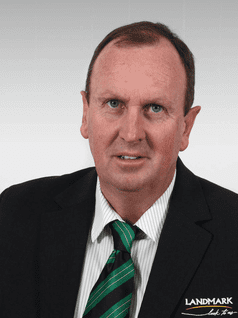 The diversified grazing and farming aggregation comprises the 20,915ha Bulgoo, 42km south of Cobar and the 29,000ha The Meadows, 55km south west of Cobar.

At the time of listing, it was expected to make between $15 million and $16 million.

The property has a carbon project in place until April 2025, showing an attractive return, that will be transferred to the new owner on settlement. It also boasts the opportunity for further carbon projects.

Bulgoo may have had a slow start, but Mr Russell said the carbon project has recently escalated inquiry from locals, interstate producers and corporates, with the property now close to being settled.

“Potential buyers who understand the value of carbon are seeking properties with existing imprints (most of which haven’t been taken up by the existing landholders) or country that is eligible for carbon projects,” he said. In July, Mr Russell sold the 38,868ha Nardoo Station at Wanaaring to neighbours Todd Grace and partners. It is understood the consortium was seeking not only to increase its current holding, but to expand its existing carbon project. Nardoo holds a carbon imprint which the previous owner did not take up.

Mr Russell said interest in carbon has created a bigger pool of buyers in his region, and in time, this will add value to property prices.

“No value is being added to properties that are currently being marketing with carbon or carbon potential, because it is still a grey area. It is up to the purchaser to put a price on it,” he said.

“Valuers are tearing their hair out trying to assess a price for a property with a carbon project because banks and brokers don’t recognise carbon cash flow as an asset.”

Mr Russell said the lender behind one interested party would not consider the carbon project on Bulgoo even though it is supported by the NSW government and generates about $1m worth of credits annually.

“Carbon is difficult for some incoming purchasers to understand. They view the projects as a lot of paperwork and believe they need to lock up their country and change the usage.”

“However, others with a greater understanding of how carbon projects work, have done their homework and are operating under the radar, googling property addresses.”

Mr Russell said the carbon credits on Bulgoo were locked in at around $15 to $16 a tonne, but prices are rising.

“The price has increased to more than $20/t, so people who might not have a bigger imprint before can go with a smaller project and receive the same amount of money.”

It has also been suggested that adjoining sheep stations, Langidoon and Metford, were recently purchased by the New South Wales government for capturing carbon, as well as for a national park.

Located 65km east of Broken Hill, the 60,573ha of country was secured for an undisclosed sum to create a new outback reserve conserving significant biodiversity and Aboriginal heritage.

While there was no talk of purchasing the country for Australian Carbon Credit Units (ACCUs), it is certainly an eligible offset project.

In fact, 12 months ago, when the state government purchased the 153,415ha Narriearra Station near Tibooburra in NSW’s far north-west, the World Wide Fund for Nature Australia welcomed the news saying, “Protected areas are a cornerstone of biodiversity conservation, and key to storing carbon in landscapes to help create a safe climate.” It has been suggested that adjoining sheep stations, Langidoon and Metford, were recently purchased by the NSW government for capturing carbon, as well as for a national park.

A carbon credit scheme which can generate in excess of $150,000 per annum is believed to have enticed Queensland’s Department of Environment and Science to pay $11.5m for Bramwell Station on the Cape York Peninsula.

The 131,900ha business is situated within the Great Barrier Reef Catchment, 2hrs north of Weipa, and is underpinned by an established roadhouse, tourist park, a cattle operation and carbon sequestration project.

The DES has refused to comment on last month’s transaction, except to say it is discussing the contractual arrangements of Bramwell Station with the vendor and will have more to announce once the process is finalised.

The Department of Environment and Science is likely to apply for investment in round two of the Queensland Government’s $25m Land Restoration Fund which offers $5m for each available carbon farming project.

In addition, it provides ‘co-benefits’ such as healthier waterways, increased habitat for threatened species, and more resilient landscapes.

The focus of round two is initiatives located in Great Barrier Reef catchments, and projects that restore or retain vegetation, including as a component of regenerative agricultural practices.

Bramwell is expected to be destocked and rezoned to a ‘protected area’, with control being handed to the First Nations people.

Herron Todd White valuer Roger Hill believes soil carbon will be a revisited driver of natural capital once the new Carbon Farming 2021 methodology is registered and developed over the next year.

Mr Hill said the carbon market is maturing and that will present a different style of landholder, in time.

“However, when the methodologies for measuring soil carbon are for public consultation only, it is too early to provide definitive due diligence on a property acquisition pricing or market value affect (if any).”

Mr Hill said some purchasers will choose to speculate as to the present value of future income streams from projects.

“Given that it is early days yet, why should the present value be any more than that of the existing grazing land use value?”

“Certainly, there is a global movement towards the carbon pathway. There are agricultural landholders who are learning about the benefits of changing land management styles and can see the soil carbon pathway is of benefit to their immediate operations,” he said.

“A growing number of agriculturalists are commenting on the increased livestock/crop margins and on ground benefits in their own right.”

Mr Hill said there has been a degree of ‘toe dipping’ by northern grazers with annual style agreements.

“These early adopters have had varied success. Certainly, there does not appear to be an added value specifically for these annual agreements, and time will tell if the longer-term projects add value to a property over and above grazing land values.”

Hel said at this stage, there is no difference between a property that has been proactively managed for land condition or one that has been subjected to an annual carbon agreement – simply put: they are both perceived to be in good condition.

“In time, once the new prudent modelling methodology is adopted, then the market can calculate if there is an added value of a project to an agricultural property at all.”