The commercial farming enterprise, pictured above, is situated in the picturesque Kerry Valley area of south east Queensland’s Scenic Rim on the Albert River, eight minutes from Beaudesert.

The pride of Shamrock Vale is the Wagyu herd.

The sale included the Goshu Wagyu herd, the Shamrock Vale Wagyu herd, a commercial herd, embryos and semen straws, plus an extensive inventory of plant and equipment.

Danny Bukowski from C1 Realty said the sale attracted 45 inquiries from across Queensland, Melbourne and Perth, as well as Vietnam.

During his eight-year tenure, Mr McVicker made significant upgrades to Shamrock Vale, with particular attention paid to sustainability and farm management practices.

Around 215ha  is under irrigation (primarily corn silage, sorghum, barley and lucerne) used in the production of cattle fodder.

Brad and Rosie Howe from Zig Zag Station have paid between $7.8 million and $8.6 million for one of the few freehold pastoral enterprises in North Queensland.

Boasting exceptional water, the 9952ha Rocky Springs attracted close to 40 inquiries in three weeks, followed by strong inspections. It was due to be auctioned on June 25.

Selling agent Jez McNamara from Ray White Rural said much of the interest came from the north.

While the price remains undisclosed, the two neighbouring blocks – the 3562ha Savannah Station sold for $2.8m or $790/ha and the 4106ha Byrimine Station was purchased for $3.55m or $865/ha. All formed part of the original Rocky Springs holding at Mt Surprise, in far north Queensland.

Of the three properties, Rocky Springs was the only portion with infrastructure – a five bedroom house, a worker’s cottage, fencing (including 13km of new fencing), timber and steel yards and shedding.

It is watered by both below ground and surface water. The spring-fed Elizabeth Creek provides permanent water, along with multiple large waterholes, supported by eight bores and a 180mgl irrigation licence.

Rocky Springs could run around 2500 adult equivalents on pastures that have been improved with established buffel grass, Gatton panic and stylos as well as native grasses. Leucaena has been planted on about 40ha.

The sale was handled by Jez McNamara and Liam Kirkwood from Ray White Rural Queensland.

In November 2019, Bruce Angel and Garry Hill (who have a history of property development) secured the property for between $8m and $9m and subsequently subdivided it into the three freehold blocks.

Late last year, Savannah was sold to George and Miranda Ryan from Ballynure Station near Einasleigh for $2.85m ($800/ha). The adjoining 4106ha Byrimine Station sold for $3.45m to a producer from Innisfail.

Situated 30km north of Capella and 55km from Clermont, the property is overlooked by the Peak Downs Ranges and is boasting a good stand of buffel after recent summer rains.

There is around 1374ha of cultivation.

Nine Mile is watered by three bores and one dam, assisted with seasonal water along Abor Creek.

Matt Beard from Nutrien Harcourts said the price paid exceeded the vendor’s expectations, and was a very good result for a sweet piece of country. 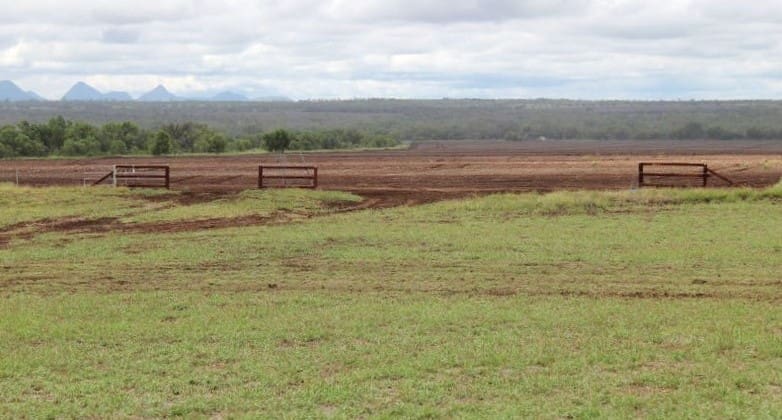 Located 20km from Aramac and 87km north of Barcaldine, the 21,000ha Ballygar and Formoye are carrying a big body of fresh feed.

While mostly destocked, the properties are capable of running up to 2500 breeders.

The sale of Ballygar and Formoye was handled by Tim Salter, Keith Richardson and Dick Allpass from Elders.

Mr Salter said all parties were happy with the outcome.

“The price paid is certainly at the higher end and has lifted the bar in the district. There is good demand for quality places and limited supply.”

After more than 40 years of ownership, the vendors, Frank and Judy Manwaring, will retire to Toowoomba.

After more than 40 years, Frank and Judy Manwaring from Aramac have sold Ballygar and Formoye and will retire to Toowoomba.

Two exceptional seasons have secured the sale of a breeding and fattening powerhouse and a high quality, low-cost mixed farming operation in northern New South Wales.

Located 48km south of Walgett and 100km northwest of Coonamble, the 7864ha Pollybrewan is situated on the Castlereagh River and Nedgera Creek floodplain – benefitting from periodic flooding.

For the past ten years, Pollybrewan has been owned by Polly Pals, a partnership between Rod Mace and Andrew Graham, which is being dissolved.

The sale was handled by Mike Clifton from Colliers International.

Joel Fleming from Nutrien Harcourts said the auction result was well above the vendor’s expectations.

Also suitable for backgrounding, trade or fattening cattle, it is conservatively running 300 breeding cows plus 60 to 70 heifers a year on mostly soft undulating basalt.

Sitting 1200 to 1300 metres above sea level, Argyle is located in a reliable, high rainfall area. Water is a feature, with the Wollomombi River plus a reliable creek running through 12 of the 23 paddocks. In addition, there are 12 dams and a bore.

A central west Queensland landholder has expanded his existing holdings, purchasing the neighbouring 11,024ha Narangi for $4.37 million or $396/ha.

The Mitchell grass downs country, 50km from Winton, had been held for 36 years by Robert Brown who is now downsizing.

The property was de-stocked with good areas of feed ready for immediate access for around 1000 adult equivalents. Narangi was offered with 1975ha of stock route and features good quality open pebbly downs. It is watered by 13 dams and tanks and semi-permanent waterholes in the Wokingham Channels.

Mr Taylor described the price paid as being within the vendor’s expectations. A central west Queensland landholder has expanded his existing holdings, purchasing the neighbouring 11,024ha Narangi for $4.37 million or $396/ha.

Above expectations for Mary Valley grazing

The 509ha block was sold prior to the June 15 auction for an undisclosed price that Garry Martin from Elders described as ‘above expectations’.

Located 48km to Gympie and 77km to Noosa, the picturesque country ranges from alluvial creek flats along Kandanga Creek to open valleys and flats rising to steeper scrub country.

There is an abundance of natural and improved waters, including double and single creek frontages, springs plus ten dams and troughs.

The 3C Cattle Co is capable of running 300 breeders plus dry cattle. A producer from Innisfail has paid $3.45 million ($840/ha) for a small breeding operation or a steer or heifer grow-out depot in North Queensland’s Mount Surprise region.

Originally a part of the Rocky Springs holding (see references above), Byrimine is situated 14km south of Mt Surprise, and an equal distance to Charters Towers, Townsville and Cairns.

The estimated carrying capacity is 700 adult equivalents (450kg), however there are no cattle yards or structures in place.

The country comprises mostly red and black basalt soils, but the main feature is the water – both underground and surface.

Given it has a water licence from Fossilbrook Creek and a cleared land PMAV locked in, independent agronomists have suggested that Byrimine Station is also suited as a horticultural enterprise.

The sale of Byrimine Station was handled by Scott Hart from Nutrien Harcourts Queensland Rural.