The historic blue-ribbon northern New South Wales grazing enterprise Inverell Station is believed to have returned to the descendants of the original owners.

THIS week’s property review includes this wrap-up of recently completed sales, and a separate article on interesting recent listings of note across the country.

The historic blue-ribbon northern New South Wales grazing enterprise Inverell Station is believed to have returned to the descendants of the original owners.

It is understood a neighbour purchased two of the three assets offered via an expressions of interest campaign handled by Bob Jamieson Agencies and CBRE.

Inverell Station (pictured above) went to the market with expectations of $14 million when it was presented back in February.

It has double frontage to the Macintyre River and Swanbrook Creek.

Together they boast a commercial-scale operation, historically producing 650 cows with replacement heifers and progeny to export feed weight.

Originally, Inverell Station was settled in 1842 by Scotsman Alexander Campbell and the name was given to the nearby Inverell township 20 years later.

During the late-nineteenth and early-twentieth centuries, Inverell Station was gradually reduced in size and in 1946, large sections were cut up for soldier settler blocks.

The Dunlops operate the Dunlop Santa Gertrudis Stud on Jingheri at Proston, about 170km from Dalby.

Dawson Downs spans 2312ha and is situated 22km from Baralaba and 75km from Biloela.

The country features developed quality brigalow/bottle tree scrub. A large area has been farmed and is now pastured to a prolific stand of buffel grass and other improved pastures. Around 70ha is planted to leucaena.

Dawson Downs is watered by the permanent Loch Lomond waterhole in the Don River anabranch, a bore and more than 20 dams.

An unregistered 1000 head feedlot with 10 yards and feed bunks on concrete pads is in an excellent condition, according to Mike Barry from Shepherdson & Boyd (Qld).

Dawson Downs can run 1100 bullocks or 900 breeders. It was listed for $10.3 million but sold for an undisclosed sum. Offered by the Purcell family, the property was long associated with the hard-hitting industry representative, who served as Cattlemen’s Union president from 1984-86 and again from 1994-97. He was also the chairman of the Property Rights Australia lobby group from 2005-09.

Drawn in 1959 by the Purcell family as one of the original brigalow blocks, the holding is in one freehold title with an area of 2823ha.

Located near Clarke Creek, 195km north west of Rockhampton, Yatton has a mixture of developed brigalow and softwood scrub country running onto downs and coolibah river country (fertile black soils flats) along the Isaac River on the southern boundary.

With around 3.5km of Isaac River frontage and a series of natural and seasonal waterholes, there is an abundance of water for year-round watering of cattle. In addition, there is a 410 ML water licence to develop for irrigation purposes. Drawn in 1959 by the Purcell family as one of the original brigalow blocks, Yatton is in one freehold title with an area of 2823ha.

“Interest came from Tasmania, New South Wales, Queensland and the Northern Territory, with three interstate parties turned away at the border and prevented from inspecting the property due to the COVID-19 restrictions,” he said. 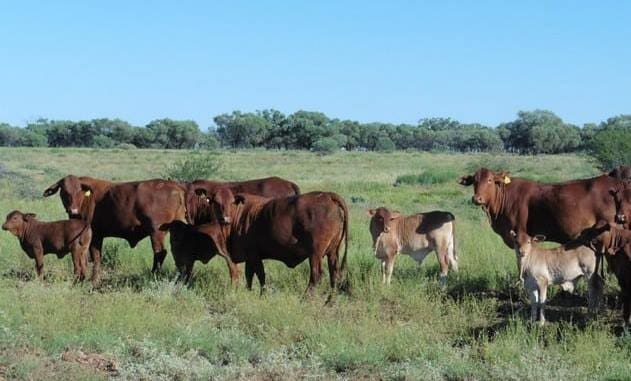 A neighbour has purchased the 1146sq km Bosworth Station, via Woomera in South Australia’s far north, for $2.14 million (bare) or $18/ha.

Situated on the undulating Arcoona Tableland that incorporates Andamooka Island on Lake Torrens, Bosworth Station is located about 450km north west of Adelaide.

For the last 80 years, it has been owned by the family of Max Greenfield, who is now retiring.

Bosworth Station was offered to the market via an expressions of interest campaign, with a price guide of $2 million.

The sale was handled by Phil Keen from Elders Real Estate South Australia. Situated on the undulating Arcoona Tableland that incorporates Andamooka Island on Lake Torrens, Bosworth Station is located about 450km north west of Adelaide.

Inquiries are still rolling in for the well-located Brooklyn Aggregation, on Queensland’s Southern Downs, which was passed-in at auction recently for $4.3 million.

The property was expected to achieve upwards of $4.5m when it was auctioned online by Ray White Rural.

Selling agent Angus Corke, who is speaking with interested parties, said the property is boasting an abundance of feed and plenty of water.

“The aggregation will appeal to a wide range of people, including producers, investors and those seeking closer proximity to Brisbane or the Gold Coast,” he said.

The 6808ha property, suitable for both cattle and sheep, is located 2.5 hours west of Brisbane, one hour to Toowoomba and 50 minutes west of Warwick.

The open grassed flats that run up to large open undulating soft trap rock and timbered areas can carry 11,000 DSE.

There is 81ha of ex-cultivation and 90pc of the internal fences, including exclusion fencing, have been recently renewed.

A highlight of the property is water security. There are 45 dams, two bores and permanent and semi-permanent waterholes in the Macintyre Brook, Oakey, Branch and several small creeks.

Additionally, there is a signed lease agreement in place to provide passive wind farm income from 2021. Inquiries are still rolling in for the well-located Brooklyn Aggregation, on Queensland’s Southern Downs, which was passed-in at auction recently for $4.3 million.