Weekly Property Review: No real flood of post-rain listings… yet

There’s been a dramatic response in buffel grass on Muttaburra district holding, Stockholm, about to be listed in response to recent rain. More sale details next week.

THIS month’s much-needed rain across large parts of eastern Australia has been predicted to bring a rash of grazing property listings to the market in a short period of time.

While that hasn’t happened yet – en masse – agents are certainly fielding calls from potential vendors and are confident their catalogue of property offerings will continue to grow.

Commenting in an article last week on Beef Central, Taylor Byrne Townsville-based property valuer Michael Chaplain said in Queensland’s mid-western downs country, the general consensus was that there will be a backlog of properties that have been held back from market due to poor marketability resulting from little or no feed reserves. The rate at which these properties now came to market, post rain, would impact on the absorption rate.

“Who will the buyers be?” Mr Chaplain asked.

“Given the high amount of ‘vacant land’ around due to drought destocking, it is unlikely local buyers will be looking to acquire additional land until their current land is filled. Therefore, the majority of buyers will likely need to come from outside of this area.”

This had already started to become evident, with a number of the most recent transactions in the mid-western downs region being to non-local Central Queensland buyers.

“The dramatic increase in land values in Central and Southern Queensland might see buyers from these regions look to the mid-western downs region to secure more affordable assets,” Mr Chaplain said.

“No doubt there will be some landowners which have no choice but to sell in order to pay down debt. The way in which these customers are managed by their financiers will likely play a pivotal role in how the market reacts, but it is essential that a strategic and cohesive approach is adopted in these cases.”

Set out below is some feedback from property agents across different regions, where recent rain fell:

Ben Forrest from Colliers International has already seen a couple of properties ‘come out of the woodwork’ because of the rain.

“Stockholm was fortunate to receive some storm rain earlier this year, and the recent rain event was the icing on the cake. There will be a good body of Mitchell and buffel grass. It is an example of a property that has had a head-start, season-wise, over some other local holdings, and is presentable straight away.”

Mr Forrest said some of the western Queensland country had been slow to respond and as a result, producers were still hesitant to list.

“They will wait for some pasture growth. Rain before Christmas means vigorous growth, compared to late season rain which has a slower response.”

As a result, he believes properties in the region will ‘drift’ onto the market rather than ‘rush.’

“The season out west is still looking nice, but the lateness of the season means the body of feed will be less, and with that, there is hesitancy and that may not be a bad thing for the economics of supply and demand.”

Mr Forrest admitted that the jury was still out on whether there will be a rush of grazing properties to market in coming months.

“It will be slower than we think, based on the response to feed. Properties are currently trickling on to the market. Only time will tell, over the coming two or three months, how well properties will respond to recent rain and how much grass will grow.”

“Producers are also trying to catch their breath. Where they have the option, some will take their time and see what happens. I don’t think we will be bombarded with vendor inquiries – there’s certainly no evidence of that yet,” he said.

Mr Forrest is confident land prices will hold this year.

“It is amazing how western Queensland prices have held on, despite the drought. A lot of western country has sold for more than $250/ha. So, even though some people believe the region is unreliable for rain, it does represent value for money.”

Earlier this month, the 1183ha Taroom grazing property Two-Up sold at auction for $4.15m or $3508/ha. With Central Queensland country making ten times more than some areas of western Queensland – between $2500/ha and $3700/ha – it certainly made Western Queensland a value proposition.

Mr Forrest said producers were more cashed-up due to the recent economics of the cattle market, and as a result he expected there would be limited supply with increasing demand – especially for A-grade type properties.

“Some vendors in Western Queensland might be more realistic and accept the market in a shorter window, due to their current circumstances.

“It comes down to the style of the vendor and the circumstances of the sale. For example, buyers will be relatively liquid with blue chip properties, while second-grade country could be tested if there’s a rush. Country without good water and prime location will sit on the market longer, or be discounted.” 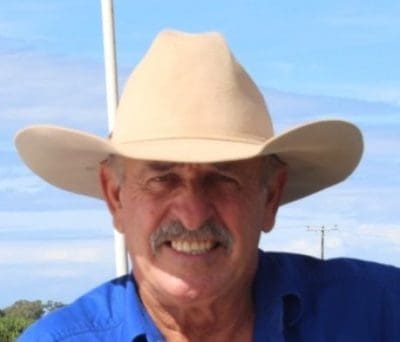 In far North Queensland, John Friend, the principal of the Livestock and Land Co based in Cairns said the rain was finally bringing listings forward in his region.

“Interest in buying and selling has picked up due to the recent break in seasonal conditions. I have already organised several property inspections and several people have contacted me, now wanting to sell. It’s still early days, but it’s a good indication the market is turning,” he said. 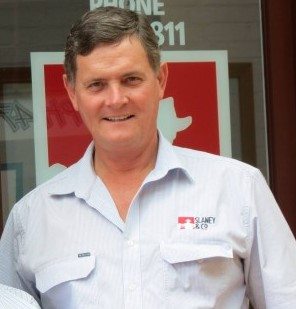 Henry Slaney from Slaney and Co in Charters Towers believes it will take six to eight weeks before there are any really ‘big movements’ in listings.

“Most of the Downs country will need another rain event to put any decent amount of grass on it. Those fortunate enough to pick up rain earlier this year and get some good grass response, still need some more time for that grass to grow,” he said.

Mr Slaney said the number and speed of property listings would likely be different according to each area.

“Some producers have had a good season, others have had flooding rain and are still repairing fences. Whatever the reason, people will have had enough of the industry’s droughts and dry, and trials and tribulations.”

In the meantime, Mr Slaney said discussions are underway with several properties he has had listed for some time.

“The market appears to be moving up to meet price expectations. Those properties have had good rain, which is a positive and the decline in the cattle market has now stabilised.”

In Queensland’s Central West, there’s been wonderful rain around Winton, according to Tom Brodie from Brodie Agencies, and numerous calls from producers wanting to retire, move on or downsize.

“A lot of people are saying they want to go to market, but whether they commit is another story.”

Mr Brodie said a better presented property (with green grass) was always much easier to sell.

“When paddocks are full of feed and dams are high, buyers can see 12 months production in front of them, or certainly to the next wet season. When paddocks are dry and eaten out, and dams are low (which has been the case for the last several years), buyers question how long the drought will last.

Mr Brodie said even though buyers might suggest it, they did not really want to see properties ‘at their worst’.

“When they inspect a droughted property, they spend the whole time saying it will take three years before this place will grass-up again. They leave with a memory that things can never get better when in fact it is totally the opposite. Three weeks after rain, the grass is growing and dams are full. It’s hard to believe it is the one and the same property.”

Mr Brodie said it’s not unusual for buyers to seek a price discount during drought.

“The markdown is the lack of production they would otherwise generate over a 12-month period. For example, six months ago, a buyer was seeking a $200,000 discount for a $3.2m property we had listed, because he calculated that is what it would cost him in interest or lost income.”

Now that it has rained in the central west, Mr Brodie doesn’t believe producers will get any more than what they were asking.

“If there is a flood of properties hitting the market, the good places will get what they were asking for, the mediocre places a touch less, and the run-down country (carrying heavy prickly acacia, for example) will sell at a discount.”

Mr Brodie said it was interesting to note that Winton region property prices had not yet returned to the premiums paid in 2007-08.

After a string of good seasons, Winton had experienced below average seasons since 2013, and properties had sold at a 20 to 30 percent discounts as a result.

Mr Brodie believes there will be a rush of properties following rain and it won’t be bank-driven: it will be the older generation wanting to get out.

“The anticipated high prices of sheep and cattle (rising on rain), will make it difficult for those producers to restock,” he said.

Mr Brodie said most of the places he currently has listed did not have livestock, due to the drought, potentially making them more difficult to sell.

“There will be a lot of unstocked places coming to the market. Sometimes the only way to sell them is to put a couple of hundred head of cattle on the property. You need to put a lolly out there to sweeten it up for prospective buyers.” “We are certainly talking with interested producers, but to date, no one has yet listed because of the rain. Listings will eventually come forward, but I don’t expect they will come in a rush.”

Mr McCallum said vendor inquiry around Cunnamulla and Quilpie was still quiet, because this month’s rain had been patchy and lighter in the southwest. 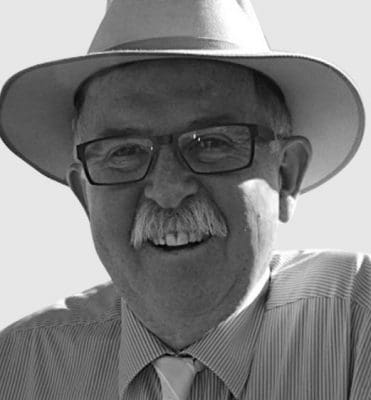 Simon Southwell from Ray White Rural Yass/Canberra said while there had been some good rain on the Southern Tablelands, there hadn’t been a rush to the market, as yet.

“Buyers are outstripping what’s available – ten to one. If a producer had property they wanted to list, they would be overwhelmed with enquiry,” he said.

Mr Southwell believes many producers who would like to sell are still hanging on, due to good commodity prices.

“The stars are lined-up and there is money to be made, so owners are less likely to list,” he said.

“Agents here are desperate for country to sell. There are buyers with $1m to $12m plus cheque books. It is as local as. It is extraordinary. I have been in the agency game for 27 years and I have never seen anything like it.”