GOATS, once considered the poor cousins of the livestock sector, are becoming a serious sideline to beef and sheep operations and excellent prices mean marginal western country suitable for running goats is now much more attractive to investors.

In its latest Rural and Agribusiness Research and Forecast report, Colliers International reported that the property market in NSW’s Western Division had been heating up as goat prices have ‘boomed’.

“The rise of the ‘underdog’ goat market is proving to be an investor’s dream, with low cost inputs and significant international demand for the meat, leading to greater profits for producers than ever before.”

“Over the past two years land values in the Western Division have increased considerably, with the number of properties listed on the market at historically low levels. That’s because local producers are holding onto land and continue to reap the benefits of the sharp increase in goat prices,” Colliers’ report said.

After analysing grazing property transactions around Cobar, Bourke, Wentworth and the Central Darling over a five year period (from June 2011 to December 2016), it found the ten-year average land value per hectare had increased 58 percent from $48/ha to $76/ha.

“This compares to the early 2000s when local marginal land was transacting for under $12/ha. The majority of purchases have been by local producers expanding existing enterprises and paying top dollar for any land available.”

Colliers said analysis of the last 20 transactions that were in excess of 5000ha disclosed an average improved value of $58/ha.

“If seasonal conditions remain favourable and goat prices continue at or near current levels (note Beef Central’s report in Monday that there has been a very sudden recent correction), we expect the limited availability for land in the Western Division to persist.”

The Western Division would not have survived without the sustainability of the goat industry, one source said.

Tolarno Station, one of the biggest parcels of land in New South Wales, situated on the Darling River about 50km south of Menindee, has been making good money from goats.

The 275,180ha Merino sheep property, comprising Tolarno, Peppora and Wyoming, reportedly musters and sells 10,000 to 15,000 wild goats a year, accounting for about half of the business’s profits. 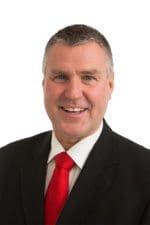 Marty Deacon, the principal of Elders Real Estate in Mildura, Robinvale and Wentworth, said most of the NSW Western Division lent itself to goats.

“While there are a few dedicated goat farmers, most graziers are using goats as a sideline to their beef and sheep operations. Goats have helped many people through the drought – allowing them to stay on their properties longer, reducing debt and making good money.”

“Graziers who have received an income stream from goats are now establishing their properties as dedicated mixed enterprises. They are becoming smarter operators. They no longer muster and sell all their goats – they are fencing paddocks to capitalise on the higher returns.”

Mr Deacon said as a result, property prices in the Western Division had firmed substantially.

“Goats are being taken more seriously now they are making good money, so people are prepared to pay more for suitable country. I have been in the district for 30 years and have seen a huge increase in property prices, particularly in the Western Division where prices have doubled every 10 years.”

“We haven’t experienced that ever in the same time-frame. If or when the bubble bursts, it will surely impact property prices. I can’t imagine properties that are currently making $50/acre would jump to $100/ac.”

“The drier autumn has held a few places back, however improving weather should bring more to the market.”

Mr McIvor said there had been inquiry for a mix of country, but the goat side of the business had been “very, very strong.”

“Compared to beef and sheep, producers have been running goats out of necessity. It has become a very attractive enterprise.”

He said for many graziers, it had been a conscious decision to diversify into goats.

“We run a small merchandise business and fencing is a big part of the goat side of things. An increasing number of locals are trying to establish more useable goat infrastructure for breeding purposes.”

“Goats form a part of that equation. We have seen an increase in enquiry and certainly an increase in the market value of those places over recent years.”

Katie Davies runs a rangeland goat enterprise on Fairmount in Wilcannia, in north-western NSW. She agrees there has been an across the board rise in land values due to an increase in protein demand, including goats.

“The Western Division has been under-rated for a long time. Now it is coming into its own and people are seeing land values increased as a reflection of that ability to produce clean, green, quality protein.”

Ms Davies, who also chairs the NSW Farmers’ Goat Committee, said graziers using a cross commodity approach to their business was an indication that the goat industry is maturing.

“The goat industry is no longer the poor cousin. There is more acceptance across the board that goats are an equal commodity on a property”

“You can use goats as an integrated part of a beef cattle and sheep or wool operation. They give people the opportunity to diversify and hopefully underpin their management structure. Goats are browsers and a different type of landscape manager.”

Ms Davies said an increasing number of graziers are including goats in their budgeted enterprise, as opposed to being ‘opportunistic’ goat harvesters.

“A lot of graziers are transitioning. While there are still opportunistic harvesters, many people are building specific goat paddocks. It is being driven by the increase in prices and the realisation that goats are no longer a pest, but an equal commodity with sheep and cattle.”

She said more stock agents were promoting goats as an equal commodity to sheep and cattle.

“The goat industry is no longer the poor cousin. There is more of an acceptance across the board that goats are an equal commodity on a property. If the sheep and cattle markets are down, goats are there to subsidise them.”

In the meantime, a $60 million small stock abattoir is being built at Bourke in far western NSW. With an estimated 5.8 million goats in the state’s west, the operating plan is process 6000 goats at the facility daily, starting with 3000 a day in the first year.