Weekly property review: Central Australia morphs into corporate territory – who would have thought? OWNERSHIP of grazing land in Central Australia has never been corporatised … until now.

The region has traditionally been held by family grazing interests, but that is rapidly changing. Leading the charge is institutionally-backed Hewitt Cattle, and the man behind the move is prominent Northern Territory cattleman Tim Edmunds.

The buyer was Hewitt Cattle Australia, backed by one of Canada’s largest pension funds, the Public Sector Pension Investment Board.

In February this year, Mr Edmunds made another significant sale to Hewitt Cattle with three adjoining Alice Springs cattle stations purchased for $97 million, with around 25,000 cattle.

He had owned the 259,000ha Narwietooma and the 308,000ha The Derwent and Glen Helen Stations for just 16 months after securing them from well-known Central Australian Tony Davis for a reported $38.5 million, including around 15,000 head of cattle.

Tim Edmunds was unavailable for comment, however in a recent case study released by CommBank, he explained that his vision for the business was built on one thing – understanding an opportunity when it presented itself.

“I love finding opportunities, building and creating something from nothing. Sometimes people get caught in a rut and suddenly the average becomes okay, but you have to look up and think big. I’m a big believer in where you look is where you fall.”

Mr Edmunds described the holdings as having “untapped potential” giving him “the greatest opportunity to build the land back up.”

“I think Central Australia really is the sweet-spot to be in. The land is productive enough, but you need to understand it to make it work for you. The climate and remoteness provide the perfect condition for running a Certified Organic operation,” he said. Mr Edmunds told CommBank the focus at Ambalindum was rebuilding infrastructure and investment.

“It is like drawing a picture on a piece of blank canvas. Not a lot of people want to buy a blank canvas, but if you put good cattle on there with strong genetics, rebuild the infrastructure with solid fences and roads and reappoint water to the right spots, you start to get something pretty beautiful.”

Central Australia has a lot of aging infrastructure and upon purchase, Mr Edmunds focuses on improving fences and roads, dealing with erosion and upgrades as much as possible.

He told CommBank that when he secured Narwietooma, Derwent and Glen Helen, he was working with 30,000 head of cattle, but once the renovations and improvements were completed and at full capacity, cattle numbers could rise to 45,000 head.

There is no doubt Mr Edmunds is an astute businessman who has capitalised on the good seasonal conditions the region has experienced, and stocked his properties accordingly.

And while he is making good money by trading his Central Australian properties, it should be noted that Mr Edmunds has only ever sold to one buyer – Hewitt Cattle – which suggests he must be providing exactly what the company is looking for.

There is no doubt some would like to see more competition, but corporates must now see the viability of Central Australian beef properties, the cost efficiencies of running large holdings in tick-free areas and the suitability of cattle to the current markets. Veteran real estate agent Jock McPherson from Territory Rural McPherson said country in the region once owned by individuals and families, is now being opened up to corporates.

“For many years, there was no interest in Central Australia from the corporates. They viewed it as high-risk, low-rate country. However, attitudes are gradually changing, and this emerging trend will continue when and if better stations come on the market.”

When Mr McPherson went to the Northern Territory in 2000, he observed that much of the country was under-developed.

“Many clients held large tracts of land but were not using it all due to a lack of infrastructure. The number of cattle they ran was dependent on the seasonal conditions.”

“Over the last 20 years, more land has been opened up with the introduction of new waters via poly pipe, troughs and tanks. Similar work has been undertaken on the Barkly Tablelands and as a result, the carrying capacity has been greatly improved.”

Mr McPherson said in the past, Central Australia had been under-rated, but buyers are now realising the opportunities.

“Many corporates have shied away from investing in the region because it is remote and low rainfall country. However, Central Australia runs significant numbers of cattle and the quality has improved greatly.”

Central Australia is tightly held, but Mr McPherson said rising land values are enticing some to sell up.

“Price rises over the past five years are tempting certain people at certain stages of their lives to exit the industry.”

“Local family operators are still strong and are expanding with neighbouring blocks, although it probably takes them a bit longer to come to grips with the actual price they have to pay.”

Mr McPherson said cattle produced in the region are in demand.

“They are highly suitable for both slaughter and live export markets. Central Australia also boasts Certified Organic cattle country and is bluetongue free, giving local cattle access to a wider-range of overseas markets.”

He said Central Australia was ideally located to every market in Australia.

“It may appear to be a long way from anywhere, but it is much the same distance to Adelaide, to Darwin, to Townsville and almost to Perth. We provide cattle to all those markets – either live export or for slaughter. Even though distance comes at a cost, there is greater accessibility.”

“Given a good or reasonable season, Central Australia has the ability to run and fatten cattle on a large scale and relatively cheaply,” he said.

Mr McPherson has welcomed the corporate investment, saying it will help to improve the genetics of Central Australian cattle herds. 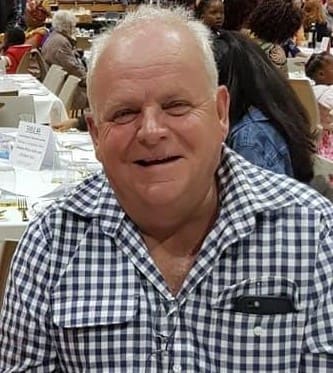 He said up until 15 years ago, local properties were traditionally owned by families.

“The property landscape was changing everywhere else and we thought Central Australia was exempt, however corporatisation is on our doorstep,” he said.

Mr Neville welcomed the investment, saying it gives the pastoral industry a boost, with the flow-on effects helping the Alice Springs economy.

“The Hewitts have put managers on each place which means new families have come into the region. These people are getting involved in the community, supporting local agencies and spending with rural suppliers.”

He said any family operators who have sold in Central Australia have opted to sell due to the favourable conditions and cattle values.

“Land values have doubled in the last five to ten years, commodity prices are high, interest rates are low and the run of bad seasons ended 12 to 18 months ago.”

Frank Peacocke, a Darwin-based valuer at Herron Todd White, said Central Australia was one of the costliest regions in the Northern Territory.

“Ten years ago, beast area values were more evenly spread across the NT. Today, Central Australia is more expensive than the Barkly Tablelands.”

Mr Peacocke believes the emergence of Certified Organic beef demand has been a contributing factor.

“Central Australia is remote, it is relatively cheap country to operate and it has long led the way in organic beef production. However, as the country becomes more expensive, those margins will start to drop.”

Between mid-2018 to mid-2021, HTW research showed underlying pastoral land values in the Northern Territory rose between 30 and 40 percent.

That improvement followed on from a similar value shift over the previous three years (back to mid-2015), putting the 2021 value of NT pastoral land at unprecedented levels.

The analysis was conducted on a land fenced and watered basis and excluded the added value of station buildings, yards and balance (unimproved) land.

“On a land fenced and watered basis, you are comparing apples with apples.”

He estimates the beast area value in Central Australia today sits between $2200 to $2400 adult equivalents (or 1.5AE per sq km across the whole area).

However, as Aristotle said, “one swallow does not a summer make.”

The upcoming sales of Mount Doreen and Neutral Junction will be two critical tests of the Central Australia pastoral market. At 733,000ha, Mt Doreen is one of the largest Certified Organic cattle stations in Central Australia and has been held by the same family since 1932. It runs well over 30,000 cattle on a stretch of country on the Tanami Road 380km northwest of Alice Springs. It is listed with Jesse Manuel at Colliers Agribusiness. Neutral Junction 460,900ha with 7000 cattle is listed with Olivia Thompson from Nutrien Harcourts, Katherine.