MINING magnate Gina Rinehart has arrived as a significant player in the Western Australian pastoral industry this year, but that exposure has moved in a dramatic new direction this week following her first land and beef cattle investment in Eastern Australia. 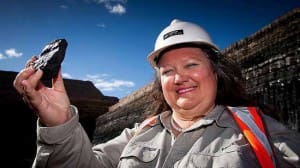 Pastoral Properties (NSW), a company associated with Hancock Prospecting, has completed an agreement to buy Dubbo district grazing properties Boogadah and Caigan, near Mendooran, from businessman Paul Saltieri. It’s been suggested the purchase price was about $25 million.

The transaction was being widely discussed across the Wagyu industry community on Friday. The deal is notable for two main reasons. It represents:

The Greenhills business currently turns off about 600 longfed Fullblood slaughter steers and heifers each year.

Wagyu industry sources rate the genetics contained within the Greenhills herd as equal to the best in Australia, and every bit as good as AA Co’s own Westholme cattle, which serve as something of an industry ‘benchmark.’

Founded in 1997 by the Saltieri family, Greenhills began with the purchase of elite 100pc Japanese Black Wagyu genetics from industry legend Shogo Takeda, from Takeda Farms, one of Japan’s leading Wagyu breeders. Over the past 15 years Greenhills has introduced Westholme and other proven Fullblood genetics to develop a herd that consistently delivers a premium product for customers, the company’s website says. Genetic selection has focused on crossing genetic lines with a proven record of delivering superior marbling and fat colour results with genetic lines that demonstrate enhanced maternal capabilities (an ability to produce milk) and notable physical structure in terms of growth and frame.

A second Greenhills property of the same name near Mossvale in the NSW southern Highlands is not included in the Hancock deal, Beef Central understands, however Wagyu industry sources suggest Hancock would ‘buy more grazing land for Wagyu production if it needs to.’

The cattle are typically fed for 450 days at specialist Wagyu feeder, Geoff Willett’s Maydan feedlot near Warwick, in southern Queensland, and processed at Northern Cooperative Meat Co at Casino.

Cabassi & Co Wagyu have won a string of premium branded beef awards across NSW, Victoria and Queensland over the past five years. Greenhills has supplied cattle that have won gold medals under the Cabassi & Co VIP brand at the Sydney Fine Food Branded Beef Awards for the past five consecutive years.

In July it took a 50 percent stake in Liveringa and Nerrima Stations in the Pilbara/Kimberley, forming a joint venture with Milne AgriGroup under the business name, called Liveringa Station Beef.

A completed deal is said to be ‘just weeks away’ for purchase of four other Kimberley stations, Moola Bulla, Mt Amhurst, Beefwood Park and Shamrock Station. Once that deal is completed, Ms Rinehart is expected to control a substantial cattle herd of around 150,000 head.

Liveringa Beef includes an abattoir at Waroona in the state’s south-west.

The Harvey Beef business also includes an abattoir in WA’s south-west, the only one in the state accredited to send boxed beef to China.