ONE of the biggest grazing property deals seen on the NSW northern slopes in recent times has come to a close, following the completion of separate sales of two large-scale, quality holdings owned by a Sydney family for a combined price understood to be above $32 million.

Retired businessman Fred Millar and his family have finalised the sale of their renowned New England district properties, Macintyre Station and Myall Creek, which they have developed and expanded to showcase standard since their purchase in 1987 and 1994, respectively.

The combined sales rate alongside the divestment of 30,000ha Upper Hunter grazing property Glenrock Station, rumoured to have made as much as $45 million when bought by Chinese interests in March, although that deal is yet to pass Foreign Investment Review Board approval. 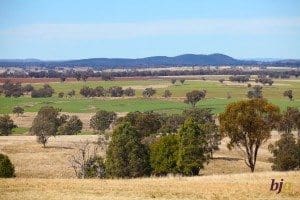 Macintyre Station – click image for a larger view, or see gallery at base of page

The sale of Macintyre Station, one of the largest and most highly-regarded grazing holdings on the New England tableland at almost 8000ha, has just been finalised to a partnership of Moree grain farmers.

Beef Central understands the price was about $23 million, bare of stock, which values the holding at $2875/ha.

Now 92, Mr Millar – a one-time chairman of TNT Ltd and member at various times of wool and meat industry bodies – bought Macintyre Station in 1987 to complement his adjoining Kooroon Station, purchased in 1974. He progressively added adjoining blocks to take the original 3800ha land-area to its current area of 8000ha.

Despite his busy professional life, Mr Millar had an enduring passion for the bush and the cattle industry in particular. However the sheer scale of the Macintyre/Myall Creek aggregation became too much for the family to continue to manage, hence their decision to wind-up the family’s pastoral affairs and divest both properties.

The Millars were only the fifth owners of Macintyre Station since it was settled as part of the 40,000ha Bukkulla Run by pioneer settler George Wyndham in 1839.

Despite their farming origins, and Macintyre’s history as a mixed grazing/farming operation, the new owners have a clear intent to convert the property’s large arable areas back to 100pc beef production. Click here to access a separate story published this morning outlining the new owners’ plans.

Coincidentally, a second ‘very strong’ offer was posted for Macintyre Station the same day as the successful offer from the Carossa Farming group.  The second entity was described as an international investor, with existing grazing interests in Eastern Australia. They, too, had similar intentions to run the property solely for beef production.

Although it has traditionally been operated as a mixed farming/grazing enterprise, estimates suggest Macintyre Station with a little more water and fencing development can run 10,000 head as a straight backgrounder operation, or 4000 breeders.

Located about 35km north of Inverell, the property is arguably the largest holding in the New England region, offering serious production scale, flexibility of land-use, abundant water and excellent improvements.

About 6600ha is made up of deep, fertile river flats through to the black, chocolate and red basalts. Up to 4100ha has been used in the past for rotational cropping operations, enjoying a reliable 750mm average annual rainfall.

The property is extremely well-watered with a 20km frontage to the Macintyre River, plus numerous spring-fed creeks and dams. An 820ML irrigation licence is used for two fully developed centre pivot systems. The holding also includes a licensed 1000-head feedlot, which was used for many years to supply up to 5000 head each year for a supermarket contract.

In recent times Macintyre Station has been used for large scale cropping programs, as well as running a breeding herd of 1600 Angus and Brangus cows, with progeny weaned on to oats and lucerne and grown out to sale weights of about 400kg. Complementing this program has been the annual backgrounding of 700 weaners bred on Myall Creek, plus finishing 600 to 1000 bought-in steers when seasons permit.

Excellent improvements include the historic Macintyre homestead and numerous staff houses and cottages.

The completion of the transaction on Macintyre Station, due to settle on June 19, completes the divestment process for the Millar family, having earlier sold their second northern NSW property, Myall Creek Station.

A 4000ha holding located between Bingara and Delungra, about 50 minutes from Macintyre Station, Myall Creek was bought for $9.2 million by southern NSW farmers and graziers Bob McGregor and family, operating as AM McGregor and Son. 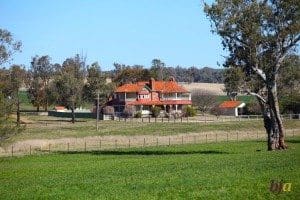 The Myall Creek homestead was built in 1895

About 30pc of the 4000ha of mostly basalt country on Myall Creek has historically been used for farming, with the balance improved and native pastures.

The McGregors have plans to further developing the property, with the main emphasis on cattle backgrounding and finishing, and breeding. The will continue to grow about 1000 of winter and summer crop, plus running about 400 breeders, and are currently running around 1200 yearling-type cattle to take to heavy feedlot entry weights.

A top-dressing program with single super and narrow-leaf clover has already started, and about 500ha of lucerne has already gone in, as well as substantial areas of oats and grazing canola. On better farming country, a fair bit of oats will be grown, to harvest.

“We think we can lift the current 1200 head of yearlings up to 2000 a year, once we have the place set up the way we want it,” Mr McGregor told Beef Central.

Boasting extensive areas alluvial creek flats through to black and chocolate basalt soils, Myall Creek has also been used by the Millars for mixed farming and cattle operations, including breeding and backgrounding programs, plus lambs. About 800 Brangus cows have been run, together with extensive cropping operations. The property is securely watered with a 7km double frontage to Myall Creek, springs, 50 dams, ten bores and a 195ML irrigation licence.

Macintyre Station and Myall Creek, about 50 minutes apart, have for many years been run as an aggregation under the general management of Greg Stevens, who followed his father into the role in 2001.