THE Federal Government has launched a controversial plan to force vendors to give Australian buyers fair opportunity to buy agricultural land assets before they are sold to foreign investors.

Agricultural land being offered for sale will in future be subjected to tough new rules that mandate vendors to advertise and market agricultural land to Australians, before any sale to foreign interests is negotiated. 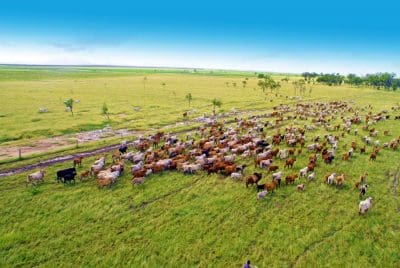 The rules, established through the Foreign Investment Review Board, mean Australian farmland worth more than $15 million must be marketed widely to potential Australian bidders for a minimum of 30 days, and Australian interests must be given an opportunity to participate in the sale process, before sale to a foreign buyer.

The new 30-day advertising clause will become part of the guidelines considered by FIRB when assessing the sale of farmland. Rules introduced in 2015 require FIRB approval on all farmland worth $15 million or more.

The full wording of the new rule is published at the base of this page.

Treasurer Scott Morrison issued a statement saying that subject to exceptional circumstances, foreign investors must demonstrate that agricultural land they intend to acquire has been part of a public sales process and marketed widely to potential Australian bidders for a minimum of 30 days, and Australian bidders have had an opportunity to participate in the sale process.

“Concerns around the ability of Australians to participate in the sale process of agricultural land acquisitions have been a factor in my previous foreign investment decisions, including approval of the sale of S. Kidman & Co,” he said.

“Subject to exceptional circumstances, foreign investors will need to demonstrate that agricultural land they intend to acquire has been part of a public sales process and marketed widely to potential Australian bidders for a minimum of 30 days, and Australian bidders have had an opportunity to participate in the sale process.”

The process raises questions about how ‘off market’ property deals would be conducted in future, where no public disclosures are made before sale agreement is reached between buyer and seller.

Agriculture minister David Littleproud said the coalition government understood that the Australian community must have confidence that foreign investment would bring real benefits, and this included ensuring that Australians had adequate opportunity to invest in Australian land.

“Our agricultural land and water resources are arguably our nation’s most valuable natural assets and I know there have been concerns around the ability of Australians to participate in the sale process of that land, including approval of the sale of S. Kidman & Co,” he said.

“People want transparency when it comes to foreign ownership and these new rules are another step forward to deliver that aim.”

“Genuine above-board foreign investors have not been concerned by the government’s measures to improve oversight and transparency. We have reduced the screening threshold for foreign purchases of agricultural land from $252 million to $15 million and established the agricultural land register—giving us the first comprehensive baseline picture of foreign ownership of Australian agricultural land.”

Labor agriculture spokesman Joel Fitzgibbon condemned the plan, which he described as an attempt to lift the Government’s support among voters.

“This is just a political stunt that sends all the wrong messages to investors,” he said.

“A farmer selling his or her land will always seek the highest bidder. Therefore, they will advertise or seek interest both domestically and overseas. This makes no change whatsoever. Anything that makes it more difficult for investors is a bad thing for Australian agriculture.”

The specific wording for the new FIRB rule says:

As part of the national interest test, the decision maker (FIRB) will consider whether there was an opportunity for Australians to acquire a given parcel of agricultural land. The decision maker will have regard to the openness and transparency of the sale process.

Generally, approval will not be granted for any acquisition of agricultural land that was not offered for sale publicly and ‘marketed widely2’ for a minimum of 30 days. The purpose of this requirement is to ensure Australians have had sufficient opportunity to bid in any sale process of agricultural land.

The responsibility is on the applicant to demonstrate how they became aware that the property was advertised for sale and whether the acquisition was subject to an open and transparent sale process. Applicants may be requested to provide evidence of the sale process.

Exceptions to this requirement include acquisitions where the applicant:

More information about the proposal is available here.