Mantuan Downs The property was marketed with a claimed year-in, year-out carrying capacity is 18,000 adult equivalent cattle in normal seasons. About 12,000 head of commercial and stud cattle were included in the sale.

Mantuan is one of the jewels in the crown among the seven prized grazing assets held by Clark & Tait which were offered to the market under an expressions of interest process in August last year.

No price was disclosed, however valuation analysis prior to the sale suggested a sale figure in excess of $60 million, bare of stock, ranking it among the biggest sales in northern Australia in the past 12 months. A sale price around $60m would equate to a beast area value of around $4000/adult equivalent, given the wide range of land types present.

Located 100km southwest of Springsure, Mantuan Downs is a large-scale cattle breeding & finishing property covering 134,000ha. It comprises an aggregation of two term lease pastoral leases – Castlevale, to the west fronting the escarpments of the Great Dividing Range and Mantuan Downs to the east, plus three freehold parcels known as Semper Idem towards the south east on the bottom end of the Mantuan Downs lease.

The property was marketed with a claimed year-in, year-out carrying capacity is 18,000 adult equivalent cattle in normal seasons. About 11,200 head of commercial cattle and 823 stud cattle were included in the sale, valued separately in one assessment at around $9.5 million. 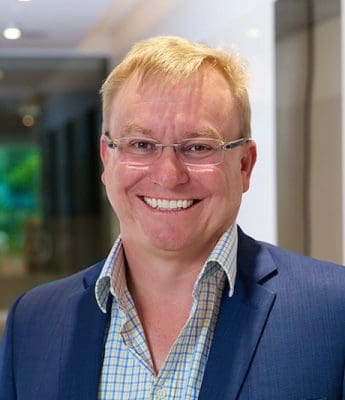 Young cattle consigned to Mantuan could come either off Alexandria Downs on the Barkly, or NAPCo’s channel country holdings, he said.

“From our perspective, we looked at the property portfolio, and strategically it made sense to build our presence in the Springsure area,” Mr Brimblecombe said.

“We already have a substantial breeding holding on the Barkly; and a substantial grower holding in the channel country. The purchase of Mantuan builds on our third target region in Central Queensland. Seasons-wise it makes sense to spread our risk in this way,” he said.

Mr Brimblecombe said part of the reason for the Mantuan purchase revolved around opportunities to further increase carrying capacity on the company’s Barkly breeding country, centred on Alexandria.

“With the return to more normal seasons, we think there will be growth in our norther breeding capacity, through additional waters and fencing,” he said. “That, in itself, will grow the need for more backgrounding capacity.”

Additionally, room needed to be found for company cattle previously run on leased country owned by miners, including Gordon Downs and Landsborough, which have now been handed back.

Mantuan Downs has been used by Clark & Tait as a breeding, backgrounding and fattening property, with weaners bred on Mantuan and placed on Castlevale to grow out for two years. They are then placed on blade-ploughed country on Castlevale, from where they are sold into the feeder or export slaughter market.

There is significant water infrastructure across the property with the water development described as ‘close to fully-developed’. There are almost 50 dams, 20 serviced bores, and 33 tanks servicing 150 troughs through 105km of poly pipe – all in good order.

In the last 20 years Clark & Tait has spent about $1.3 million on water improvements on the property. Around 90pc of the useable country is within three km of a watering point.

There are also some supplies of natural water available, including holes on the Claude River towards, and a permanent spring in Middle Paddock which flows out from the ranges.

Fencing and laneways are built to a high standard.

In this summary of developments in the sale of the Clark & Tait grazing assets published a fortnight ago, Beef Central wrote that one of the unconditional contracts on the properties signed before Christmas was with a large pastoral company – at that time not identified as NAPCo.

Brisbane financial and accounting firm, Bentleys, which is handling the marketing of the Clark & Tait assets, says it hoped to have the remaining property sales process completed by the end of February.

In other Central Queensland property news this week, versatile Central Highlands farming and grazing property Capella Downs has been sold, after a competitive expressions of interest sale campaign.

No price was disclosed, but the successful bidders were local cattle producers Philip and Debra Reid, Paringa Rural Investments. Capella Downs comprises a good mix of country ranging from brigalow, bottletree and softwood scrub to undulating box and ironbark forest with mountain coolibah tops and slopes, plus some black soil hollows and downs country.

Predominant grasses include buffel, blue grass, forest and other Mitchell grasses and speargrass. Capella Downs received about 50mm of rain over the past week, but like much of Central Queensland, falls have been very patchy.

Country is divided into 11 main paddocks, incorporating an internal laneway system for ease of cattle movement. There is 9km of new boundary fence, all steel with four heavy barb. There are also sections of five barb on rosewood posts with steel droppers and near-new four barb on rosewood & steel posts.

About 600ha has been used for cultivation by sharefarmers.

There are nine dams plus a semi-permanent well near the homestead. In addition, there is seasonal water in Rocky Bar and Belcong Creeks.