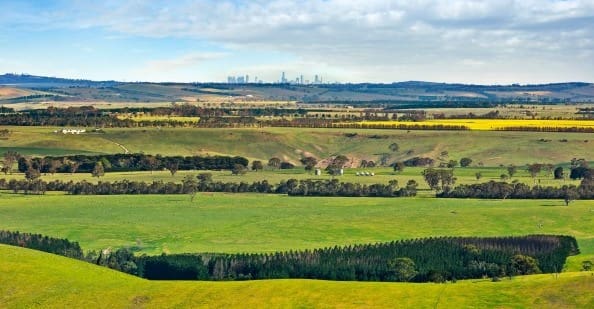 With the Melbourne CBD skyline in the distance, 714ha grazing and dryland farming operation Glengarry near Darraweit Guim is one of the largest individual landholdings in the Macedon Ranges Shire. Five years after it was last listed for sale, Glengarry is back on the market with price expectations of about $18 million.

Peri-urban development property around Melbourne is set for a rebound this year, according to two real estate agents and land experts.

According to Peter Sagar and Paul Callanan, who are both based in the southern capital, the medium to long term outlook is positive for development property with an easing of lockdown restrictions, a rebounding economy fuelled by continued low interest rates and easing of lending restrictions.

Both are specialists in large-scale and medium density greenfield and peri-urban development transactions on urban fringes for major companies and developers.

Beef Central published this earlier article about the booming market for former farming and grazing land on the per-urban fringes of Australia’s capital cities, especially Melbourne.

The pair’s primary focus will be on development opportunities in the growth corridors of middle to outer suburbs of capital cities and regional centres with transactions of super-lots in master planned communities and larger englobo* land parcels. 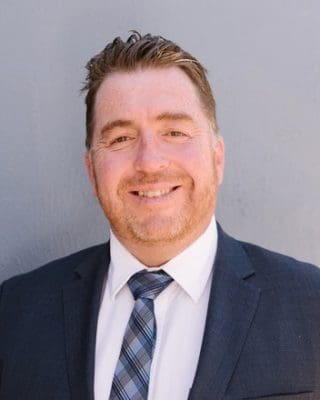 According to Mr Sagar, coronavirus had resulted in a shift away from city centres and apartment living to suburban fringes and rural residential locations as more people embrace working from home.

“So the impact of COVID and working from home, and the impact of technology and the desire for a lower density lifestyle I believe has made a lot of people seek-out a tree and sea change, and I guess more land for their buck.”

Mr Sagar said the reason LAWD added a development arm to its business was there were synergies in combining agribusiness real estate transactions with land development opportunities. He regards his experience as a land developer with major companies, an agent and valuer overlapping with LAWD farmer clients, seeking advice on subdivision in or near a town or regional centre. 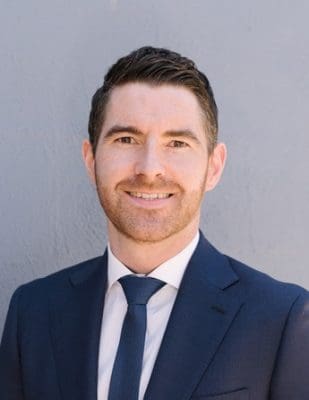 While he and Mr Callanan are active nationally, their main focus will be Melbourne, which boasts the biggest peri-urban development industry in Australia.

“More than one third of all land lot sales occur in Melbourne’s greenfield development corridors,” Mr Sagar said. “The size of the market in Melbourne will probably mean we will be initially focusing here; and then southeast Queensland will be a logical next step for us and potentially Western Australia because it has experienced a renaissance recently.

“So I would say our key activities this year will be looking after some of our corporate developer clients selling medium density townhouse sites for them on the urban fringe. Also, finding farms that have development potential and selling those for clients.”

Mr Sagar said the LAWD development team had a pipeline of regional opportunities. “For anyone sitting on a super block near a regional town or whatever it might be a good time to contact us and think about doing something with it because the market has never been as strong in that area.”

Mr Callanan said from an owner-occupier and investment perspective, there were strong yields being produced from some outer suburb residential assets and in regional locations where historically the challenge had been a lack of capital growth. Yields of four to five percent were being achieved in some regional towns.

“So you’re making money by buying property providing that you can find a suitable tenant. And with this swing to regions it would seem that the likelihood of getting a tenant is high,” he said.