Located 150km south of Townsville and 80km southeast of Charters Towers, adjacent to Dalrymple Lake, the parcel of land covers more than 87,000ha with an estimated carrying capacity of 8500 Adult Equivalent cattle.

The large-scale breeding aggregation includes Mt Cooper and Harvest Home stations, which are being offered in one line or as separate assets, assets along with the option to purchase about 7000 high-quality Brahman composite cattle. 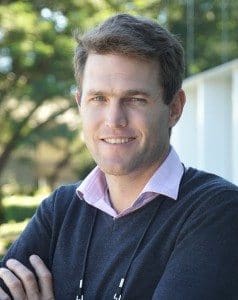 Hewitt Cattle Australia chief executive Mick Hewitt said after many years of successfully operating in the North Queensland region, the time had come to divest the Mt Cooper aggregation, as the company continues to expand its focus in regions targeting Certified Organic production.

“Given this change in focus, these assets are no longer as strategically relevant to our growing organic grazing, processing and retailing portfolio,” Mr Hewitt said.

As part of a broader strategy, Hewitt Cattle has completed Organic conversion on a number of more recently-purchased and existing company holdings over the past three or four years, and is now considered one of the larger investors in organic beef and lamb production in Australia.

Backed by a Canadian pension fund, Hewitt Cattle has put together a portfolio of mostly northern Australian grazing assets estimated to have cost around $250 million in the past four or five years.

In 2017 it purchased the Amberlindum aggregation in Central Australia, along with a 1700ha irrigation property near Narrandera in southern NSW used for lamb production. “As a company we are proud of the extensive investment we have made in the North Queensland region over many years and, in particular, the high standard of infrastructure and pasture development implemented across both Mt Cooper and Harvest Home during our tenure,” Mick Hewitt said.

“These are magnificent assets that have served the business well for many years, but this is part of a move by the company to optimise its portfolio,” he said.

His brother Ben Hewitt, COO of Hewitt Cattle Australia, said as his family’s former home, the sale of the Mt Cooper Aggregation reflected a progressive change in the company’s strategic direction.

“We are proud to offer these well-developed northern pastoral assets to the market following many years of dedicated development initiatives focused on improving productivity and ease of management across the aggregation,” he said.

“Knowing the property as well as I do, I have every confidence the successful purchasers will reap the benefits of this investment, particularly given the recent rainfall, which has set them up perfectly moving forward.”

Asked if there were further property acquisitions likely as part of Hewitt Cattle Australia’s heightened focus on organic production, Mick Hewitt told Beef Central that as a well-funded business, HCA was always looking for opportunities to expand.

Queensland Rural’s Peter Macpherson and Troy Trevor along with CBRE Agribusiness’s Danny Thomas and Simon Cudmore have been appointed to sell the aggregation.

“We expect high market participation from all buyer segments, particularly given the low interest rate environment and exchange rate settings,” he said.

The Mt Cooper aggregation is being offered for sale by expressions of interest closing Monday 8 June.